Expedia bans holidays that include captive dolphin and whale shows

Travel giant Expedia is the latest holiday company to stop selling holidays that include performances of captive dolphins and whales.

Expedia Group took to Twitter to announce its monumental move to adjust its animal welfare policy for the better.

Moreover, campaigners are hopeful that Expedia’s latest announcement will influence more travel companies to do the same.

In Expedia’s wildlife guidelines, it says: “We prohibit activities that feature interactions with or performances by dolphins, whales, and other cetaceans.

“Seaside sanctuaries that provide captive animals with a permanent seaside living environment are allowed if they are accredited and do not feature interactions or performance.”

Additionally, the company highlights it only works with zoos and aquariums that are members of or are in the process of gaining accreditation from the World Association of Zoos and Aquariums.

In a statement, Katheryn Wise from World Animal Protection said: “This is amazing news and something we have been campaigning for since 2019.

Wise continued to explain the animal welfare group gained over 350,000 supporters in its campaign to stop Expedia from promoting cruel dolphin and whale shows.

They added: “It’s time for other travel giants like TUI to do the right thing and follow suit.” 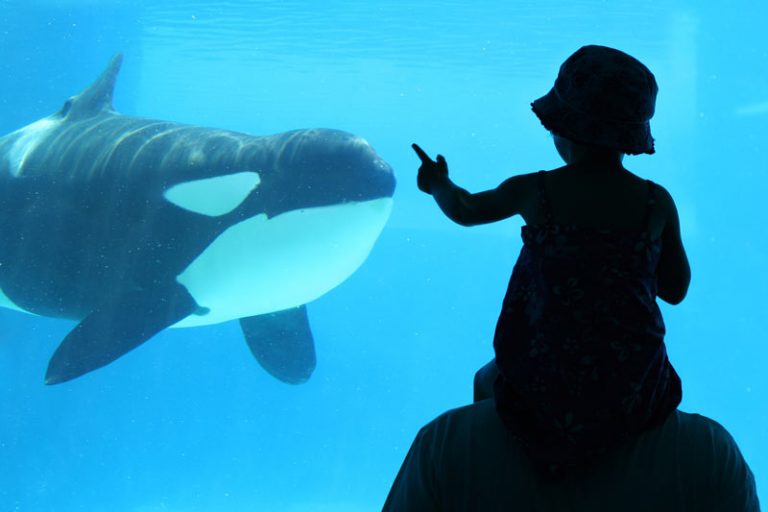 Is this the end of the exploitation of captive dolphins and whales?

In recent years, there has been a surge in demand to end performances of captive dolphins and whales.

Since the release of the documentary Blackfish, venues such as SeaWorld have seen a sharp decline in attendance and support.

Additionally, the added pressure for campaigners has forced travel giants Virgin Holidays and Thomas Cook to stop the sale of SeaWorld tickets and rethink its animal welfare policy.

Furthermore, it is clear that mass campaigning to end the exploration of animals is working.

Want to minimise your impact on the planet while travelling?
Here’s our guide to exploring the world sustainably!