Breakthrough protein creator The EVERY Co. has launched a new vegan egg white product with no chickens in sight. To celebrate, it's partnered with luxury bakery Chantal Guillon, to create a range of limited edition macarons using the revolutionary product.

If you’re not a fan of aquafaba, egg white can be a really hard ingredient to substitute in vegan recipes. However, the new vegan egg white named the EVERY EggWhite has just officially launched to solve that problem!

This revolutionary product means bakers and chefs can now have the same culinary function of egg whites, but without the use of any chickens.

What sets this egg white apart from the other plant-based alternatives is that it has been grown and fermented to replicate the actual DNA from chicken egg whites.

To do this EVERY has looked at the DNA make-up for chicken egg whites and has recreated them using yeast and sugar. Everything is entirely plant-based and there are no animal cells involved.

This revolutionary process of fermentation has produced an entirely animal-free egg white. It is the latest endeavour from the company that aims to decouple the world’s proteins from the animals that make them.

Due to the very similar genetic nature of this new product, even though derived entirely from plant-based sources, those who suffer from egg allergies are not advised to consume it.

EVERY’s animal-free proteins will be available from Ingredion who ship globally. EVERY is also partnering with food companies to develop products made from its current range of proteins. 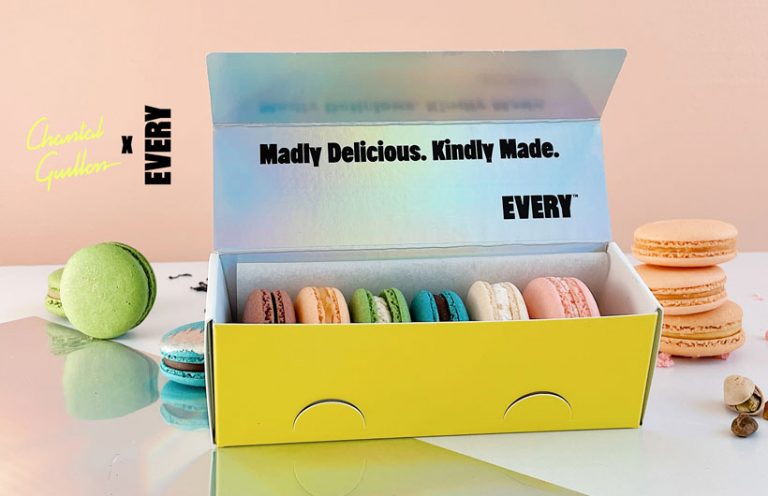 EVERY’s EggWhites have the same ability to whip and can create the same height and foam as chicken-derived eggs.

To test the potential of this breakthrough product, EVERY has partnered with the popular bakery Chantal Guillon to make what may be one of the hardest foods to replicate; the macaron.

Chef Patrick Lassaque, co-owner of San Francisco-based Chantal Guillon said: “We never compromise on our quality or taste, which is why we were elated to partner with EVERY™ to do what’s never been done before: create a truly uncompromised macaron for the world – kind, sustainable, and incredibly delicious. Bon Appetit!”

The resulting product has come out successfully and is now available as a limited edition from the bakery.

Due to the nature of the EVERY EggWhite, there is no factory farming involved in the process at all.

These limited edition macarons can be shipped all across the US and are priced at $28 a box. The variety of flavours consists of Earl Grey, passionfruit, pistachio, strawberry, Tahitian vanilla and dark chocolate!

Ever wanted to make your own macarons? We have 11 vegan macaron recipes for you to try right now!