Enjoy a night of vegan comedy acts at Stand Up For Viva!

Viva!, the UK’s leading vegan charity who have been campaigning for a vegan world and exposing shocking conditions in factory farms across the UK, are celebrating their 25th birthday with an exclusive night of vegan comedy acts. 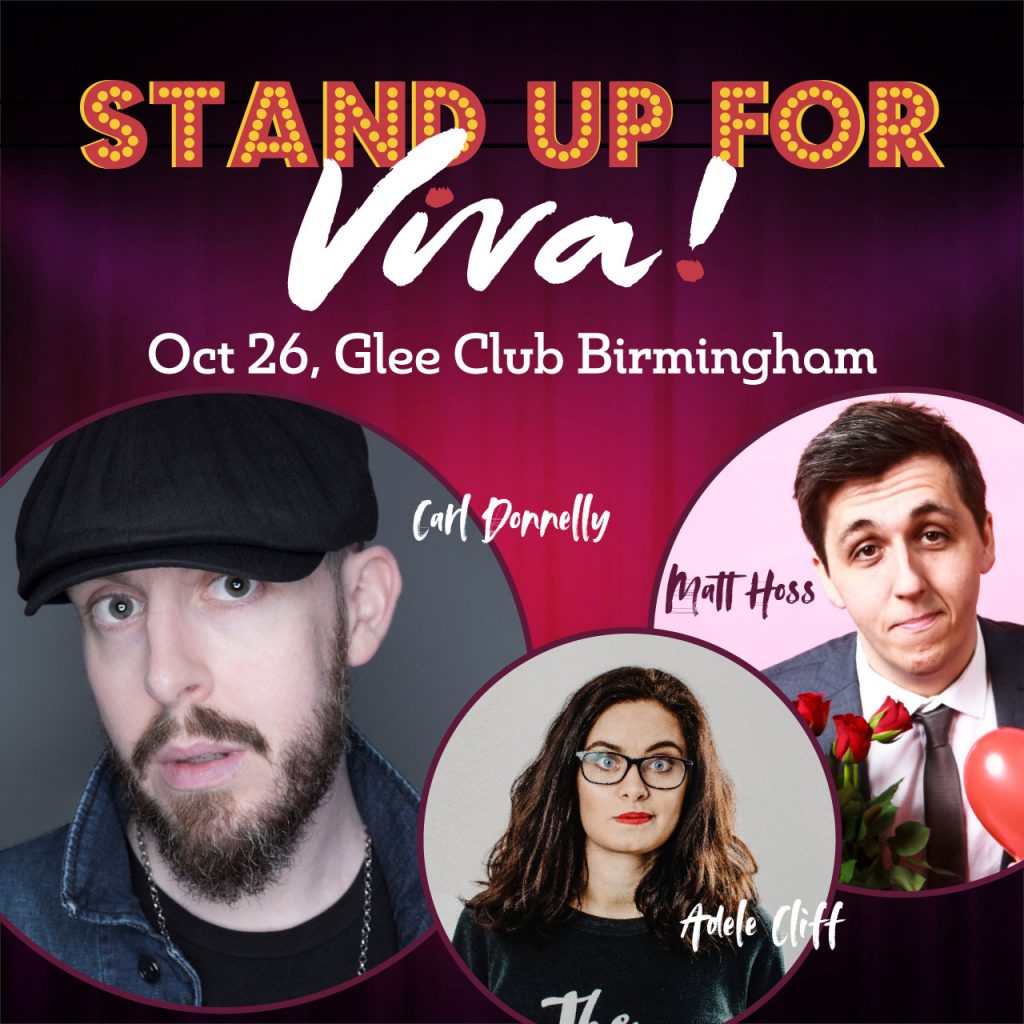 Boasting a star-studded line-up, Stand Up ForViva! is a comedy night like no other. With an entirely vegan line-up it promises to be more fun than a Gregg’s sausage roll.

Headlining, is funny-man Carl Donnelly, star of Mock the Week and Dave’s One Night Stand, who will be joined by two of the UK’s hottest up and coming comedians, Chris Stokes and Adele Cliff.

Adele is known for her hilarious jokes, with one particularly rib-tickling joke scooping up the top prize for Dave’s Funniest Jokes of the Fringe in 2016 and 2017 whilst Chris Stokes is the host of the hilarious MysteryontheRox podcast.

The event, which takes place on October 26 at the Glee Club in Birmingham, will be hosted by comedy king Matt Hoss, host of regular comedy night, Viva Las Vegans, who is currently touring with his new show, Here Comes Your Man.

Why not get your giggle on and support the UK’s leading charity at the same time? Tickets are £15 and all proceeds from ticket sales will go to the Viva!.