Developed due to popular demand, the vegan dessert has an indulgent layer of Lotus Biscoff spread, followed by a thick layer of vanilla cheesecake and TECC’s signature crunchy biscuit base. We’ll take 10, please.

We think this decadent dessert will be perfect for summer picnics, barbeques, or special occasions. You can of course have it all to yourself if sharing isn’t on the cards. 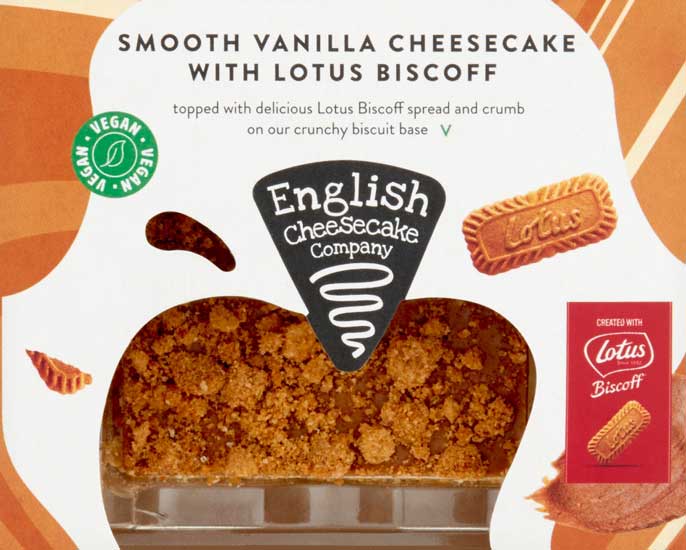 In addition, the latest vegan creation is the third vegan cheesecake release from TECC to Waitrose. The Cookies & Cream vegan cheesecake slice satisfies vegans with a sweet tooth, with a luxurious chocolate cheesecake topped with chocolate fudge and cookie chunks on a crunchy chocolate biscuit base.

TECC recommends enjoying the cheesecake semi-frozen as a substitute for ice cream, we can’t wait to try it.

Lotus Biscoff has become an accidentally vegan hit over the years, especially Biscoff cheesecake. Over the last year, many high-street cafes and restaurants have released their version of the indulgent dessert including Costa and Zizzi’s.

As well as stocking in Waitrose, The English Cheesecake Company also provide whole vegan cheesecakes and tray bakes on their website.