The Eden Project has launched a pop-up café to make it easier for people to choose plant-based options this Veganuary.

Finding vegan food on-the-go can be tricky, but the Eden Project in Cornwall is keen to make it easier for its visitors to go vegan this Veganuary with the launch of its new vegan pop-up cafe, Vegan Kitchen.

Open each weekend until the end of January, Vegan Kitchen will offer visitors to the Eden Project the chance to tuck into sourdough toasties, sweet chili and chickpea pastry rolls and stewpots, alongside vegan drinks such as hot chocolate, soya and oat milk-based teas, coffees and herbal lattes. 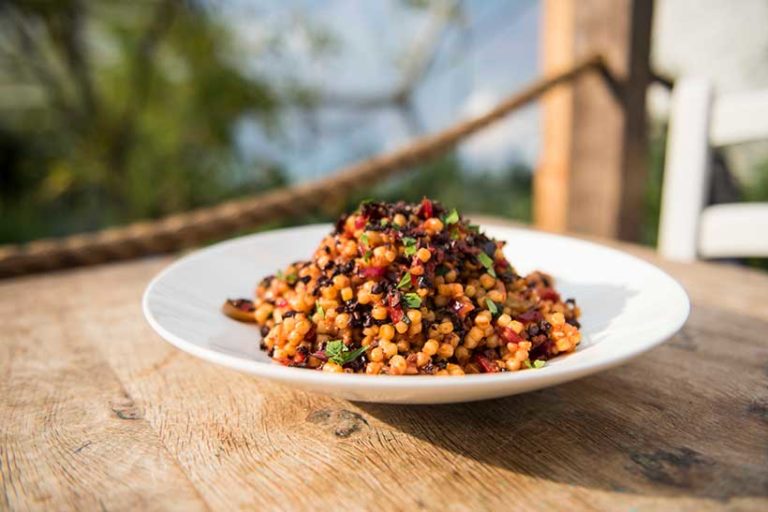 As well as opening a plant-based pop-up to bring more awareness to vegan diets, Eden also offers a wide selection of meat-free options in its multiple restaurants such as a hearty mushroom, leek and tarragon pie, as well as a beetroot, coconut and roast vegetable stew with a dhal crust.

The Eden Grill next to the skating rink features a tasty Beyond Meat burger which is currently being sold at the same price as the classic burger to encourage more people to give it a try.

In the Mediterranean Kitchen, there is a wide selection of vegan dishes, including carbonara-style vegan pasta, beetroot and vegan feta risotto as well as dairy-free pizzas.

Visitors can also treat themselves at the Eden Pasty outlets, where they can find vegan pasties and falafel wraps.

There is also an array of tasty treats and sweet delights available in all of Eden’s cafes, such as vegan carrot cake and vegan raspberry and chocolate cake. Eden’s Ice Cream Parlour also serves a selection of vegan ice creams.

In a statement sent to Vegan Food & Living, Becky Fenner, Eden’s Hospitality Manager, said: “Our vegan pop-up café gives visitors who are taking part in Veganuary or just looking for meat-free alternatives extra options when they come to visit Eden this month as well as making them confident that all the products in this one food stall are vegan.

“We already have a great selection of vegan options across our site and we would encourage our visitors to stop at any of these venues to give them a try.”

For more information on vegan dishes that are served at Eden visit https://www.edenproject.com/visit/whats-here/food-and-drink