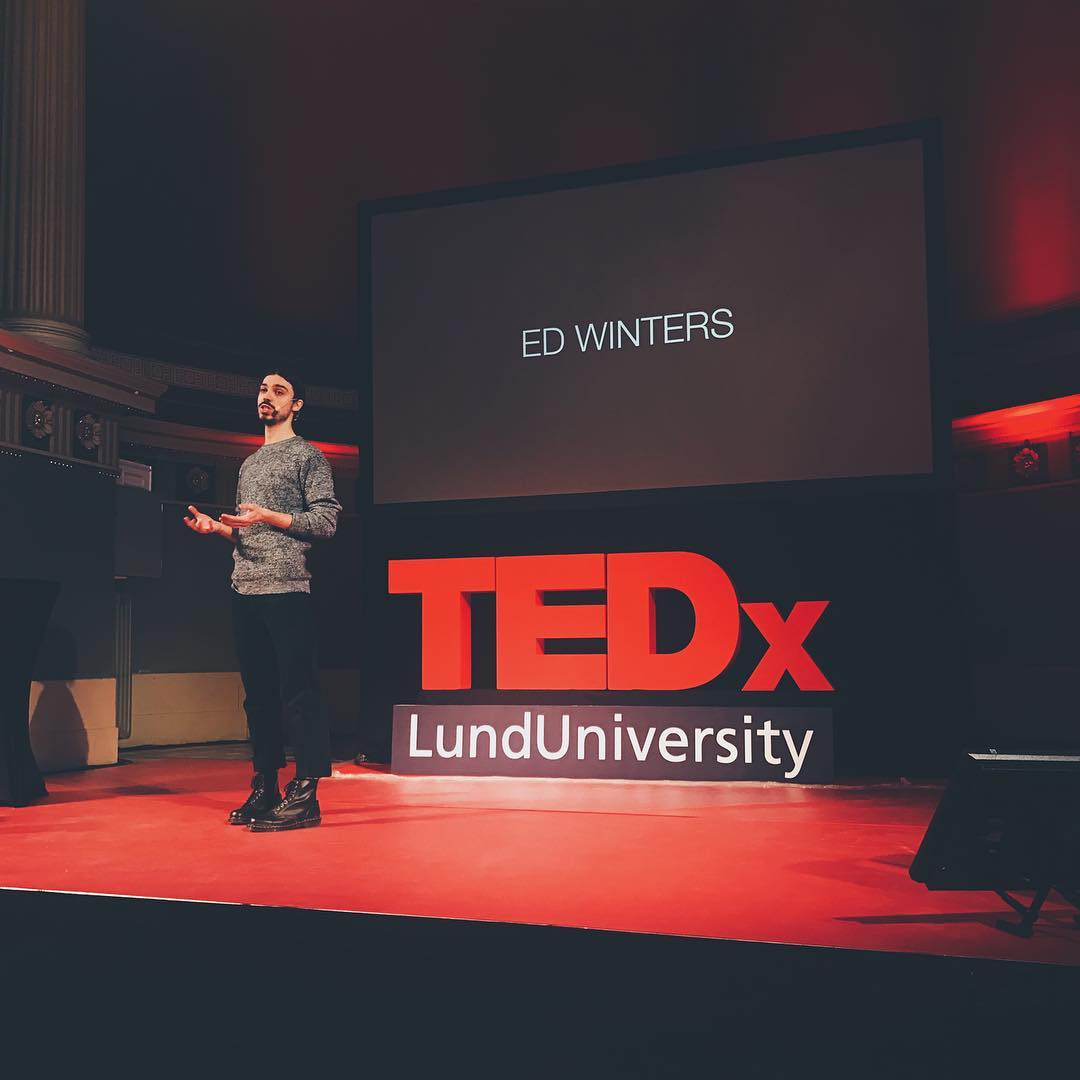 Taking to Instagram stories, Ed announced that the talk was finally available to view online, telling his followers: “I tried to talk about a broad range [of subjects] so I talk a lot about the hidden truth in the dairy, things that consumers simply aren’t aware of, but I also talk about the need to challenge dominant paradigms and how important change throughout history and indeed into the future will always come about by people challenging what’s seen as normal.

“So I really hope that resonates with you and that you like the talk in general.”

The TEDx talk, titled ‘The Ostrich Effect: The truth we hide from ourselves’, starts with Earthling Ed describing a horrific visit to a Southeast Asian dog meat farm where he witnessed extreme violence inflicted on helpless animals, encouraging viewers to draw parallels between an animal that is beloved by many and the way farmed animals are treated.

Winters recalls seeing “dogs with their tails cut off, their teeth cut out, and their ears mutilated” and “saw a recurring pattern, a theme of dogs with deep lacerations, open wounds, and bloody sores. They had been caused by the other dogs who had, from their extreme bordem, frustration, and even insanity, chosen to attack and cannibalize the other dogs.”

As one of the biggest names in the vegan community, Ed has given many inspirational tips and talks about veganism to his community of followers. His documentary, Land of Hope and Glory, revealed the truth behind UK animal farming and currently has over 245,000 views.

He is also known for visiting universities, promoting the ethical and environmental benefits of the vegan lifestyle to students, and for running the vegan campaigning organisation Surge.