Earthling Ed and Evanna Lynch to headline Vegan Camp Out 2022

Vegan Camp Out is back for another year and another star-studded line-up.

Due to popular demand, festival-goers can enjoy an extra day of inspiring food, talks, and workshops at the iconic festival.

Moreover, Vegan Camp Out 2022 will take place in its new regal home at Stafford Hall, Leicestershire, from July 15th to 18th.

There are a number of incredible and inspiring stars joining Evanna Lynch and Earthing Ed at this year’s vegan festival.

In addition, vegan icons such as Avant-Garde Vegan, Lucy Watson, and Matt Pritchard will also make an appearance.

In a statement to Plant Based News, a spokesperson from the festival said: “We are so happy to be back for Vegan Camp Out number six.

“We’ve got our biggest line-up yet and are finally adding an additional day to the festival to give people more time.”

Furthermore, the spokesperson claimed this year’s festival will be the biggest event yet! 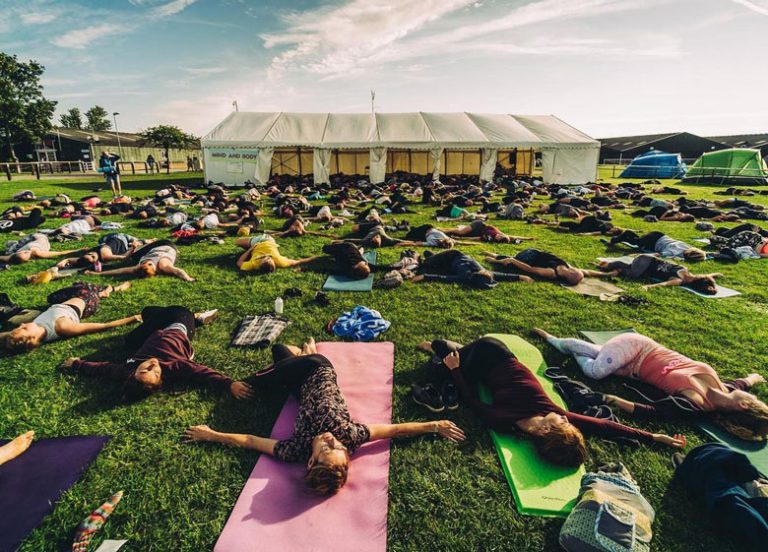 Vegan Camp Out first launched in 2016 with just 400 passionate attendees.

Over the years, the festival has rapidly grown and is expecting to see a crowd of almost 15,000 at this year’s event.

Not only does the camp out host inspiring talks, but it also is known for its legendary vegan food vendors.

Book your Vegan Camp Out 2022 tickets

Tickets for the Vegan Camp Out are now on sale.

Prices range from £70 for weekend adult tickets and just £30 for children. Children ages 0 to 3 get free entry!

Planning your next camping adventure?
Here are our favourite vegan recipes for outdoor cooking!