Due to the fast-growing demand from consumers for vegan options, leading pizza chain Domino’s is trialling a brand new vegan pizza, complete with vegan cheese. 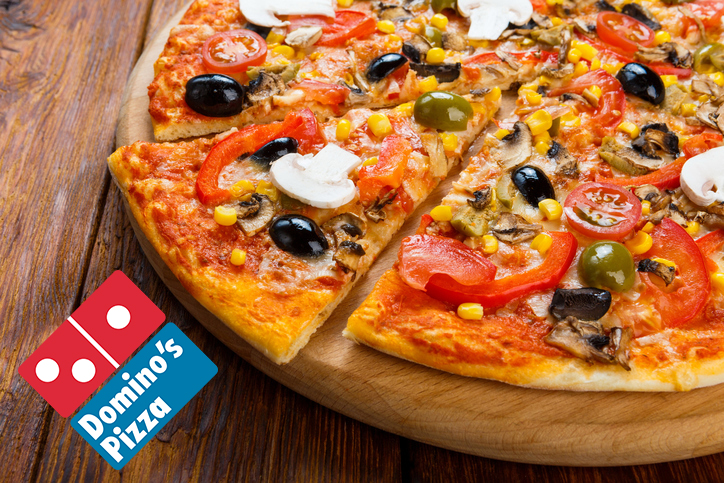 A ‘Vegan Supreme’ pizza option has recently appeared on the Domino’s web app. The pizza, topped with vegan cheese, is currently being trialled in select UK stores.

So far, the new option has reportedly only been spotted at a select number of Domino’s Pizza franchises, including Durham and Milton Keynes. According to the web app, it has a ‘vegan crust’, and is topped with vegan cheese (rumoured to be made by Bute Island), Domino’s tomato sauce, green and red peppers, mushrooms, red onions, sweetcorn and tomato. This is good news for UK vegans as until now all of the bases have contained egg or milk. Many eagle eye vegans have spotted that the new vegan base listed eggs as an ingredient, but Domino’s has since confirmed this to be an error that has now been rectified on the site. 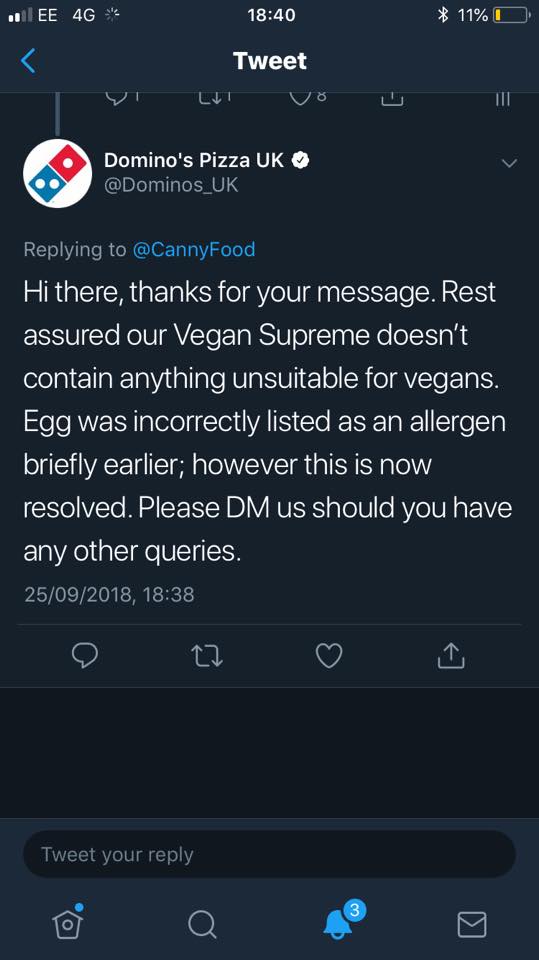 At the beginning of this year, Domino’s Australia trialled vegan cheese from dairy-free brand Follow Your Heart. The trial was so successful that vegan options were added to the permanent menu across the Australian stores. A launch of similar products in New Zealand saw equally promising results and the vegan offerings are now available in more than 100 locations. Domino’s in the Netherlands and Belgium also recently launched three vegan pizzas. 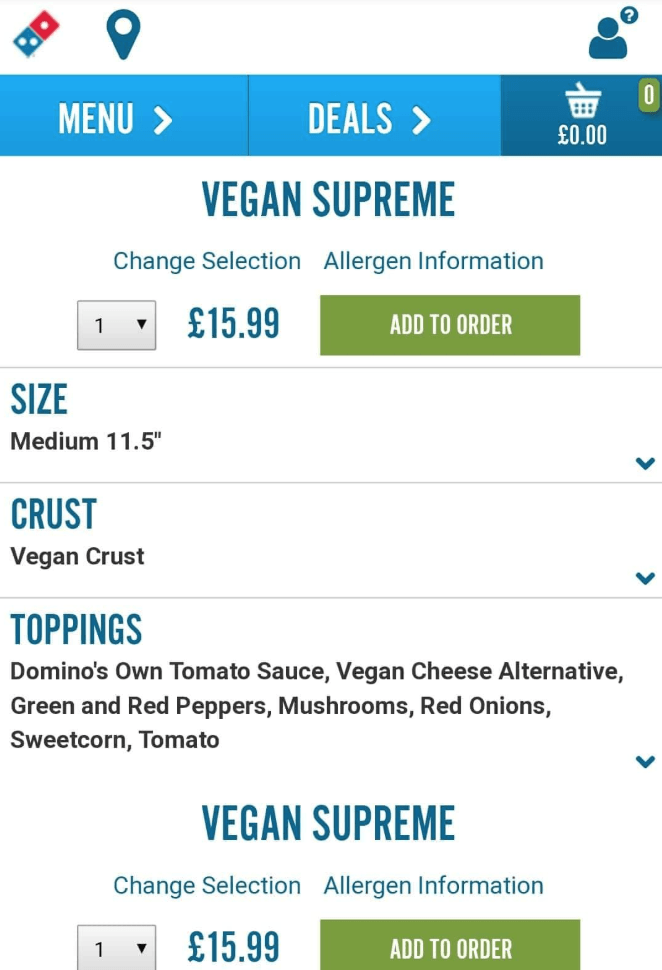 Following these international successes and the rising number of UK competitors adding vegan options to their menus, it is expected that the fast food chain will officially announce a UK trial of vegan products over the next few days.

This news has been greatly anticipated by the UK’s vegan community. Last year, Domino’s spokesman Tim McIntyre claimed that the company would ‘be deaf’ to pressures from animal welfare activists and would not change their farming methods etc., so it seemed unlikely that a vegan-friendly option would ever be available.

However, with the introduction of Durham’s ‘Vegan Supreme’, hope for a UK trial is stronger than ever and developments are expected soon.