The fashion giant has not yet announced the news publicly but has confirmed its intent to non-profit organization In Defense of Animals (IDA).

“Fur and angora cause extreme cruelty to animals, and we appreciate Dolce & Gabbana’s efforts to set the trend for compassion,” Fleur Dawes, IDA Communications Director, said in a statement.

“Clothing and accessories needn’t harm animals. We urge all designers to follow suit by ditching all fabrics made from animal fur and skin.”

Julie Massa, Fur Campaigner for In Defense of Animals said the decision comes at a time when consumers are making it “abundantly clear [that] fur is cruel, outdated, and ugly.”

The news of Dolce and Gabbana’s fur-free policy comes just a month after the Italian Senate voted in favour of banning fur farming and the breeding of fur-bearing animals including mink, foxes, and chinchillas in a historic victory.

Additionally, with more designers turning their backs on the fur industry, fur farms across the world have closed their doors for good.

Countries such as France, Hungary, and the Netherlands have joined the fight in dismantling fur farms. 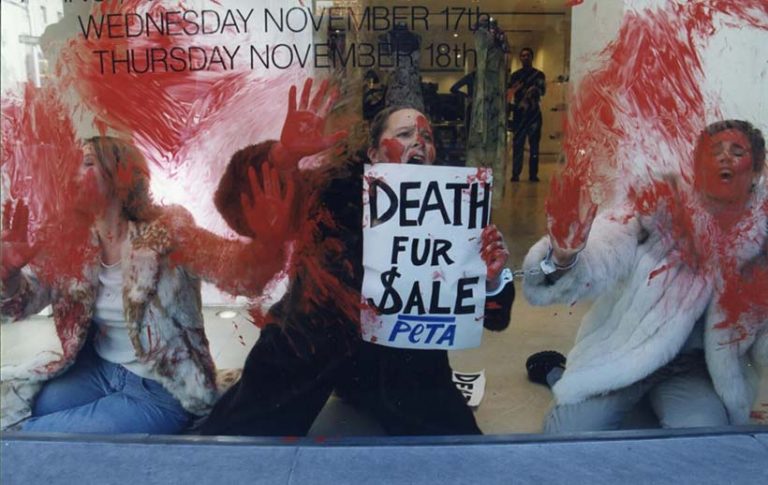 The footage from the investigation has shown workers holding rabbits by the necks against boards and ripping fistfuls of fur from their bodies. The animals were left “screaming in pain,” PETA said.

China is the world’s top producer of Angora wool, producing around 90 per cent of the world’s supply.

“Following more than two decades of pressure from PETA entities around the world, luxury fashion brand Dolce & Gabbana has confirmed it will ban fur and angora from all future collections.

“PETA is celebrating Dolce & Gabbana’s compassionate and business-savvy decision to ban fur and angora, which is in line with the times”, PETA said in a statement.

Fur falls out of fashion

Dolce & Gabbana’s fur-free policy comes at a time when many fashion brands and retailers are moving away from fur in favour of cruelty-free alternatives that are better for animals and the planet.

Italian designers such as Gucci, Armani, and Valentino have committed to no longer using real fur.

The announcement puts pressure on the few remaining fashion brands to sell fur to follow suit.

Are you still buying wool fabrics?
Discover what happens to sheep to produce wool for clothing.