Dogs are healthier on a vegan diet, new study finds

A peer-reviewed study has found that dogs on a vegan diet are healthier and overall need fewer trips to the vet.

The subject of feeding dogs a vegan diet can be quite a sensitive topic since we all feel very strongly about man’s best friend.

However, a new study has just been published and indicates that a vegan diet keeps dogs healthy and can still contain all the nutrients needed for a balanced diet.

A survey was carried out on over 2,500 dogs and their owners assessed the diet and health of the animals over the span of a year.

These assessments included seven general indicators of health such as common illnesses and trips to the vet.

The data shows that out of the dogs who were consuming a conventional meat-based diet, a massive 49% encountered health problems.

Obese dogs were more likely to need medical assistance, and it was shown that conventional meat-based dog food had more calories.

Comparatively, 43% of the dogs who had the raw-meat diet had health issues. Only 36% of the dogs that are on a vegan diet encountered issues. 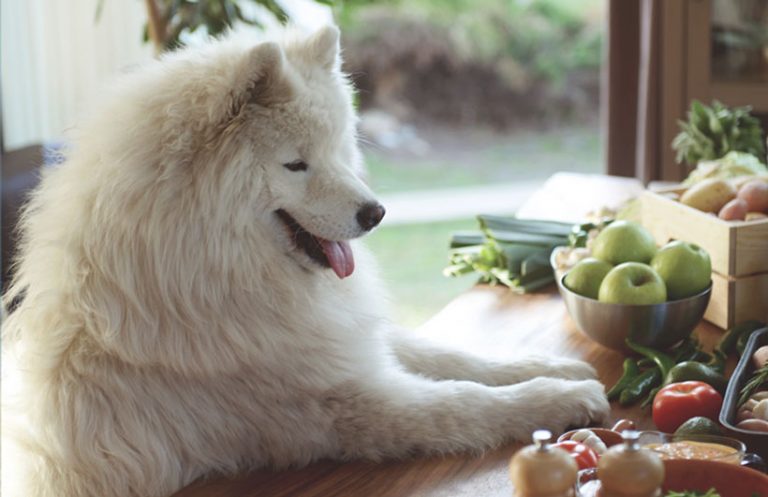 Dogs have been shown to be healthier on a vegan diet. Image via Getty

Should we feed dogs a vegan diet?

Overall the collective research shows that the healthiest and safest diet for dogs was the vegan diet.

Professor Andrew Knight, who conducted the study, told the Guardian “Our study is by far the largest study published to date.

“It revealed that the healthiest and least hazardous dietary choices for dogs are nutritionally sound vegan diets.”

As we begin to make changes to be kinder to the planet, it goes beyond what is on our own plate.

The conventional pet food industry makes massive amounts of products from animal-based sources, and with it comes the same environmental consequences and animal suffering as are encountered with factory farming.

Opinions are shifting as the vegan pet food market sold almost £7 billion in 2020 and it continues to be a growing industry to cater for plant-based pet owners.

Want to make the switch for your own dog? Here’s everything you need to know about a vegan diet for dogs!