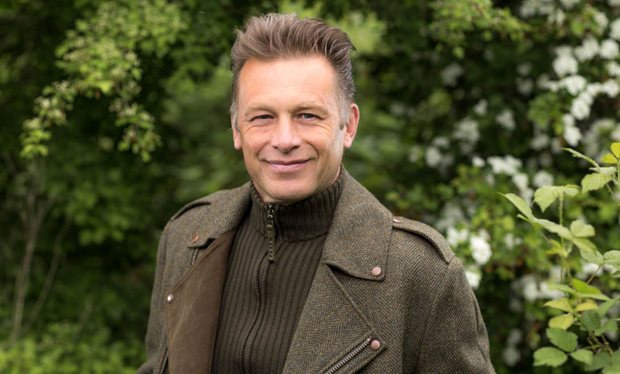 Following the news that Natural England has revoked general licenses which allow farmers to kill birds such as crows and pigeons on their land without seeking permission, Chris Packham, who worked with campaign group Wild Justice to achieve this ruling, has found dead crows hung by their necks on his property.

The decision to revoke the licences has been condemned by farmers and blood-sports enthusiasts who claim that they will now be unable to protect public spaces, lambs and crops if they cannot slaughter birds on their land.

Packham posted a picture of the crows on social media and said opponents were “lashing out”. His address has also been shared in an online post urging people to dump dead lambs at his property as those opposed to the ruling claim birds often cause serious harm to lambs.

In the statement, Packham said: “All it does is strengthen my resolve to make the UK countryside a better place for wildlife and the people who live and work there. In a very sad and perverse way this ghastly action indicates that I’m making progress. As I’ve always said ‘I’m not here to make friends – I’m here to make a difference.”

In a statement, Wild Justice said: “We haven’t changed the law, we have merely shown that the current system of licensing of the killing of certain species of birds, developed and administered by a statutory wildlife agency, is unlawful now and presumably has been for decades.

“We are delighted to have won this legal case. What sort of world is it where the statutory body with responsibility for wildlife protection is operating a bird-killing licensing scheme that is unlawful? Millions of birds are killed each year under the terms of the General Licences and many of these deaths will not be justified.”

The Royal Society for the Protection of Birds is pleased to support the ruling, with its Director for England, Chris Corrigan, saying in a statement: “This is a positive step in the right direction. We need an open and transparent system of licensing that everyone can be confident in, and is being used appropriately.

“It is important that licenses are only issued when there is no other option, and when non-lethal alternatives have been exhausted. Any new system that Natural England now develops should be based on this principle.”

A Change.org petition calling on the BBC to “sack Chris Packham” has been launched by a farmer who believes Packham “should remain impartial and keep his views and beliefs to himself.” The farmer in question is also irked that Packham “uses his celeb status as a platform to push his anti-hunting agenda.”

The petition has received more than 85,000 signatures, but a counter-petition has since been set up opposing any potential sacking, saying “as a journalist [he] should be allowed to use his platform to inform everyone the reality of our dying planet”.