Sir David Attenborough has joined forces with leading scientists and animal welfare experts to call for an end to the use primates in certain types of cruel inhumane testing by neuroscientists. 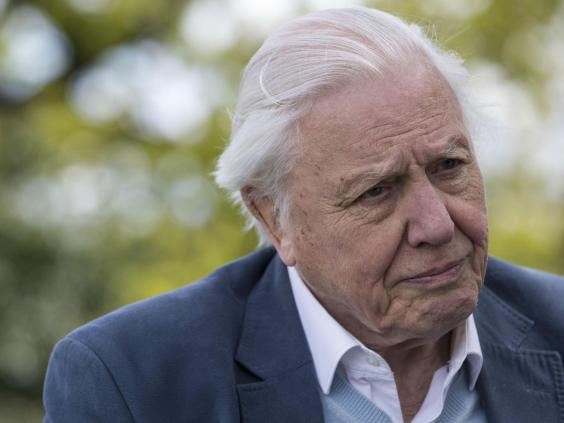 In a rare intervention into a controversial area of debate, Sir David has signed an open letter, published in The Independent, with famous primatologist, Dr Jane Goodall, and other leading academics to voice their concerns. The leading naturalist and broadcaster said recent breakthroughs in understanding primates’ capacity to feel suffering and pain meant it was time to stop funding some potentially painful or cruel types of experiments.

Non-human primates are regularly used in both the European Union and United States because of their biological – especially neurological – similarity with humans. Some scientists argue that studies using animals have contributed to advances in areas such as Parkinson’s disease and HIV/AIDS research.

But campaigners say that research involving the restraint of movement, and the use of water deprivation to coerce primates into following researchers’ commands are not only cruel but now have viable alternatives.

According to animal welfare group Cruelty Free International, 3,612 experiments were carried out on primates in the UK last year, while around 6,000 are used each year in research in Europe.

De facto bans on cosmetics testing, the import of wild-caught primates and the use of great apes for research have been in place in the UK since 1997, but the 21 signatories to the letter are now calling for the Government – and whole EU – to go further.

“They are sentient beings that have mental lives comparable to ours, and sensitivities, and pain and deprivation mean things to them, just as they mean things to us.”

Dr Goodall, the founder of the Jane Goodall Institute and United Nations-designated Messenger of Peace, described such experiments as “inhumane”.

She said: “I and my team have studied chimpanzees, our closest living relatives, for over 50 years. I can state categorically that they have a similar capacity for suffering, both mental and physical, and show similar emotions to many of ours.

“We also study baboons and other monkeys and there is no doubt they too can suffer and experience fear, depression, anxiety, frustration and so on. To confine these primate relatives of ours to laboratory cages and subject them to experiments that are often distressing and painful is, in my opinion, morally wrong. 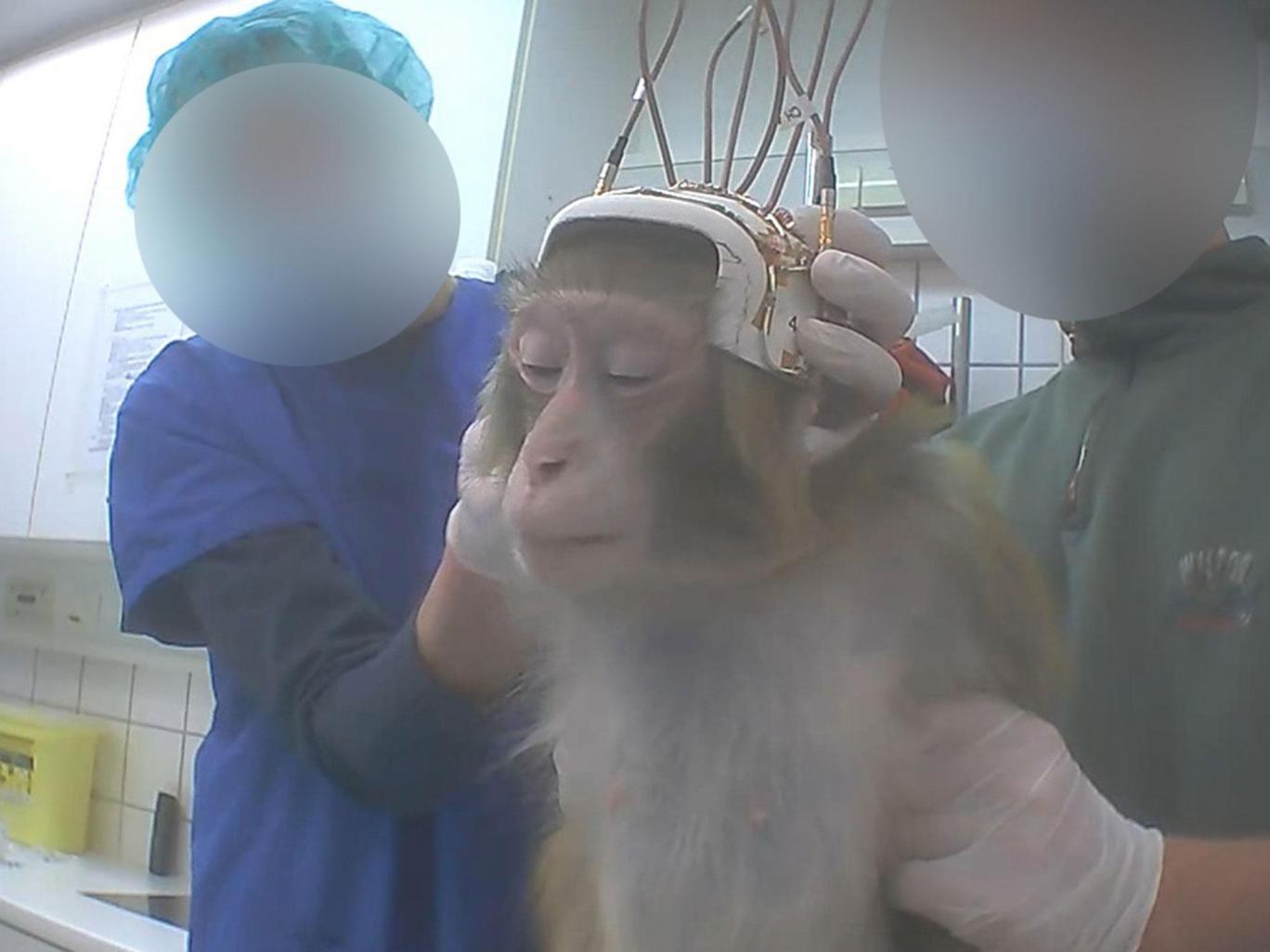 “To restrain their movement and deprive them of water is inhumane and extremely cruel and we have no right to exploit them in this way for any reason.”

The European Commission recently moved to update the European Union position on primate testing. It recently asked the EU’s Scientific Committee on Health, Environmental and Emerging Risks (SCHEER) for a new consensus opinion on the issue.

In 2007 the European Parliament called on the Commission to take action to ban the use of great apes and wild-caught monkeys in scientific experiments. Though the Commission has said it supports an eventual ban on all primate testing in principle, it says current alternatives mean a fixed date for ending such experiments is not currently possible.

The open letter, organised by Cruelty Free International, formerly known as the British Union for the Abolition of Vivisection, and signed by the 21 experts, says: “The undersigned are concerned at the level of suffering involved in many neuroscience experiments on non-human primates, especially where fluid deprivation and movement restraint is involved, and believe that there has now been sufficient progress in human-based alternatives to call into serious question whether further research of this type is necessary. We note the recent research in this area published in ATLA [Bailey J & Taylor K. (2016). Non-human Primates in Neuroscience Research: The Case Against its Scientific Necessity. ATLA 44, 43-69]. We therefore call on bodies responsible for the funding and licensing of this type of research to review their policies and specifically to end support for experiments involving deprivation of fluids and movement restraint.”

Dr Katy Taylor, Director of Science at Cruelty Free International, states: “We welcome the support from Sir David Attenborough, Dr Jane Goodall and other notable experts to end this cruel research. The public may be forgiven for thinking these types of experiments ended in the 1960s, but sadly funding bodies and governments are still endorsing unnecessary experiments on the brains of monkeys. This brutal treatment of monkeys, for speculative ends, does not belong in a progressive society.” 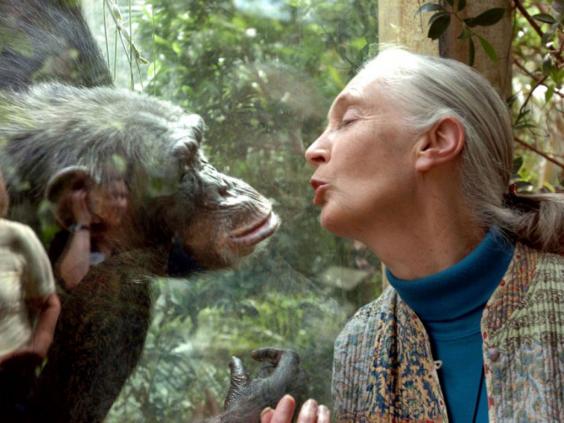 A spokesperson for the Medical Research Council, which funds some primate testing, said the licensing process for such experiments was “robust”.

“The MRC considers the use of animals to be necessary in many areas of biomedical research in order to better understand the living body and what goes wrong in disease,” he told The Independent.

“We require every applicant for funding to clearly justify the need to use animals and the choice of species. All applications involving non-human primates are sent for additional review by the National Centre for the 3Rs (NC3Rs), in order to ensure that opportunities for implementing the replacement, reduction and refinement (3Rs) of animal research are fully taken into account. NC3Rs have also published guidelines on refining food and fluid management, which all applicants must follow.

“We are confident that the combination of our peer review process with the NC3Rs review and the licensing process involving review by Home Office inspectors results in a robust process to assess each individual research project involving non-human primates.”

The Home Office regulates animal testing in the UK. Home Office Security Minister Ben Wallace said: “The UK has one of the most comprehensive animal welfare systems in the world and we are completely committed to the properly regulated use of animals in scientific research, which plays a vital role in improving the lives of people and animals.”

“Research using non-human primates is a small but important part of animal research in the UK and we currently have no plans to ban their use. Non-human primates are a specially protected species and may only be used when the results sought cannot be obtained using any other species.” 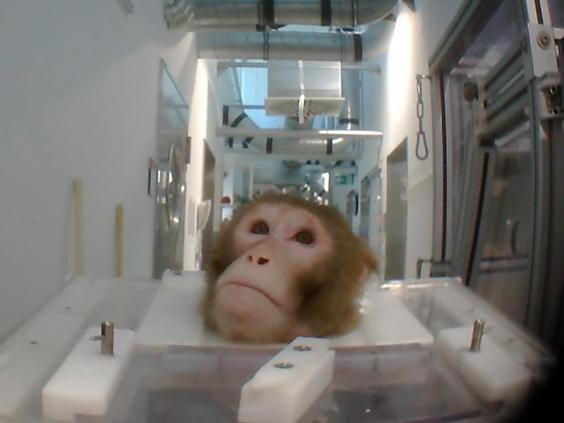 A spokesperson for the BBSRC, which also funds some experiments, said: “Biological and biomedical research using animals has contributed significantly and uniquely to advances in human and veterinary medicine and treatments, and in understanding fundamental, yet complex, process that underpin wellbeing in humans and other animals.

“Research using animals, including non-human primates, must have successfully passed a number of rigorous review stages including, Animal Welfare and Ethics Boards, Home Office licensing, Peer Review and review by the National Centre for the Replacement, Refinement & Reduction of Animals in Research (NC3Rs).”

This story first appeared on The Independent.