Dakota Johnson has come under fire for wearing exotic skins in her latest campaign for Gucci.

The Fifty Shades of Grey star has been pictured modelling the fashion house’s Jackie 1961 handbags – which are made from real python and crocodile skin.

Vegan charity PETA has responded to the campaign, describing it as ‘extremely damaging’.

The organisation also noted that California law has banned the sale of the “very goods [she’s] promoting” thanks to the cruel methods used to kill snakes for their skins.

The organisation has also written a letter to Johnson, highlighting a recent investigation into an Indonesian slaughterhouse that supplies skins to Gucci.

It shows workers on camera slamming reptiles in the head with machetes; hacking at their necks up to 14 times before they were decapitated for their skin. 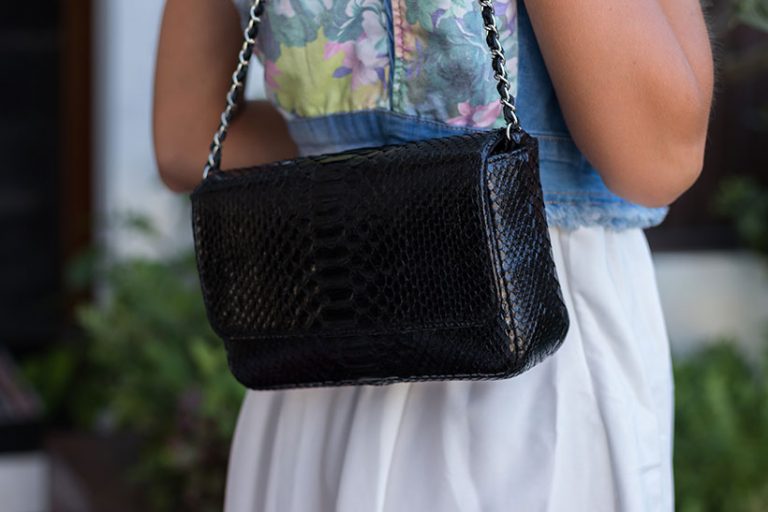 PETA noted that California law has banned the sale of the "very goods [she's] promoting" thanks to the cruel methods used to kill snakes for their skins. Image credit: belart84 via Adobe Stock

“Crocodiles killed for their skins are often kept in filthy, crowded tanks on “crocodile farms,”‘ a rep for the animal rights organisation said. ‘Workers have been documented electroshocking crocodiles then attempting to kill them by cutting their necks and ramming metal rods down their spines.”

PETA also said that “to kill snakes for their skin, hunters invade their homes, often nail them to trees and then skin them alive before tossing them into a pile to die,’ adding that ‘snakes can suffer for days before succumbing to shock or dehydration.”

“Gucci’s use of exotic skins and your promotion of its products are extremely damaging,” wrote PETA’s Celebrity Outreach Principal Jessica Shotorbani.

“Please, may we hear from you today that you’ll pledge to stop wearing and promoting exotic-skin fashion items?

“There are so many vegan alternatives to python and crocodile skin available today that there’s really no excuse to support such a violent industry.”

Like fur, exotic skins are starting to fall out of fashion with major brands like Chanel, Jean Paul Gaultier, Burberry, Victoria Beckham, Mulberry, and Carolina Herrera banning them in favourite of sustainable, animal-friendly alternatives.

Keep your feet warm this winter with our hand-picked selection of vegan boots.