Daiya Foods’ vegan cheesecakes are now available to purchase at Sainsbury’s and select stores in the UK following the North American company’s recent expansion into the UK market.

In April, North America’s leading plant-based brand Daiya launched their award-winning vegan cheese for the first time ever in the UK. The brand is known for its delicious plant-based cheese alternatives that melt and stretch like dairy-based cheese,  and the first products to hit the shelves in Sainsbury’s and Whole Foods were Daiya Cutting Board Collection Shreds, along with Slices, Blocks, Cream Cheeze Style Spreads and Cheezy Macs.

The new range of vegan cheesecakes can be found in the frozen food aisle, and come in four mouth-watering flavours – Chocolate, Strawberry, Key Lime, and the classic New York Cheezecake. 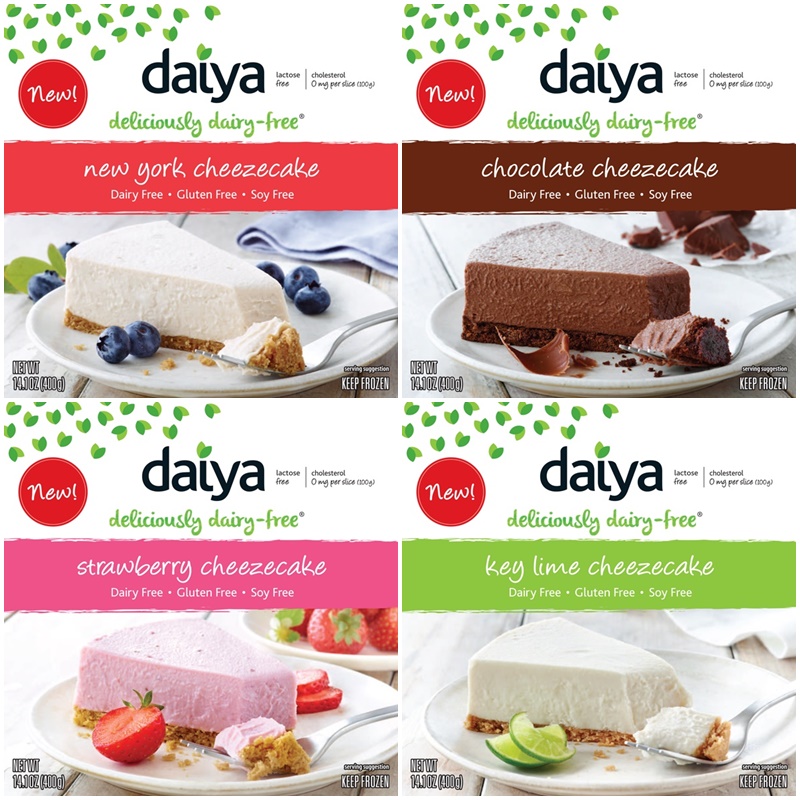 Speaking about the UK launch, Daiya CEO Terry Tierney said: “We recognize that consumers in the UK are making conscious choices to embrace both a healthier planet and healthier lifestyle. “Our fans across the UK have been petitioning for Daiya products for years. This momentous launch demonstrates we are another step closer in our continued journey in bringing the incredible benefits of plant-forward living to more people worldwide.

“We’ve created great-tasting, allergy-friendly comfort foods that have delighted consumers in North America for more than a decade. We’re pleased to finally share our craveable comfort foods to a larger audience and provide delicious options for every day part.”

Daiya ran into controversy last year after it was acquired by global healthcare giant Otsuka Pharmaceutical Co. Ltd for $325.5 million. It was soon revealed that Otsuka tests on animals, and vegans quickly announced their intentions to boycott the brand in favour of brands like Field Roast and Miyoko’s, with a number of retailers quietly removing Daiya from the shelves.

A petition urging Daiya not to go ahead with the deal was launched, with campaigners saying: “We think that rejecting animal testing is more important than cashing in on the market for plant-based foods by companies that are only interested in serving this community because of the dollars in our wallets.”