To celebrate the festive season, the winners of PETA’s ‘Best Vegan Doughnut Award’, Crosstown, are releasing two vegan Christmas doughnuts, for the first time ever. 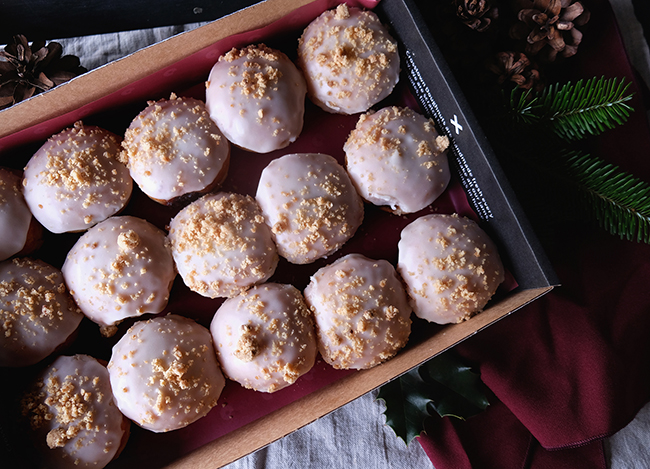 Since launching Vegan Crosstown in Marylebone at the start of 2018, demand for Crosstown’s plant-based offering has been growing fast from vegans and non-vegans alike. In response, two of the five new Christmas flavours from the doughnut makers are vegan-friendly!

Speaking about the decision to offer festive vegan doughnut flavours, co-founder JP Then said: “We’re pumped to be launching handcrafted, vegan Christmas doughnuts this year! The new flavours encapsulate everything you’d expect from a festive treat, warming Londoners up on the frosty days ahead.”

The festive new flavours feature a Vegan Winter Fruit Crumble flavour which is made with Crosstown’s vegan sourdough filled with a festive spiced apple, pear and quince compote, topped with a quince icing and homemade pecan crumble.

Pre-orders are now available for the Christmas selection, with the new flavours dropping in stores and online on-demand on 30th November.