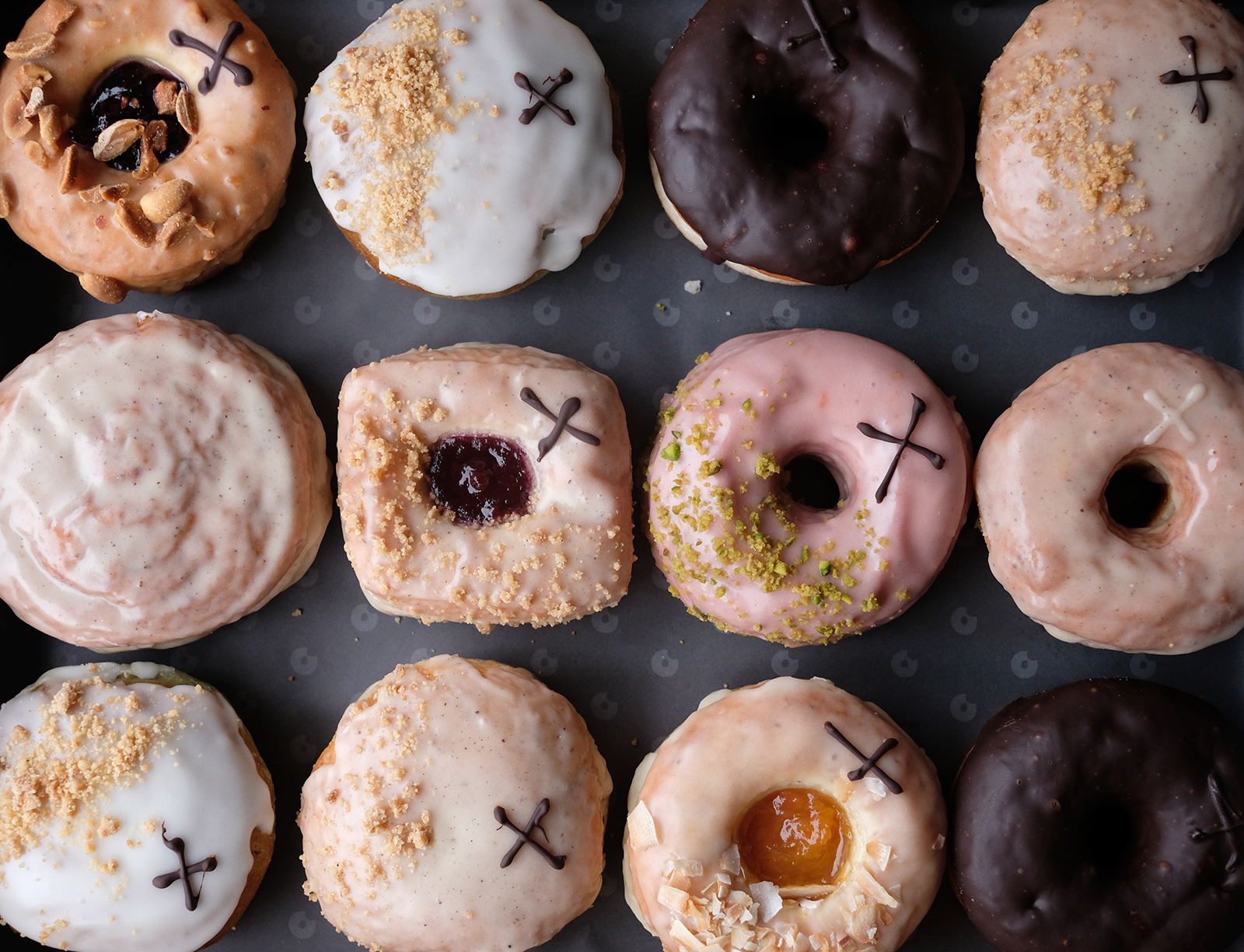 Crosstown is an independent London-based brand that launched as a market stall on Leather Lane in 2014, and has quickly become a firm favourite amongst London foodies. In May 2017, they introduced a range of vegan doughnuts to their offering and launched their first all-vegan doughnut & coffee bar in Marylebone in March 2018, Vegan Crosstown.

Crosstown Marylebone currently stocks 9 vegan doughnut flavours every day, giving customers plenty of choice as to which sweet treat will tickle their tastebuds.

Hungry customers can choose from a mouth-watering array of decadent doughnuts, including a vegan version of Crosstown’s famous cinnamon scroll. 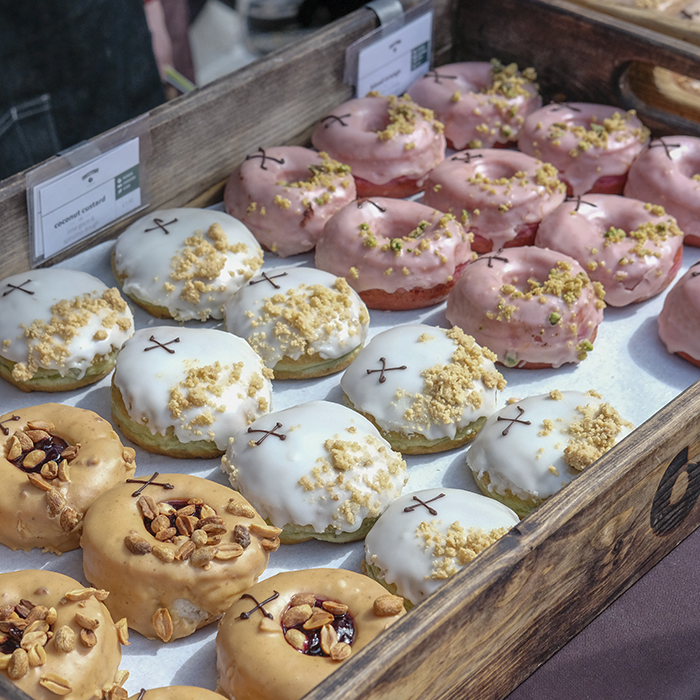 Select vegan flavours will also be on sale at all other Crosstown store and market locations if you aren’t able to head along to the Marylebone store. A new vegan box showcasing the full range of vegan flavours is available to pre-order through their website for free delivery or collection every day too.

Crosstown uses chia seeds and coconut butter in their dough, and a varying combination of oat milk, coconut butter, dairy-free dark chocolate and silken tofu to make the fillings and glazes. You can find the full list of allergens here.

Following the success of this first Vegan Crosstown concept store, the team are now about to start trading at Brockley Market each Saturday where they’ll be selling their full range of vegan doughnuts only. 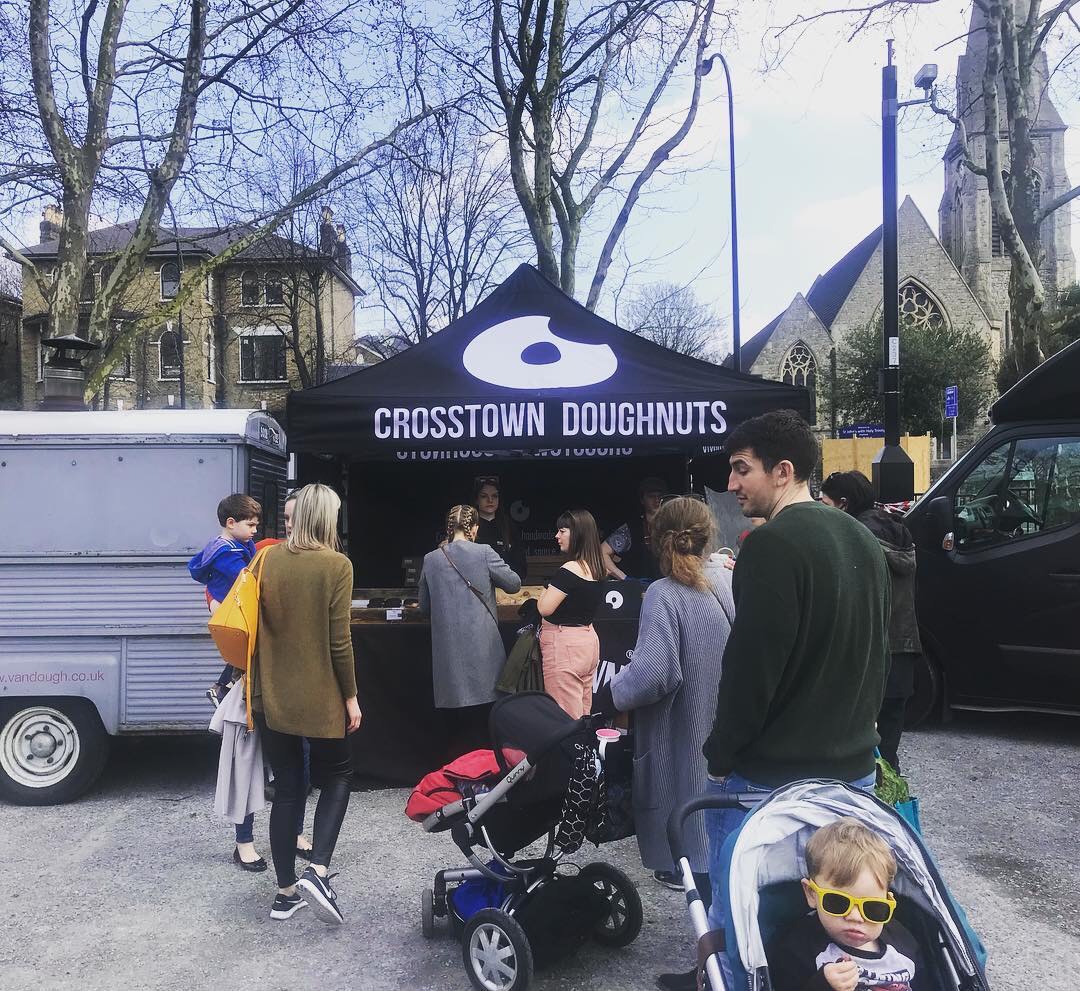 Crosstown’s stall at Brockley Market will stock all 9 of their vegan doughnut flavours each week, including seasonal flavours exclusive to their vegan range and 5 flavours that are otherwise only available at their vegan Marylebone store.