However, those plans have faced strong opposition from local farmers, including Jeremy Clarkson, who also runs a farm in the county.

Local farmers recently held a protest to send a direct message about their stance on the changes.

When Clarkson found out about these plans, he took to Twitter to air his opinions, calling the new plans: “Madness. Utter, utter madness.”

Conservative councillor David Bartholomew also strongly opposed the plans. He told the BBC: “Why does this administration think it has the right to dictate the diet of its councillors? Where will this authoritarian approach end? Will we soon be told how to dress? 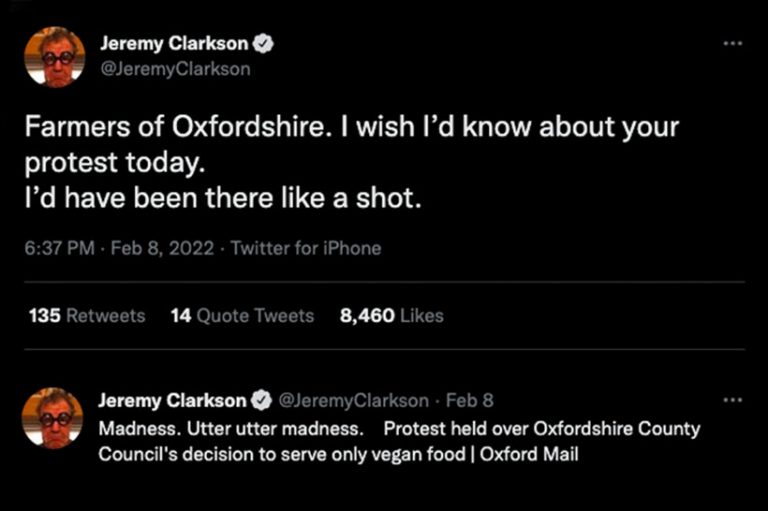 Oxfordshire County Council decided that these new actions would be implemented in December 2021, but were officially approved by the coalition council on 15th March 2022.

The authority stated it would “ensure that food provided at all council catered events and meetings is entirely plant-based, preferably using ingredients sourced from local food surplus organisations”.

Ian Middleton, Green councillor, said it put the council “in the history books” and “on the right side of history”.

Speaking to the cabinet, he said: “This has never been about veganism, which is a personal choice, but dealing with climate change is something we should all be choosing to do.

Perhaps this leadership can inspire others to take the same steps towards similar incentives.

Global leaders have recognised the link between climate change and how what we eat affects that. Read about plant-based diets to fight climate change.