Southern bakery chain Coughlans is launching a vegan bacon turnover for Veganuary, in addition to a humble bacon roll.

This is not a drill! Coughlans Bakery is launching an epic-sounding vegan bacon turnover for Veganuary, using THIS Isn’t Bacon.

The artisan bakery chain has teamed up with THIS to launch a duo of vegan bacon products this Veganuary: a bacon turnover and a bacon roll. 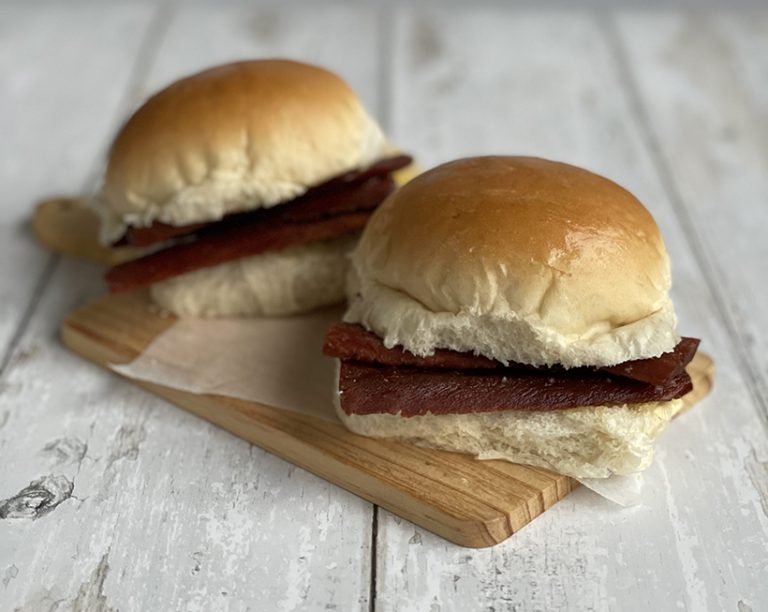 In a statement sent to Vegan Food and Living, Founder of Coughlans Bakery Sean Coughlan said: “With more people set to try Veganuary than ever before, we wanted to offer meat-free versions of popular meaty breakfast items to show how delicious and accessible they can be.

“Bacon is something that meat-eaters can find hard to sacrifice, but THIS Isn’t Bacon rashers are so realistic, customers often can’t believe it is plant-based.”

It looks like Coughlans is really setting out to make Veganuary even easier this year, and we can’t wait to try the new products!

Can’t wait until 2021 to get your vegan bacon fix?
Here are 11 Smoky Vegan Bacon Recipes That Taste Better Than Meat to try at home.