High street chain Costa Coffee has launched a new limited-edition menu for Veganuary 2021 with some delicious new vegan options to choose from.

A host of new vegan sweet treats will be joining Costa’s menu this January, such as the Strawberry Vegan Croissant and the Vegan Jamaican Ginger Loaf Cake with cinnamon frosting and crystalised orange and ginger pieces.

Perfect for snacking, there’s also a gluten-free option in the form of the new Vegan Apple Crumble Flapjack which features a gluten-free crumbly flapjack base, topped with lightly spiced apple and finished with cinnamon crumble.

The coffee shop chain is also bringing back its Vegan Lotus Biscoff Cheesecake due to high demand from customers who miss its crunchy Lotus Biscoff biscuit base, topped with a layer of velvety vegan cream cheese.

The cheesecake was initially launched as part of Costa’s limited-edition festive menu but proved to be a smash hit with vegan and non-vegan customers alike.

You’ll also find new savoury options on offer which are perfect for lunch-on-the-go such as the new Vegan BBQ Chick’n Panini with Texan-style BBQ sauce, roasted peppers and spinach encased in a stone-baked sourdough panini.

Putting their own spin on a sausage roll, Costa has launched a Vegan Roasted Butternut Squash Pastry Roll, with delicious roasted butternut squash and red onion in a vegan puff pastry with a pumpkin and sunflower seed topping. 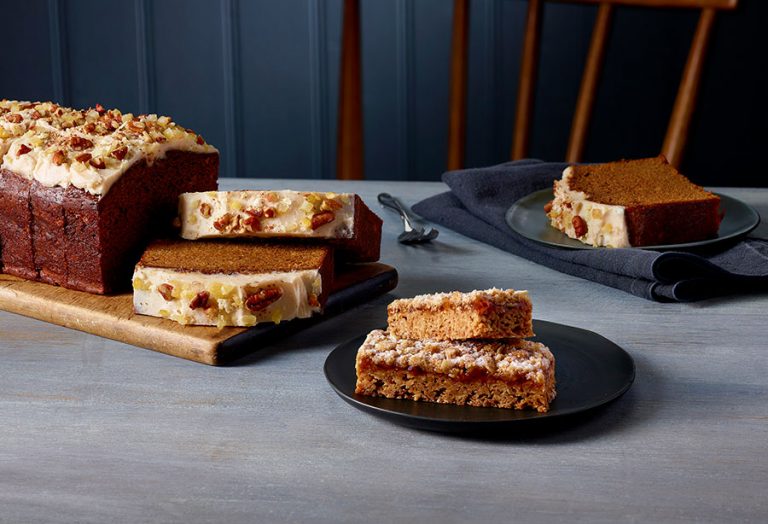 Get 50% off the entire Costa menu this month

To celebrate 50 years of Costa Coffee, the chain is giving its customers a very special treat this January. Until 3rd February, you can get 50% off the chain’s entire menu, including the tasty new vegan options!

The new offer is available via Mobile Order for collection in-store and in-store only, Monday – Wednesday. Costa Coffee’s January menu can be viewed online at www.costa.co.uk.

In a statement sent to Vegan Food & Living, Kirstey Elston, Marketing Director UK&I at Costa Coffee, said: “We’re absolutely delighted to bring our customers something special this January. Our limited-edition menu carries some Costa Coffee classics, such as our Vegan Ham and Cheeze Toastie.

“To see in the New Year, we also wanted to gift our customers with another special treat – 50% off all food menu items until 3rd February 2021. The hardest decision will be what to choose!”

Want to try something new this lunchtime?