The new animal-free offerings arrive in Costa Coffee stores across the UK today, just in time for upcoming Veganuary

Costa Coffee is adding new vegan options to its menu, with the new dishes available from today.

The new savoury offerings include Vegan Mac and Cheese, which the coffee giant describes as featuring a ‘vegan cheeze sauce and fresh spinach, all topped with a delicate parsley crumb’.

Among the new sweet vegan options are the new Chocolate & Pecan Slice. The chain partnered BOSH! – the biggest vegan recipe channel in the world – to create the slice, following a successful collaboration last year.

Also on offer are the vegan and gluten-free Apple Crumble Flapjack, topped with lightly spiced apple and cinnamon crumble, and a gluten-free vegan dark chocolate protein bar, created in partnership with Eat Natural. 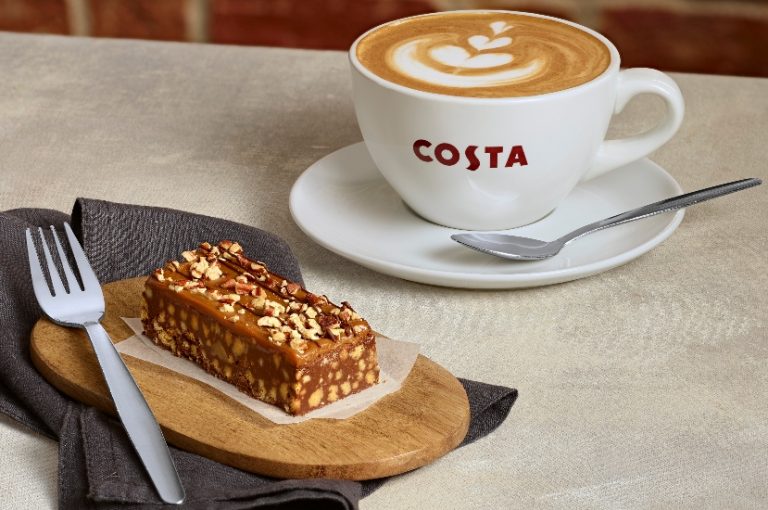 In a statement sent to Vegan Food & Living, a Costa Coffee spokesperson said: “This January we want to spoil our customers, giving them the ultimate feel-good start to the year.

“What better way to do that than to create the most wonderful limited-edition food menu to enjoy!

“We are lucky enough to have collaborated with some amazing brands this January to bring sweet treats that encapsulate great flavours including the new BOSH! Chocolate & Pecan Slice. What’s more, all go perfectly with some of the new drinks on offer this January so why not try them for yourself.”