Cornetto is launching a vegan ice-cream cone in the UK!

Cornetto is launching a vegan ice-cream cone in the UK!

The world of vegan ice-creams just got even tastier as Cornetto has just announced the launch of a brand new vegan cornetto brand into the UK market. 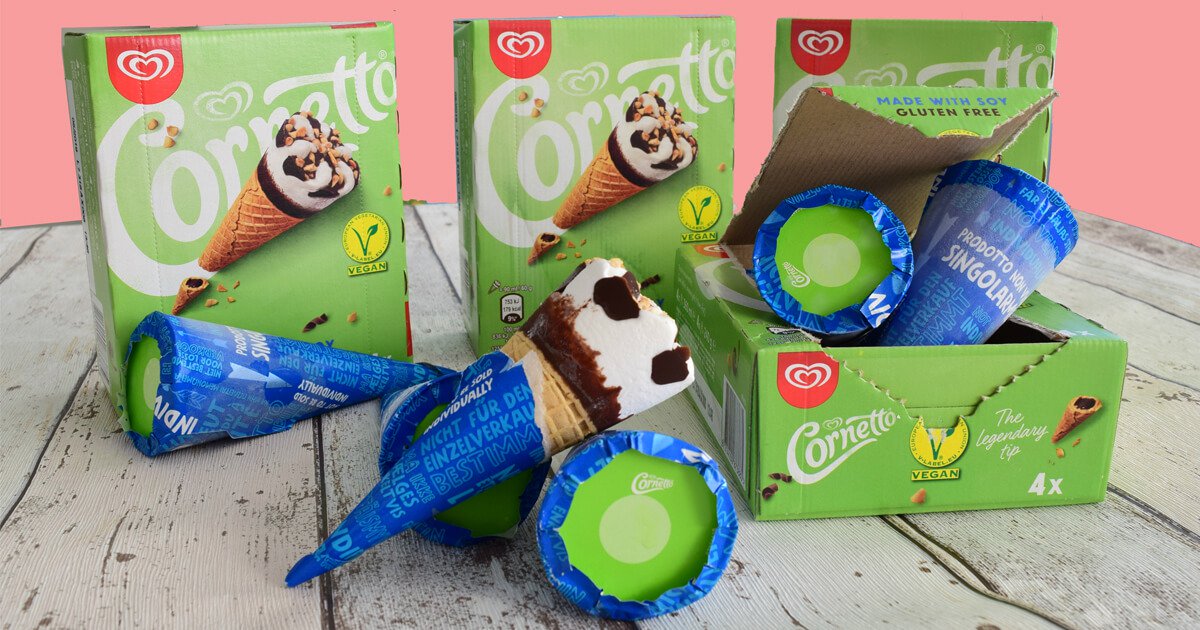 In early 2017, the company announced it was launching the Cornetto Veggy in Italy to meet the growing demand for vegan ice cream – and ever since then, Brits have been eager for the product to reach UK shores. We’re delighted to confirm today that the vegan Cornetto is on it’s way to the UK, and will be available to buy from Sainsbury’s from February. 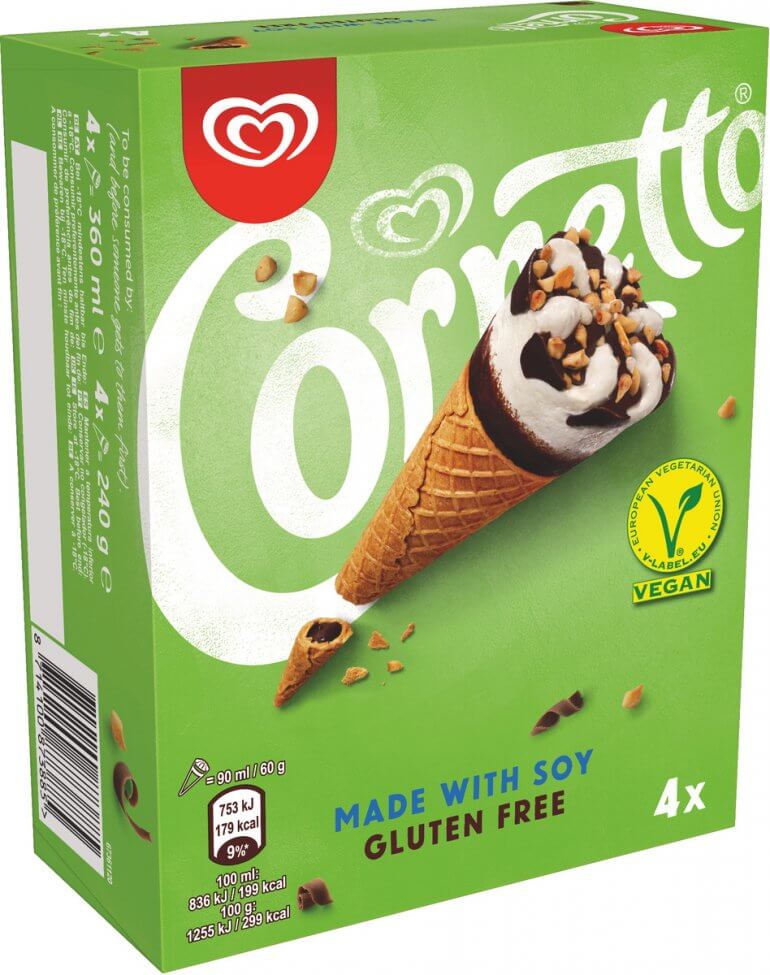 The delicious-looking cone is lined with chocolate, filled with creamy soya-based ice cream, and topped with nuts and extra chocolate. There’s good news for those who follow a gluten-free diet too as the dairy-free cones are gluten-free as well as being dairy-free.

A spokesperson for animal rights charity PETA said: “Cornetto has recognised that vegan eating is on the rise in Britain – more and more people are switching to a plant-based diet every year.

The famous ice cream brand will be joining the likes of Ben & Jerry’s, which recently brought out several vegan flavours in the UK.

Cornetto’s vegan ice-cream will be available to buy in Sainsbury’s from February.