Commuters complain that vegan subway posters ‘force an opinion on others’

Commuters are complaining about the vegan posters currently on display in subway stations across Toronto, arguing that they ‘force an opinion on others’. 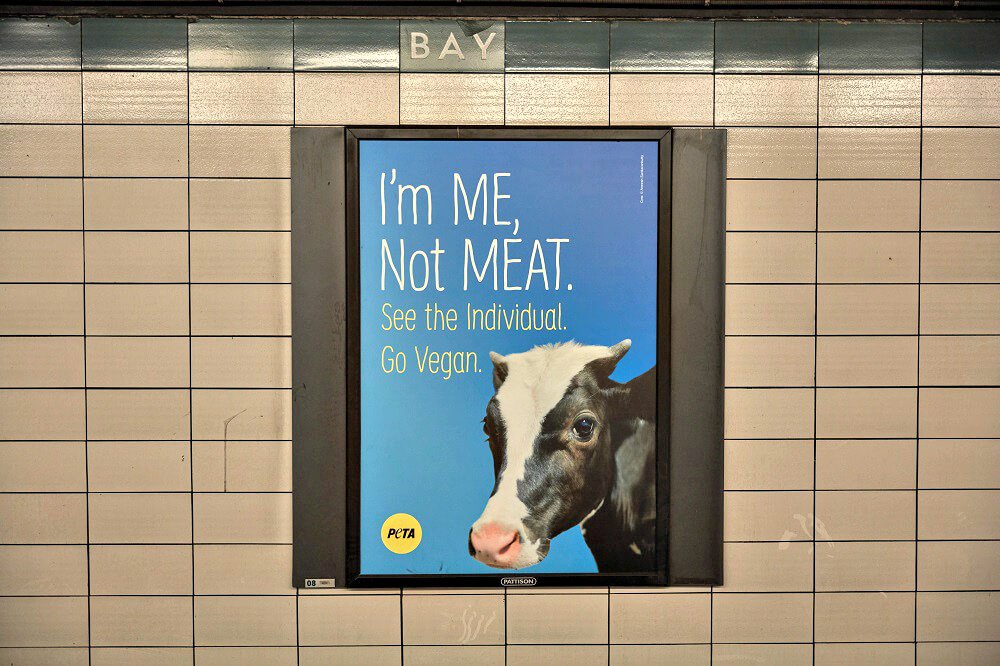 The posters, created by animal rights charity PETA, feature various animals with the slogan: ‘I’m me, not meat. See the individual. Go vegan.’

The Toronto Transport Commission originally rejected the advertising campaign. However, the posters do comply with the Canadian Code of Advertising Standards and PETA were prepared to fight a legal case for their freedom of expression. The posters were put up in subway stations in early July and set to remain there for the rest of the month. 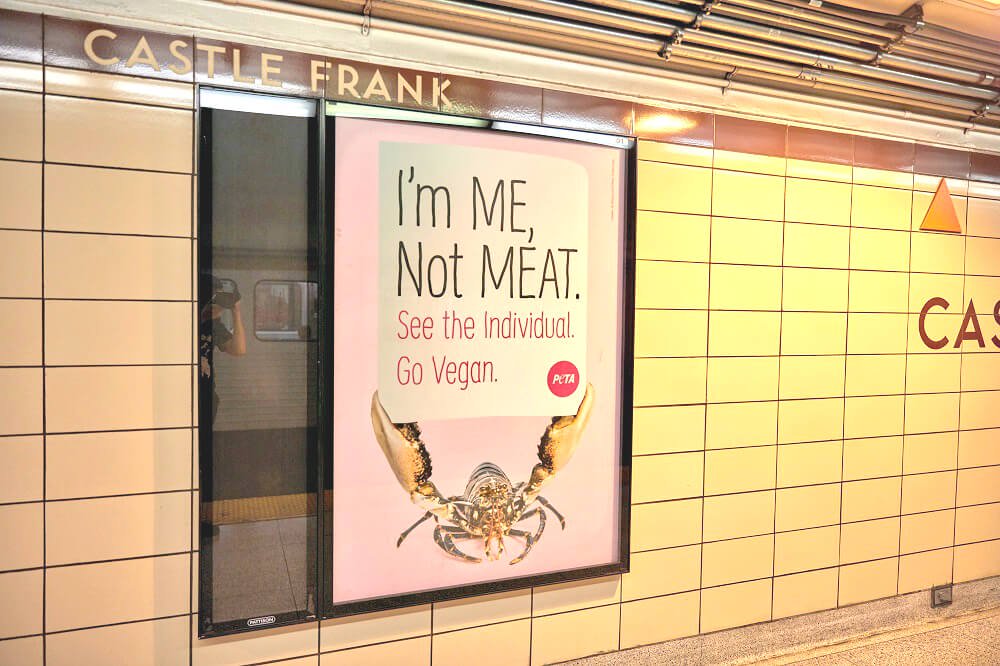 Many commuters, however, would rather have them taken down. Referring to the vegan message, one commuter told CBC Toronto: ‘it should be a personal choice and not advertised. I’m not vegan and I personally love meat.’

Somebody else said: ‘I think it’s forcing other people’s opinions on others. I don’t agree with it.’

Defending their posters, PETA’s spokesperson, Amber Canavan, told CBC News: ‘We are trying to remind people that these are individuals. We want people to take a look in their eyes and just give them a thought.’

The poster debate reflects the current contrast in attitudes towards veganism in Toronto. The city has seen a rise in vegan protests and campaigns, but these are often met with demonstrative rejections.

Do you feel that these posters force the vegan message onto commuters, or simply invite people to change their perspective on who their food comes from? Let us know in the comments!