A “committed carnivore” who used to make fun of his vegetarian friends took the plunge overnight and went vegan after watching a horrifying documentary on how dolphins are caught and slaughtered, and hasn’t looked back since… 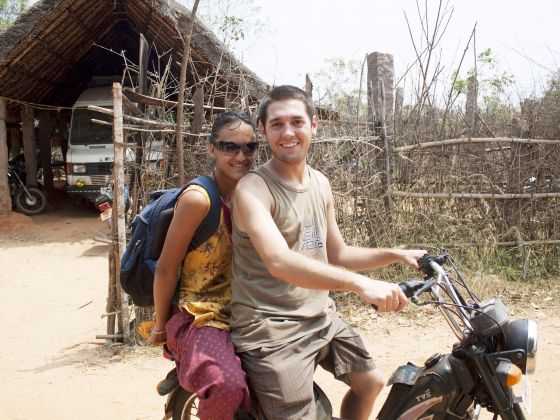 Until six years ago, 33-year-old teacher Michael Broadhead, who described himself as a committed “carnivore”, had grown up eating meat, dairy and eggs every day.

“I used to hate vegetables and even made fun of my best friend who was on a vegetarian diet. How the tables have turned,” said the volunteer coordinator at Animal Allies, who turned vegan in 2010.

The turning point came when he was exposed to a vegan diet while volunteering at a reforestation camp in southern India.

At the same time, he watched a documentary on how dolphins are caught and slaughtered. Moved by the chilling images, Mr Broadhead began to rethink his dietary choices. He went from heavy meat-eater to vegan overnight, cutting meat, fish, dairy and eggs from his diet.

“When you see the conditions most of these animals live in, it really wakens your compassion. I realised I had a choice to live a life that reduces harm as much as possible,” he said. His drastic change shocked his family and friends. “Back then, veganism was a foreign concept to them. But they were inspired when they realised that I was getting healthier; my eczema and asthma symptoms improved,” he said.

Mr Broadhead acknowledged that the drastic changes are not easy for most people. “A vegan lifestyle is a process, so everyone needs to find a reason that motivates them to move step by step. Give yourself flexibility when you need it. It’s not an all-or-nothing choice.”

We often hear stories from people who made the decision to go vegan after watching a particularly eye-opening documentary or film about the treatment and abuse of animals, and how Western diets are making us sick. So here’s a few of the best documentaries to share with anyone in your life who says they can’t make the change too! If you don’t see your favourite on this list, share it in the comments below!