Residents at a Barchester care home ditched meat and dairy for the day and instead ate only plant-based food, embracing the growing trend for veganism. 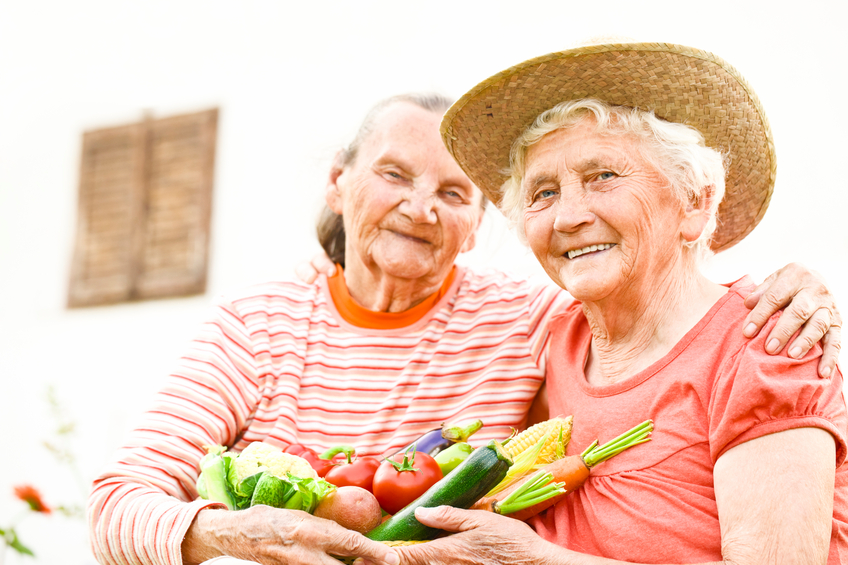 Over the past decade, ethics and the desire for a healthier diet have caused the number of British vegans to rise by 360 per cent to around half a million, according to figures from The Vegan Society.

With veganism becoming one of the UK’s fastest growing lifestyle movements, Hannah Mulholland, activities coordinator at Harper Fields care home in Coventry, decided to introduce residents to the plant-based diet by holding a vegan festival.

“The residents are always asking me what I can eat as I am vegan, especially on celebratory occasions such as Christmas. I wanted to show them how diverse and interesting vegan food can be. I also wanted to show that there are care homes that do cater for alternative diets and take people’s beliefs into consideration, as I was horrified to hear recently about some care homes not respecting people’s vegan and vegetarian diets when they have dementia and feeding them meat. I think it is important that we try new and exciting things and change people’s perceptions. I try to ensure the residents’ lives are exciting and adventurous and I hope that one day someone will do the same for me when I reach their age.” – Hannah Mulholland

Ms Mulholland used to be a chef so she helped advise the chef at the care home on what food to cook as she says: “There are alternatives for everything”. 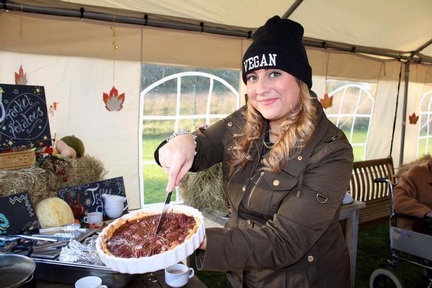 “I also made my signature pecan pie with soya pouring cream and everything served was 100 per cent plant based with no meat, fish or dairy to be seen,” reveals Ms Mulholland.

“We wanted to show that we take all of our residents and future residents’ dietary requirements seriously. There are over 70,000 people over the age of 65 that are vegan in the UK, which means that sooner or later other care homes will have to start taking note and being more innovative, offering their residents a diverse range of vegan and vegetarian food, as well as traditional meat-based options. There are so many people who are vegan like myself that are worried about what will happen to our beliefs if we need care in the future. I hope this initiative will show them that some people in care are doing their best to promote a healthy vegan lifestyle.”

As the event was such a success, we hope it has encouraged Harper Fields, and other care homes across the country, to add more plant-based options to their menus.