Canada has released a new food guide for 2019 and has drastically overhauled its dietary suggestions for Canadian citizens by removing dairy as a food group and suggesting people eat less meat and opt for a more plant-based diet. 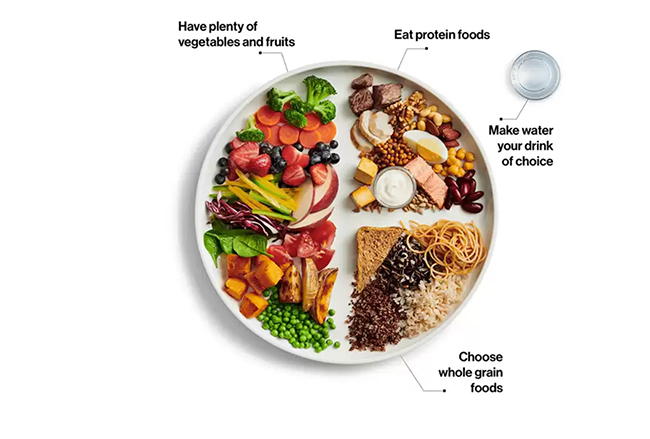 Canada has just released its food guide for 2019, and its removed dairy as a food group and instead advises Canadians to eat more vegan foods and less meat.

The food guide was last updated in 2007, and the newly released version unveiled this week took three years of consultations to complete.

For years, many people had cast criticism on the guide for bowing to the meat and dairy industries, but the director general of Health Canada’s office of nutrition policy and promotion, Dr Hasan Hutchinson, is keen to let people know that the latest guide contains purely evidence-based information.

In a statement, Hutchinson said: “We were very clear that when we were looking at the evidence base that we were not going to be using reports that have been funded by industry as well,” he told reporters the day before the guide was made public.

Since the food guide was first published in 1942, Canadians have been encouraged to eat or drink several servings of dairy a day as the guide has traditionally featured four main food groups – milk and milk products; meat and alternatives; grain products; and fruits and vegetables.

The President of the Canadian Medical Association (CMA), Dr. Gigi Osler, said the CMA was “pleased with the federal government’s overall direction in the new Food Guide…[and] particularly supportive of the evidence-based review and extensive consultation process used to draft the new Guide, to ensure it was founded on unbiased research.”

The move away from traditional meat and dairy requirements has also won praise from vegetarian and vegan advocates, including Dr David Jenkins, the Canada research chair in nutrition and metabolism and a professor at the University of Toronto. Dr Jenkins created the Glycaemic Index in the 1980s, and now follows a plant-based diet for environmental reasons.

Jenkins stated: “I think [the guide] is moving in a plant-based direction, which will ruffle some feathers, but I think that’s the direction it needs to go,”