Shake it up! The UK high street’s first ever vegan freakshake is the crowning glory of Byron Hamburgers’ new collection of dairy-free milkshakes. 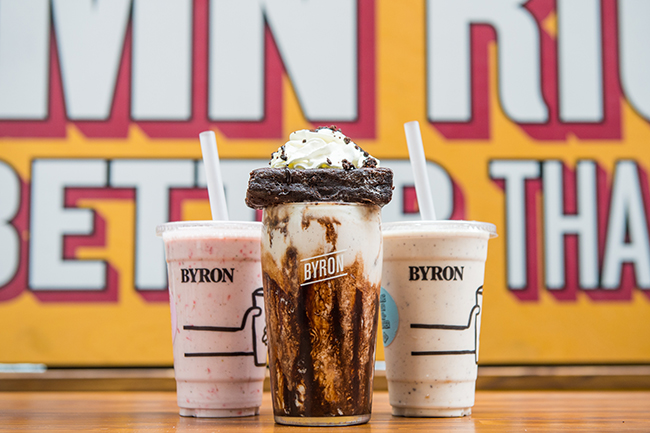 With the heatwave showing no sign of letting up, what could be a better way to chill out than with one of Byron’s iconic extra-thick milkshakes? And now vegans can get in on the action too, with the burger restaurant’s trial of a new collection of super-indulgent shakes – all of which are suitable for vegans, but which don’t scrimp on taste.

Fans of fruitiness will love the Vegan Strawberry Milkshake (£5.25) with the sweetness of real berries swirled with ice cream and creamy coconut milk, with the new range rounded off by a luscious, chocolatey Vegan Brownie Milkshake (£5.25). 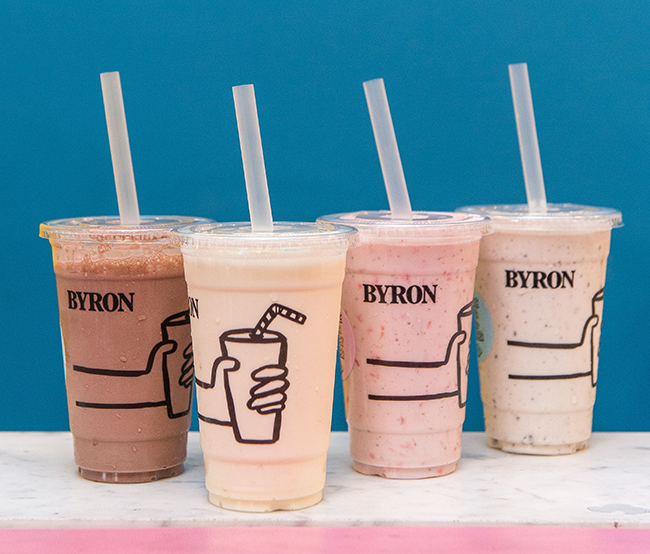 Speaking about the decision to add a range of vegan milkshakes to the menu, Paul Mason, Head of Food at Byron said:

“Since the launch of our new menu, we’re now seeing one in ten customers choosing one of our vegan or vegetarian burgers. The feedback we kept hearing was that our non-dairy drinking fans longed for vegan versions of our extra-thick shakes, so these new additions to the menu means that nobody need miss out.”

The new milkshakes are being trialled at Byron’s Shoreditch, Camden, Oxford Circus, Islington and Manchester restaurants, and follow the highly successful launch of Byron’s vegetarian and vegan burgers earlier this year, introduced to offer a greater choice for an increasingly diverse dining scene.