Burger King’s vegan options are coming to Africa for the first time as it becomes the first restaurant to offer V-Label vegan meat.

The fast-food chain will introduce its plant-based Whopper, Vegan Royale, and Vegan Nuggets to its South African restaurants.

Moreover, it is hoped that the launch of vegan alternatives in South Africa will inspire greater interest in plant-based food.

However, its introduction of V-Label meat alternatives will be the first vegan fast-food option available.

In a statement made to Vegan Food & Living, ProVeg Director Donovan Will shared: “The V-Label symbol is going to increase awareness of veganism, and make it easier for consumers to identify vegan options and trust that they are truly vegan.

“Burger King’s new products are so similar to their existing products that consumers who try them won’t even know the difference.”

According to ProVeg, South Africa has lagged behind in international trends in a few areas, including veganism.

There is an absence of globally recognised vegan alternatives, from both local companies to international brands such as Pizza Hut and Nando’s. 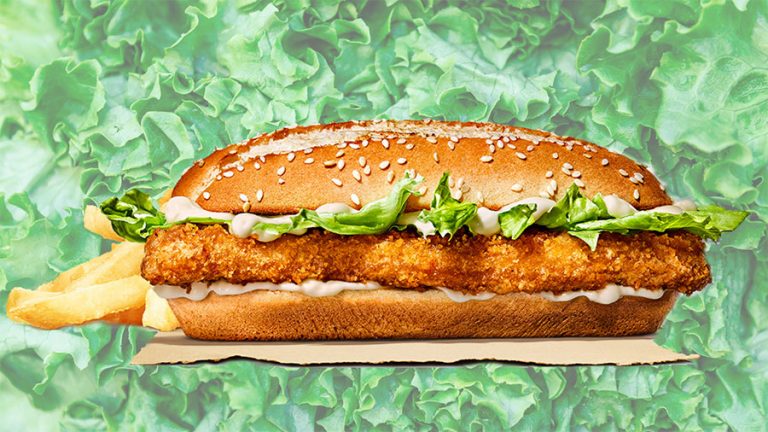 Burger King has become a strong competitor for its vegan options in the fast-food industry.

Since 2020, the chain collaborated with The Vegetarian Butcher to launch the Plant-Based Whopper and the Vegan Royale.

Despite some controversy surrounding the Plant-Based Whopper, the Vegan Royale is officially certified by the Vegan society.

Additionally, earlier this year Burger King announced it will be embarking on a greener future by providing more vegan and veggie meals and serving up less beef.

Hungry for a vegan burger of your own?