Future Doughnuts specialises in all things colourful and plant-based, as well as serving up gluten-free treats and using organic ingredients where possible.

Moreover, the coffee and doughnut shop has opened in a refurbished railway arch near the city’s Temple Mead train station. 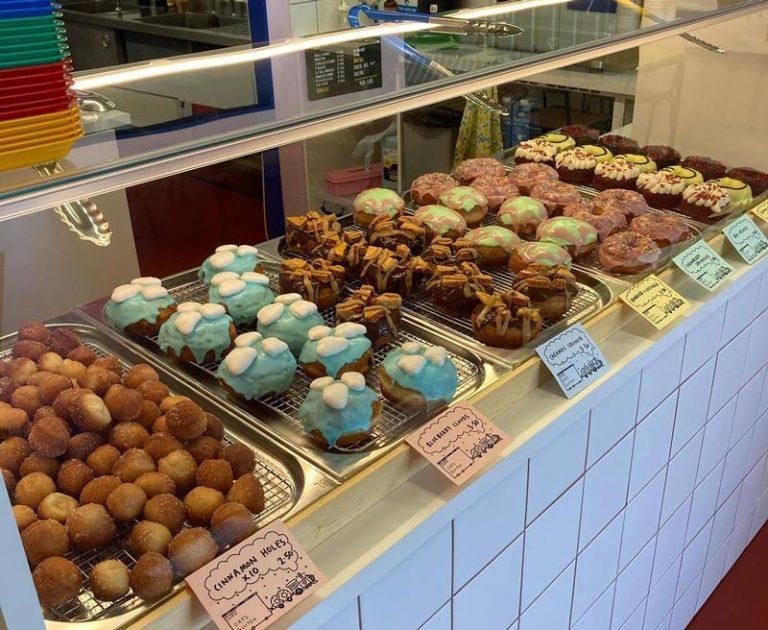 The vegan business also serves freshly ground coffee from a range of independent supplies from across the UK.

Future Doughnuts is a collaborative launch between Kay Stanley and Andrew Horne, with help from barista Kerry Beesley and vegan baker Eadie McCarthy.

Speaking to the Bristol Post, Andrew Horne shared: “We set out to open the kind of doughnut shop you’d see in a cartoon – the space is bright and playful with plenty of inside and undercover outside seating.”

Some of the wonderful flavours from the vegan doughnut shop include vegan lemon meringue pie, caramel crunch, and blueberry clouds.

In addition, the independent business is aiming to be as ethical as possible by using local produce, paying staff the Bristol living wage, reducing waste, and using renewable energy sources.

Bristol is renowned for being one of the vegan capitals of the world!

The city is home to some of the UK’s most exciting and innovative vegan eateries.

From the iconic vegan mezze bar Koocha to the legendary dirty burger joint Oowee Vegan, we are certainly spoilt for choice.

It is no wonder why Bristol holds a special place in our hearts.