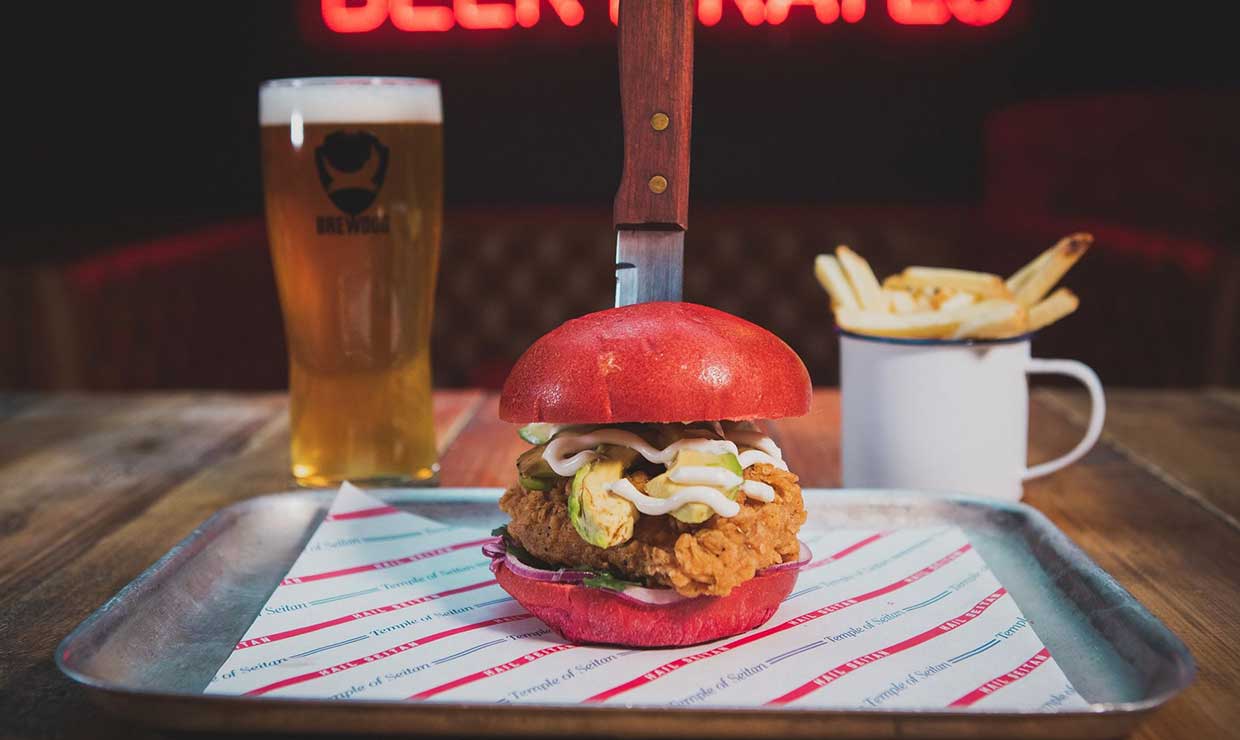 BrewDog has announced an exclusive partnership with popular vegan fried 'chicken' restaurant Temple of Seitan to feature their signature seitan wings and burgers in BrewDog Bars across the UK.

Multinational brewery and pub chain BrewDog, the fastest growing food and drink company in the UK, has announced an exciting new partnership with popular vegan fried ‘chicken’ makers Temple Of Seitan to feature their signature seitan wings and burgers in BrewDog Bars across the UK.

Launching on Tuesday 14th January, customers will find Temple of Seitan’s vegan wings doused in BrewDog’s legendary hot sauce and syrup glaze on the menu, as well as the epic Clucky This Time or Temple of Seitan burgers, both featuring delicious Temple of Seitan seitan patties.

BrewDog is proud to offer more options for the UK’s fast-growing vegan population, as over half the dishes on offer in every UK BrewDog Bar are plant-based, and its core beer range which is also 95% vegan-friendly.

BrewDog’s is on a mission to “satisfy the junk-food cravings of both veggies and meat-lovers alike.” In 2019, the brewery opened its first all-vegan pub in London serving up a tempting menu full of plant-based dishes from Biff’s Jack Shack. 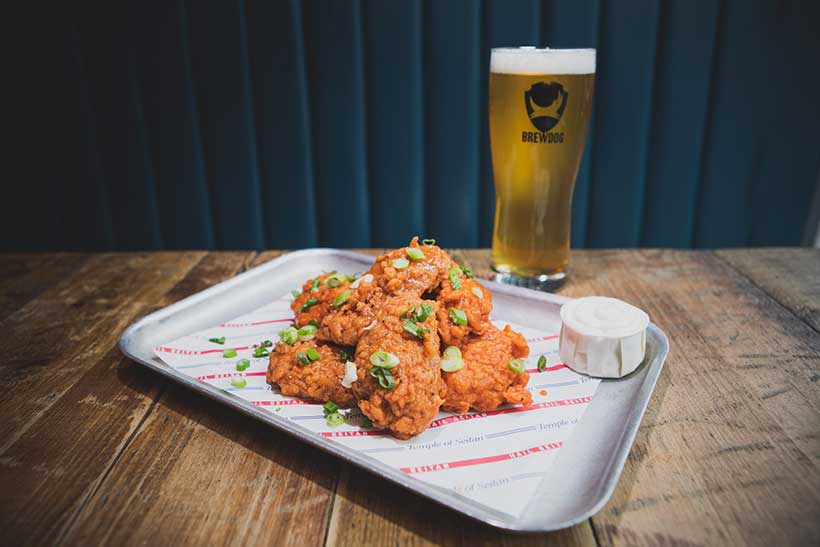 In celebration of the new exclusive partnership, the first 5 people to order the Temple of Seitan wings at each UK BrewDog bar will receive their meal free of charge! BrewDog is also running a January promotion whereby all vegetarian and vegan main meals are 50% off for the whole of January

In a statement sent to Vegan Food & Living, James Brown, Retail Director, said: “We are passionate in our mission to convince people that there exists an alternative to bland, mass-produced beer, and Temple of Seitan share that faith albeit for vegan food.

“Their unique take on fried chicken and burgers are changing attitudes across the capital – and now, with us, we hope the entire UK as well. We love working with and championing disruptors and people who craft their product with passion which Patrick, Rebecca and their team optimise. Vegan junk food and craft beer…it doesn’t get any better than that.”

Patrick O’Shea, co-founder of Temple of Seitan, added: “We are incredibly excited to partner up with BrewDog to feature our wings and burgers on their menu. We’ve had many opportunities to work with other establishments over the years, however what appealed about Brewdog was their shared ethics and values. They are fiercely independent whilst also supporting other independent brands and are committed to paying their staff a living wage. Most importantly for us they’re expanding their vegan range which will improve outcomes for animals, customers and our planet. Their beers are a staff favourite at Temple HQ as well!

“Our mission is to offer the comfort food many vegans still crave, and offer an alternative for meat-eaters that will change their perceptions of veganism. Working with BrewDog to provide our food on their menus will allow us to do that not just in London, but all across the UK.”