A game-changing Vegan start up is hitting the leafy suburbs of Manchester, adding a new kind of healthy competition, amongst the carnist corporations – a guilt-free pizza takeaway called ZAD’s. 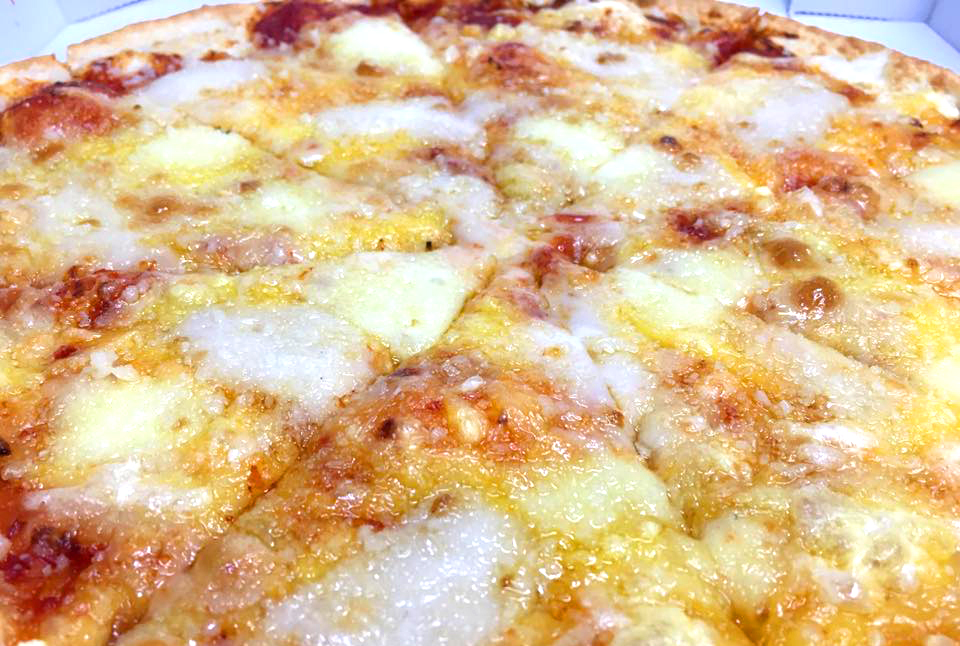 ZAD’s is adapting the familiar fast food delivery experience into the 21st century with an entirely Vegan menu promising to provide customers with all of the taste and convenience of a takeaway, but without the cholesterol-ridden nastiness associated with the typical local kebab shop.

Zad’s believe that there is a real appetite for a truly Happier Meal amongst this more mindful generation, who choose to consider their own health, the health of the planet and other earthlings.

ZAD’s opening comes at a great time as the Manchester vegan restaurant scene is going from strength-to-strength, and joins the likes of eateries such as V REV MCR in offering Manchester’s vegans the chance to tuck into some decadent vegan junk food.

ZAD’s goal is to normalise ingredients like tofu and seitan

Something you won’t see at ZAD’s is mock-meat names harking back to animal products and body parts. There is no ‘chick-un’ or ‘baecon’ here.

We spoke to the team at ZAD’s and they were keen from the start not to go down this path. “We are looking to normalise foods like seitan and tofu. We don’t want people coming in and ordering ham, or bacon, or chicken nuggets. We don’t want to perpetuate the use of these euphemisms. By making these plant-based foods a standard, instead of an “alternative” we can replace the current fast food culture and make these cruel terms archaic. Hopefully in time, people will get used to eating and ordering things like seitan and referring to animal body parts as food will be confined to history, where it belongs!”

“Taking over a traditional kebab shop which had been trading for over 40 years feels like a natural evolution, rather than a total revolution. The previous shop was tired and custom was slow, so the ZAD’s team has stepped in and undertaken a huge refurb, with fresh colours and all new equipment.”

“More than anything else, the aim at ZAD’s is to spread Veganism to non-Vegans. We want to bring amazing Vegan food to the high street, not as a quirky fad, but as a casual mainstream offering, showing the world that the Vegan movement means business and is here to stay. Once this first Manchester outlet is fully up and running, we will be looking to expand, so get in touch if you’d like to see one near you, or become part of our team!” 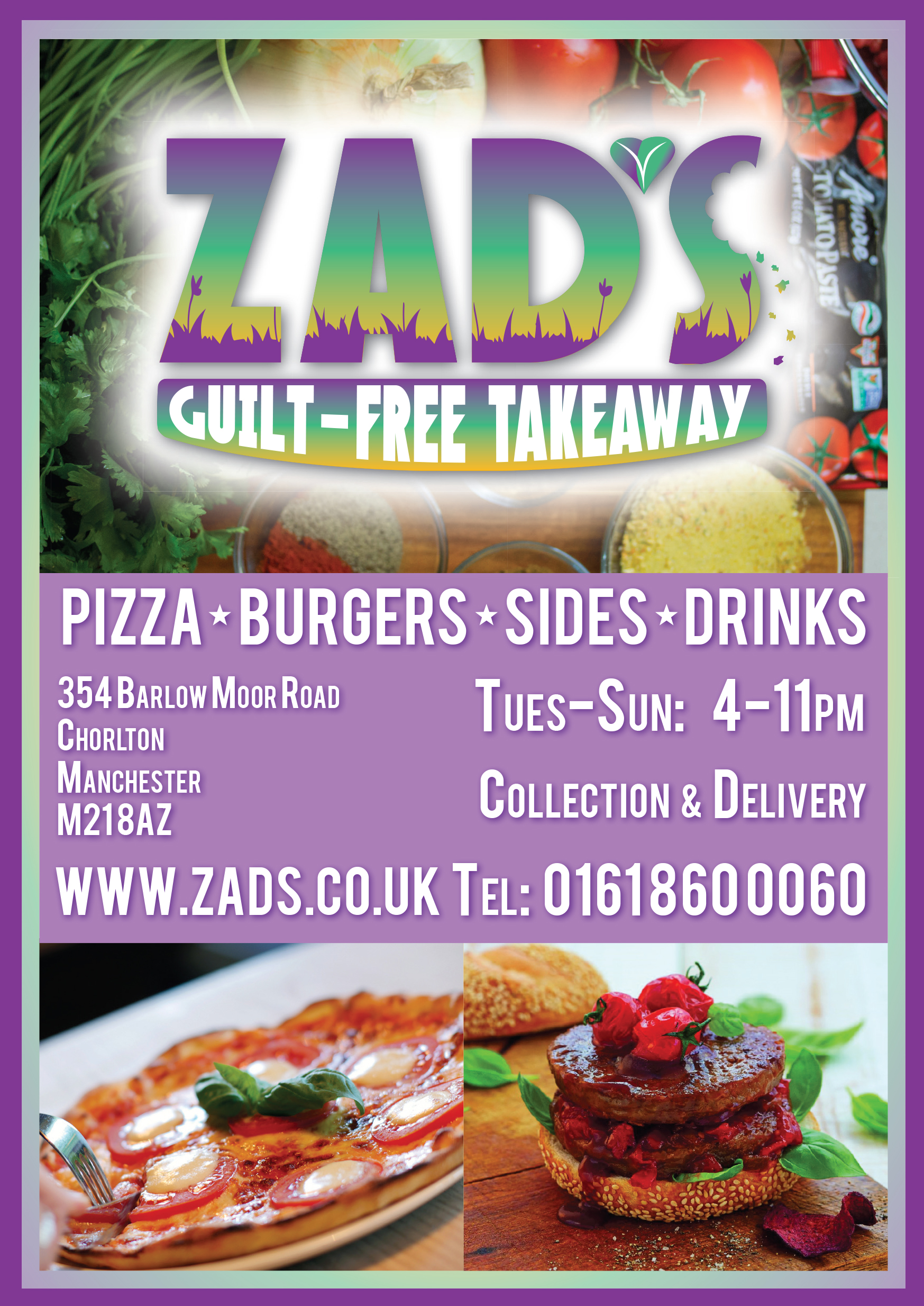 ZAD’s gives customers a bright glimpse into what takeaways of the future are going to feel like, welcoming non-Vegans by proving to them that eating convenient, tasty food doesn’t need to involve eating any animals or animal “by-products”.

Under the tagline ‘Guilt-Free Takeaway’, ZAD’s is offering all of the foods which you would expect from your local takeaway, most notably their range of vegan pizzas, burgers, hot dogs and sides such as cheesy fries, cheesy garlic bread and onion rings. There’s even a range of mouth-watering cakes and bakes for dessert to finish off your meal in style.

Everything on the menu is created completely from plants and packaged with as zero waste materials in mind as is practicable. 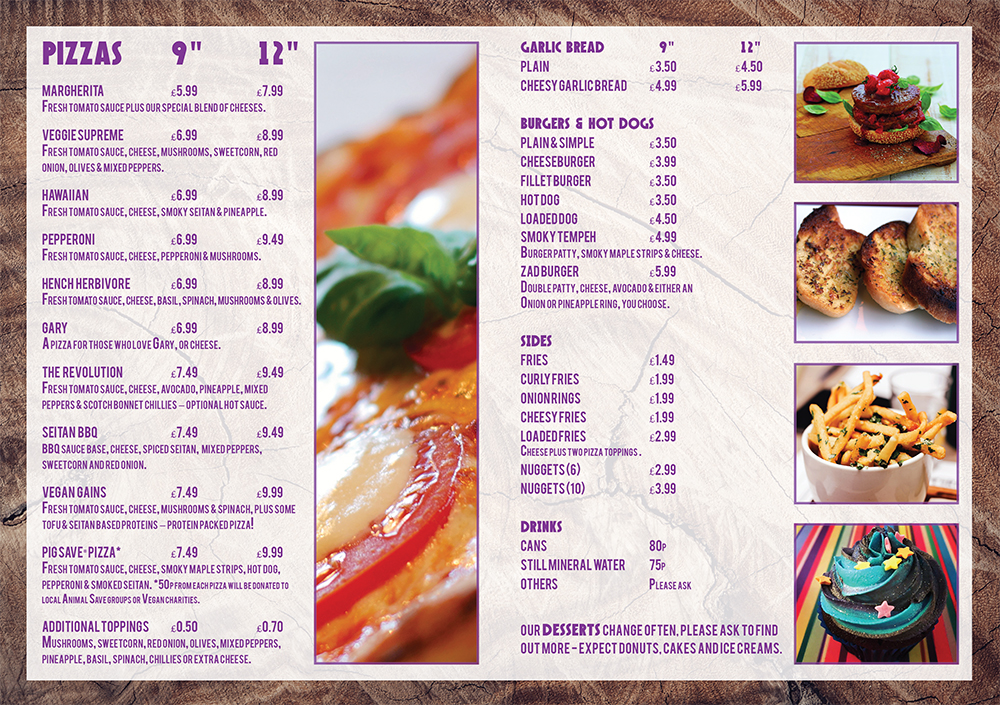 The business is staffed entirely by Vegans, to give back to the grass roots that established the demand, as well as the menu having a not-so-subtle nod to a few well-known names.

Where can I find ZAD’S? 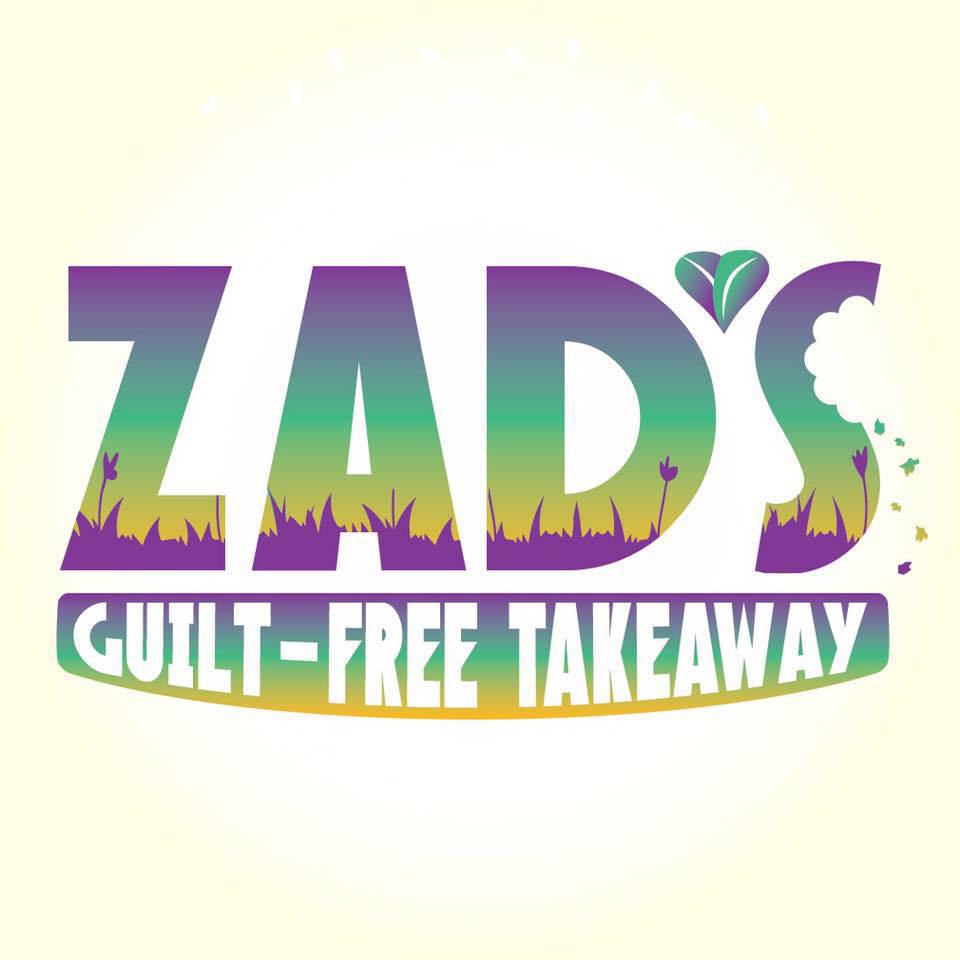