A new vegan musical, Little Sausage, is opening in London in March and it's all about the relationship between veganism and masculinity.

A new vegan musical, Little Sausage, is coming to The Other Palace Studio in London in March 2022.

Little Sausage is a verbatim musical about the nation’s most controversial sausage.

The music and lyrics in the musical all come from interviews with real people, including an Australian activist, and a non-vegan who grew up in farming communities in Northern England.

The story of Little Sausage follows a Yorkshire lad as he journeys from cheese addict to animal activist.

It explores how his relationship with friends and family changes as his lifestyle evolves, all while striving to defy the stereotype that vegans are all ‘pale, pasty, and wasting away’.

The real-world lyrics, set to a pop-folk score, explore the myth that meat equals manliness. 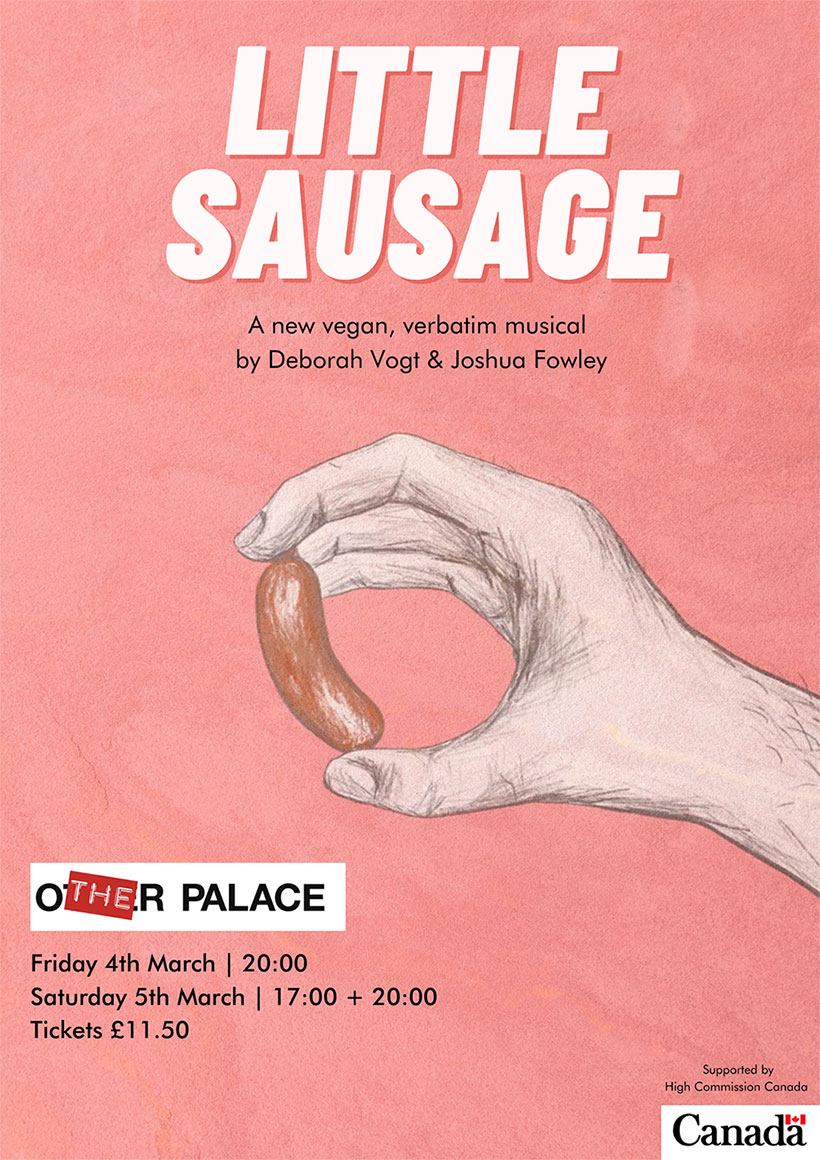 The Little Sausage musical, which has been 3 years in the making, is performing on the 4th and 5th of March 2022 in The Other Palace Studio, London.

Is it manly to eat meat?

Just last year, an Australian study revealed that 73% of men would rather die young than stop eating meat – an alarming insight into the mentality that it is better to perpetuate harmful behaviours than to appear ‘weak’ or ‘feminine’.

But where does the idea that meat is manly come from?

It’s clear that pressures from modern culture and the media perpetuate the idea that meat is ‘man food’, and going plant-based is somehow emasculating.

In a society where toxic masculinity is rife, it’s inescapable.

However, as we see more initiatives like Veganuary and Meat Free Mondays bring plant-based eating into the mainstream and more vegan advertising and documentaries targeted towards men, we can hope to see these attitudes shift for the better.