BOSH! teams up with Derek Sarno to create a vegan Christmas feast

Vegan cooking duo BOSH! are teaming up with Tesco’s Head of Plant-Based Innovation, Derek Sarno, this Christmas to create a Christmas dinner as you’ve never seen it before. 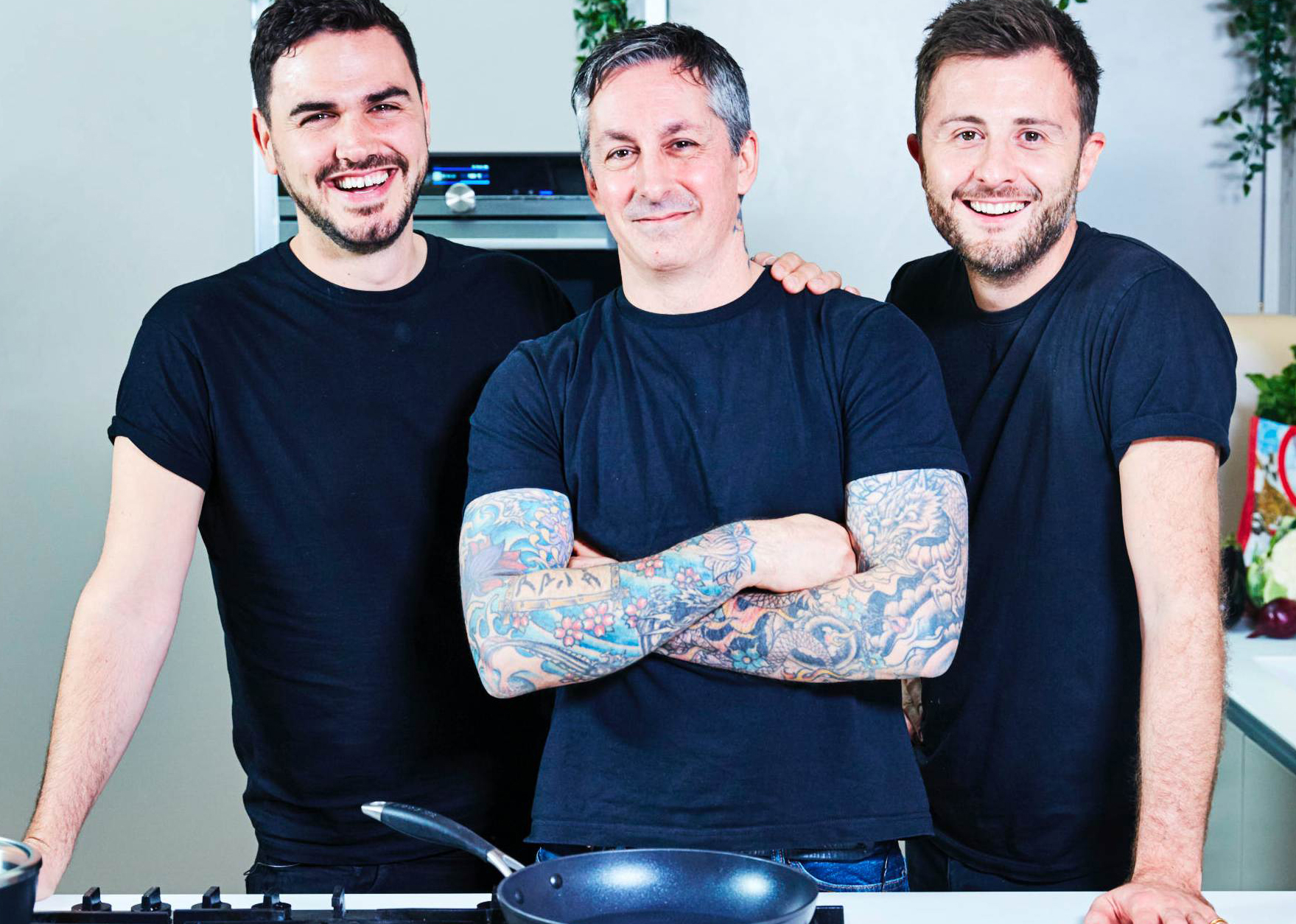 This Christmas Tesco’s Head of Plant-Based Innovation, Derek Sarno, has teamed up by dynamic duo BOSH! to create a Christmas dinner as you’ve never seen it before filled with delights such as scallops made from mushrooms, plant-based pigs in blankets and vegan wine.

The five-course plant-based festive feast, dubbed ‘Vegmas’ is designed to inspire people cooking vegan and vegetarian dishes this festive season, showcasing the range of options available for everyone, from novice cooks to competent chefs.

Taking place on Tuesday 4 December 2018 beneath the railway arches in Shoreditch, the exclusive event will see diners feasting on a menu specially designed by BOSH! and curated by Tesco Executive Chef, Martyn Lee and Derek Sarno.

Putting plant-based spins on classic festive dishes, guests will enjoy vegan wine and canapés, king oyster mushroom ‘scallops’ to start and vegan ‘bangers in blankets’ as part of their main course. Certain dishes in the menu will also include items from the Tesco vegan Christmas range, such as the Vegan Stuffed Butternut Squash, which is stuffed with a tangy beetroot and apple filling, and topped with crunchy,  colourful pumpkin and sunflower seeds – ideal for vegan hosts or those looking to impress guests.

Parts of the menu will even be ‘crowdsourced’, with BOSH!’s 364,000 Instagram followers being asked to vote for the dessert to be served to guests on the night: Christmas-spiced sticky toffee pudding or a mincemeat tart, both served with a luxurious cashew brandy cream. 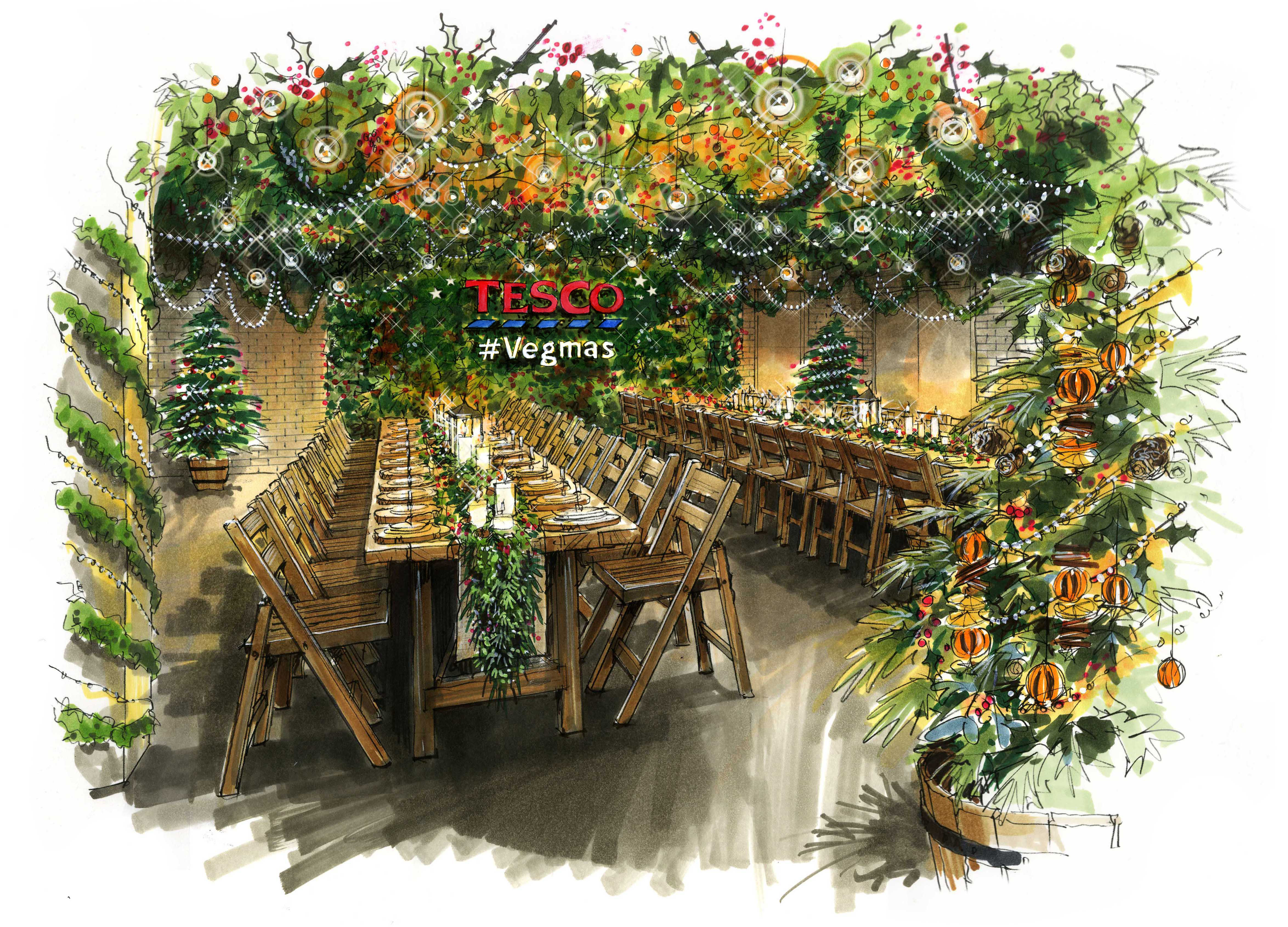 Firth, commented: “Christmas dinner is without a doubt our favourite meal of the year. It should be warming, indulgent and exciting. Whether you are a vegan or just fancy trying something different this year, we’ve teamed up with Tesco for Vegmas to create delicious, plant-based, festive food that everyone at the dinner table will be able to enjoy.”

Chef Derek Sarno commented: “There has never been a more relevant time for an event like Vegmas, with plant-based eating on the rise in the UK, and many people choosing to eat meat more mindfully each week.  Holidays can be a time when already stretched home cooks can feel overwhelmed with cooking for everyone. Vegmas is designed to show how easy Tesco makes it to cater for all dietary needs and add more plants to your holiday tables – whether via easy and impressive pre-prepared items such as the Tesco Vegan Stuffed Butternut Squash centre piece – or by using some recipe inspiration”.

There is a recommended donation of £15 for tickets which are available on Eventbrite now. All proceeds from ticket sales will go charity partners of Tesco – The Trussell Trust, which supports a network of foodbanks across the UK to provide emergency food to people in crisis and FareShare, who redistribute surplus food to charities that turn into meals.

Tesco Vegmas follows the unprecedented success of the new Tesco plant-based ready-meal range, Wicked Kitchen, which was launched by vegan chef Derek Sarno, and has just more than doubled in size.