Discover 100 tasty new plant-based recipes that can be on plates in just 30 minutes with the brand new Speedy BOSH! cookbook

Chart-topping vegan cookbook authors Ian Theasby and Henry Firth are back with a brand new book and this time they’re showing us how to spend less time cooking and more time eating!

Many people are under the illusion that cooking vegan food is difficult and time-consuming, but the dynamic duo are keen to show this doesn’t have to be the case with Speedy BOSH!.

Although the recipes might be simple to make, they are certainly not lacking on flavour with one-pan wonders, fragrant curries, hearty stews, comfort food for cold nights and indulgent puddings all featured in the book. 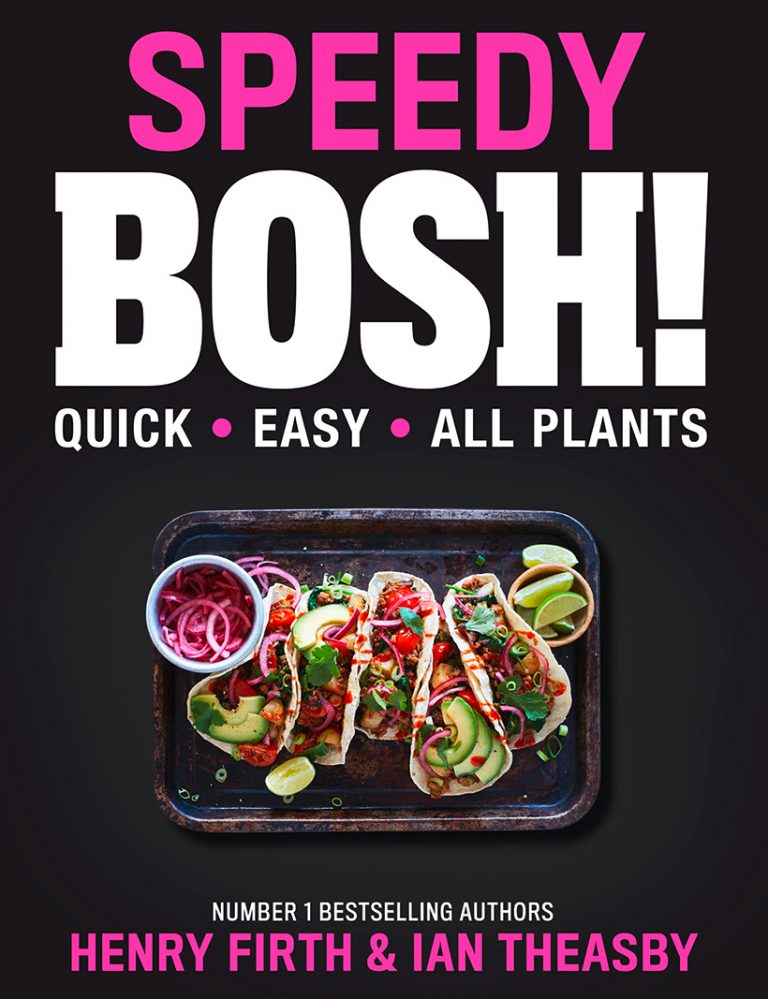 The vegan chefs and authors have been instrumental in bringing vegan cooking into the mainstream in the UK over the past few years. Not only do they have three Sunday Times Bestselling cookbooks under their belts, but they have also hosted the first vegan cooking series on ITV, Living on the Veg, and released a BOSH! range in supermarkets.

Speaking about the role they’ve played in breaking the stigma surrounding veganism, Firth and Theasby, who Piers Morgan described as “Vegans I could hang out with”, said: “We’re so proud to have played a part in getting people excited about changing their eating habits, even if it’s just for a couple of meals a week. But we want to do more.

“We want to make it even easier for you guys to eat tasty, satisfying plant-based food, especially because there can be a misconception that vegan food takes a long time to make.”

Speedy BOSH! by Henry Firth & Ian Theasby is out now (HQ, HarperCollins). Get your copy here.