Boots has launched a new selection of festive vegan sandwiches 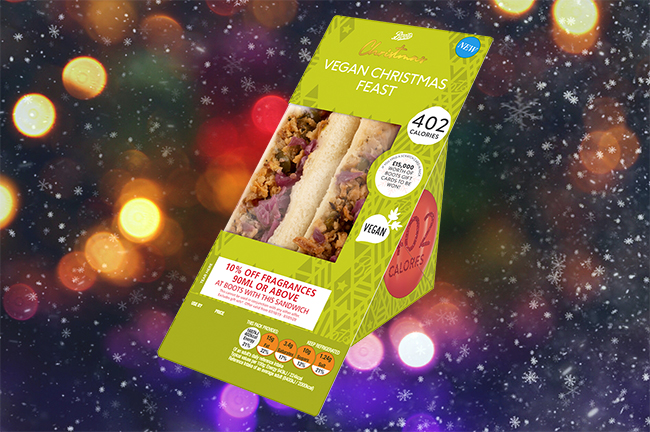 Available in stores now, the company is now offering three delicious sandwiches that will get you in the Christmas spirit.

First up is the Boots Vegan Christmas feast sandwich (£3.00). This hearty sandwich is filled with a roast vegetable stuffing, vegan mayonnaise, red cabbage and fried onions for a festive feast that is sure to banish those lunchtime cravings.

Following in the footsteps of Waitrose who recently launched a vegan smoked ‘salmon’ sandwich using carrot in place of fish, Boots has created its own version in the form of its Boots Vegan smoked salmon & cream cheese sandwich (£3.00) which contains seasoned smokey carrot strips and plant-based cream cheese. 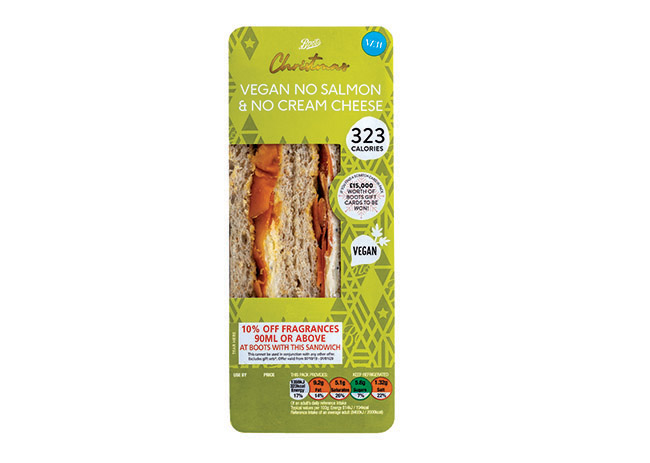 Last but not least is the Boots Vegan Christmas market sandwich (£3.00), a filling sandwich that is stuffed with meat-free sausages, onion chutney, fried onions, mustard, cabbage and vegan mayonnaise.

Hungry vegans will be pleased to hear that these tasty sarnies are also available to purchase as part of Boots’ meal deal.