Bill’s Restaurant and Bar are ringing in the New Year with an affordable vegan menu for Veganuary.

Whilst many people get excited for Christmas, we vegans really look forward to January and all the exciting new vegan products and menus launched across the high-street.

This year Bill’s is bringing its popular affordable Veganuary menu back for another year after enjoying a 162% increase in sales from 2018 – 2019 of their most popular vegan dish, the Vegan Carrot Wellington.

The high-street restaurant chain will also be increasing its vegan offerings during Veganuary with seven additional vegan specials including two new vegan desserts and the Special Bill’s Vegan “Eggs” that can be purchased for just £5 each when you buy a vegan main course.

For a starter, diners will be able to enjoy the Wild Mushroom Soup with garlic croutons and chives or Miso Aubergine Fritters with smoked chilli and soy dip topped with mixed seeds.

A hearty selection of mains is also on offer, with dishes such as a Mushroom and Tarragon Suet Pudding with roasted mushroom, parsley and white bean cassoulet or Bill’s Beetroot Steak with a portion of fiery tiger fries, bearnaise mayo and pea shoots to choose from. 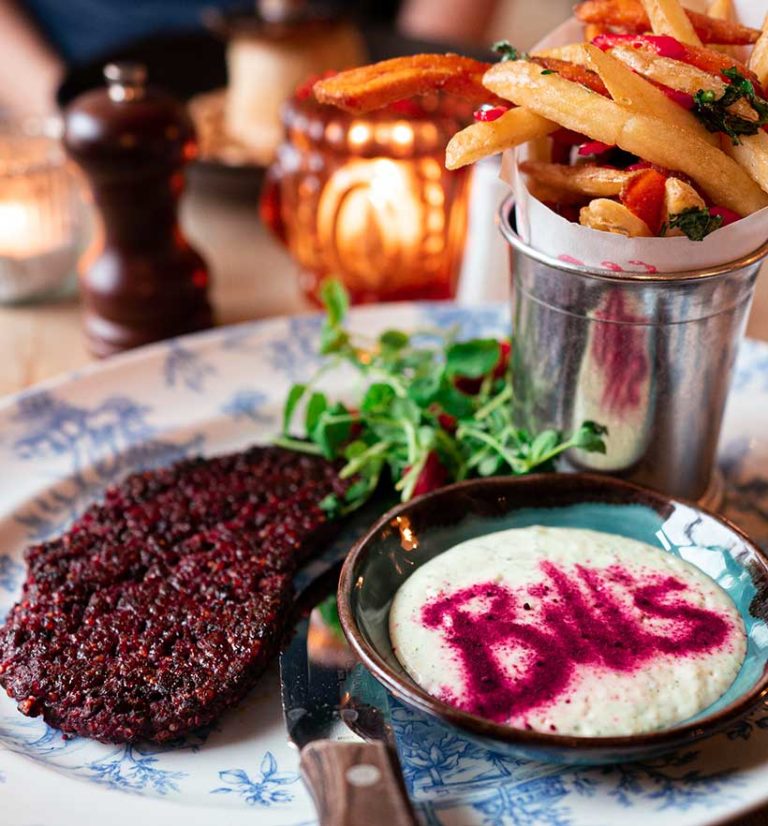 Desserts will include a Sticky Chocolate Pudding drizzled with syrup, icing sugar and hazelnut crumb, served with a scoop of coconut ice cream and Amaretto and Raspberry Frozen Parfait served with a shortbread crumb, coconut flakes and raspberry sauce.