Billie Eilish fans attending shows on the Happier Than Ever world tour will get more than just great music, with climate initiatives and a plant-based pledge taking the limelight.

Billie Eilish’s Happier Than Ever world tour has kicked off, and it comes with an eco-friendly twist.

At every show, environmental nonprofit organisation Reverb will be setting up “The Billie Eilish Eco-Village” on the concourse, which ticket holders can visit for free.

Here, event-goers will be educated on ways to fight climate change, with information from Support + Feed – an intersectional vegan organisation founded by Maggie Baird, Eilish’s mother. The station will also be supported by 4 other local nonprofits.

Fans that have purchased the Charity Platinum Tickets will not only have access to the Billie Eilish Eco-Village but all of the profits from those sales will be donated to Support + Feed.

Reverb is also involved in making Eilish’s tour greener, and has helped to reduce the tour’s overall environmental footprint to make it climate positive. 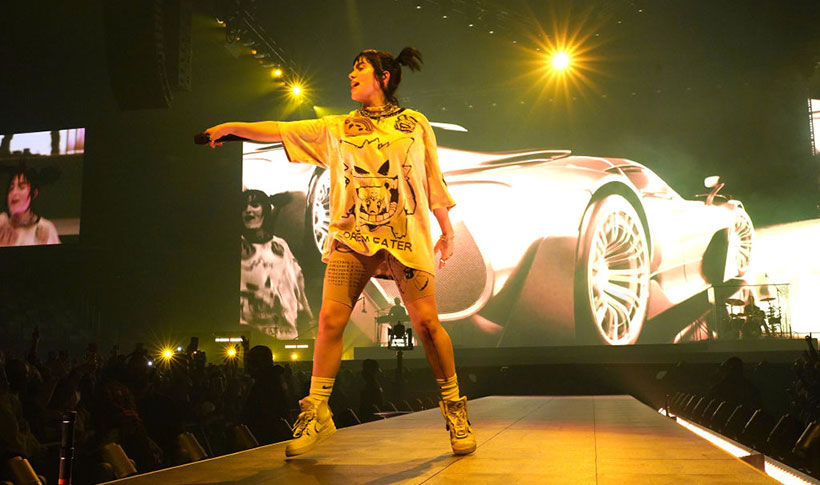 Eilish also worked with Reverb on her Where Do We Go tour in 2020 where fans were encouraged to bring their own reusable cups for drinks and recycling bins were made readily available.

While Eilish’s music is certainly a drawing point for her millions of fans, the whole tour is structured around supporting initiatives that raise awareness about the environmental benefits of eating a plant-based diet.

The Pledge for plant-based

At each show on this tour, attendees will also be introduced to The Pledge. A campaign created by Support + Feed.

The Pledge asks people to eat one plant-based meal a day for 30 days – a small effort that will add up to a lot among Eilish’s fanbase of millions.

The Pledge is sponsored by Derek and Chad Sarno’s Wicked Kitchen brand.

In a statement to VegNews, Chad Sarno said, “There is no better time than now to do what we can to alleviate the suffering in this world, and that starts with any positive impact we can support within local communities.

“This sense of urgency that Wicked shares with Support + Feed is the driving force of our partnership and will be amplified with the power of plant-based food distribution.”