Tech ace Bill Gates has described going vegan as a ‘great’ way to reduce our impact on the climate.

The former Microsoft boss has previously praised plant-based meat, and spoken out about the damaging environmental impact of beef consumption.

In a recent Reddit Q&A, the billionaire was asked what his current view is on adopting a plant-based diet to lessen climate change, and how people can be educated on this matter on a large scale.

Gates replied: “For people who want to go Vegan that is great but I don’t think most people will do that.

“There are companies making ‘beef’ in new ways and people working to still use cows but reduce the methane emissions.

“I have backed a number of innovators in this space including Beyond and Impossible and Memphis. I think eventually these products will be very good even though their share is small today.” 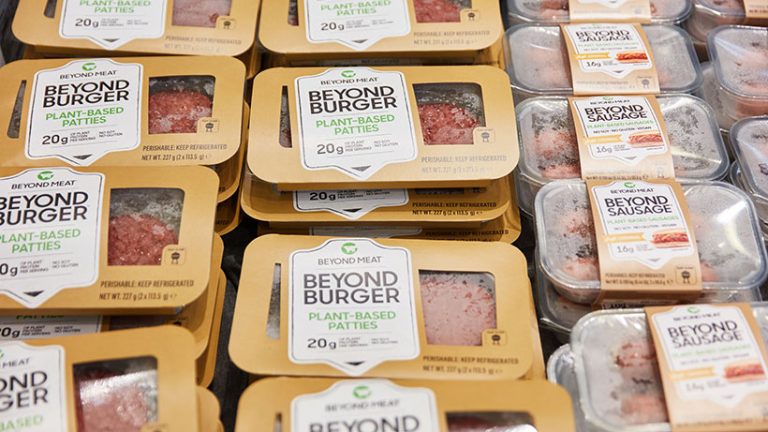 The former Microsoft boss also revealed that he has backed a number of plant-based brands like Beyond Meat and Impossible Foods. Image credit: Robert Kneschke via Adobe Stock

‘You won’t be able to tell the difference’

This isn’t the first time Gates has spoken positively about the future of plant-based meat.

In 2020, he collaborated with YouTube star Mark Rober to taste two meat-free brands against a beef burger from Dick’s Drive- In.

“It’s quite good. I mean that’s light-years away from what they used to make,” the entrepreneur said.

“The quality is going to keep getting better. The plant-based guys are not done innovating. Eventually they claim you won’t be able to tell the difference.”