Ben & Jerry’s launches vegan cookie dough in the US

Ben & Jerry’s has released snackable bags of Chocolate Chip Cookie Dough Chunks into the US market and they’re completely vegan. 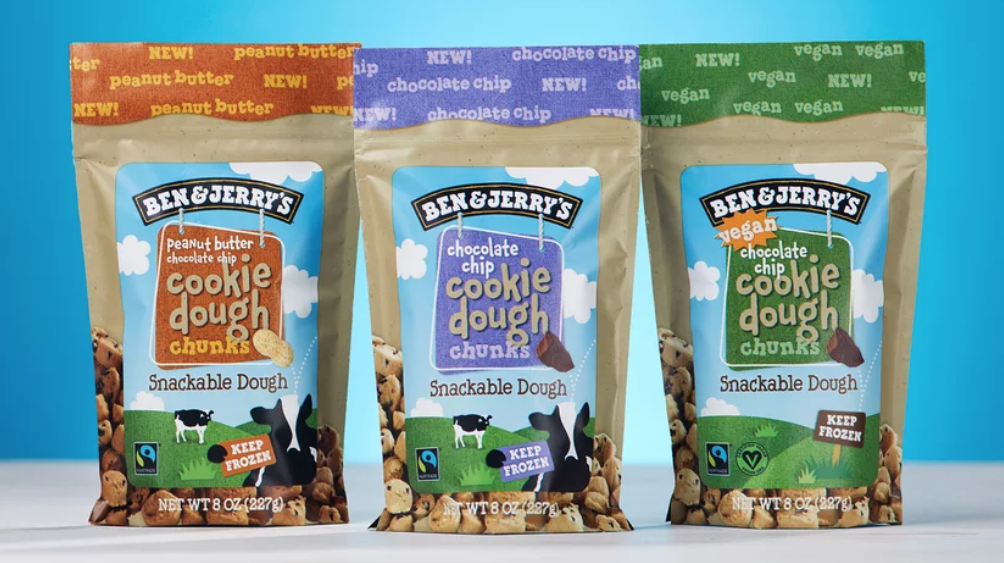 The company recently added more flavours to its range in the US in the form of the long-awaited vegan version of its popular cookie dough flavour – Non-Dairy Chocolate Chip Cookie Dough and Chocolate Caramel Cluster.

Fans of the company’s Cookie Dough ice-cream will be pleased to hear that the company has just released snackable bags of Chocolate Chip Cookie Dough Chunks (RRP $4.99) into the US market, and they’re completely vegan.

Not only are the bites vegan and egg-free, they’re also safe to eat raw because the dough contains heat-treated flour.

Speaking to Delish, Ben & Jerry’s Innovation Manager, Jody Eley, said: “Fans have been asking for ‘just the chunks’ for a while now. During a short market test in Vermont last summer, fans snatched up the dough in record time.

“Bags flew off the shelves in mere days and stores could not keep the delicious dough bites in stock! Now, Ben & Jerry’s is rollin’ out the dough to fans across the US.”

Unfortunately, the eggless cookie dough bites are not available in the UK just yet, but according to Ben & Jerry’s website, they may be making their way over to the UK following the US launch.

Ben & Jerry’s website states: “We haven’t confirmed plans to bring our snackable Cookie Dough chunks to the United Kingdom just yet, but we never say never!”

The Chocolate Chip Cookie Dough Chunks will be available at Ben & Jerry’s Scoop Shops and retailers nationwide in the US from this month.