Ben & Jerry’s has unveiled a mouth-watering new trio of vegan ice-creams made from sunflower butter in the US.

Ben & Jerry’s first debuted its vegan-friendly range of in 2016 with four mouth-watering flavours and has since released a 17-strong range of new dairy-free pints which now make up 25 percent of their total product line-up.

Now the company has introduced a new line-up of flavours in its vegan range made from sunflower butter to create a creamy texture instead of using almond milk.

As a bonus, Ben & Jerry’s fans will have access to an exclusive flavour at their local Scoop Shop: Cold Brew Coffee Fudge Chip, a cold brew non-dairy frozen dessert with fudge flakes and a fudge swirl. 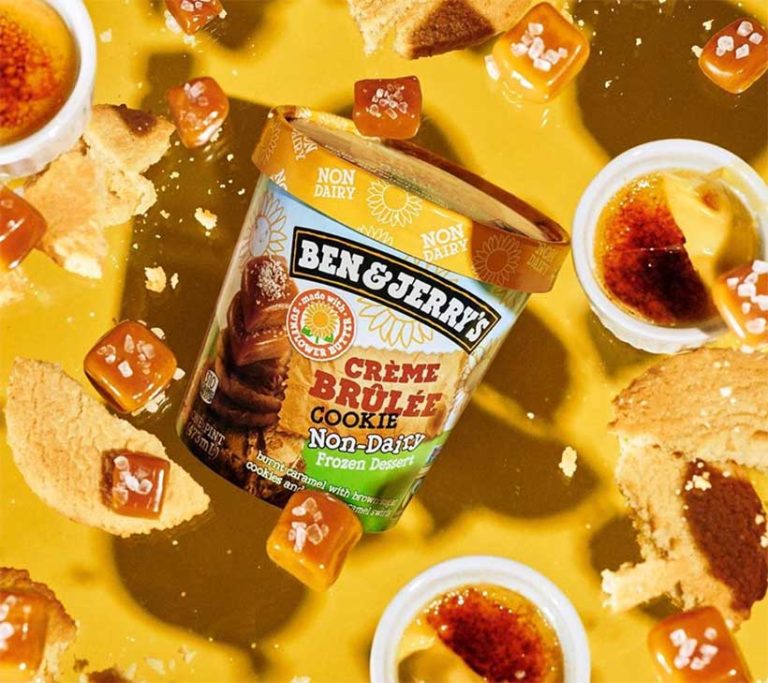 Ben & Jerry’s has previously used almond milk to create its dairy-free desserts, but the new flavours are made from sunflower butter making them a great alternative for those with nut allergies.

“Plant-based eating is one of the biggest trends in the world and ice cream lovers everywhere have shouted for non-dairy/vegan options that rise to the levels of Ben & Jerry’s euphoric awesomeness,” said CEO Matthew McCarthy.

“I am over-the-moon excited that our Flavor Gurus have churned out something funky and chunky that is nothing short of spectacular.”

The sunflower butter flavours are appearing now on grocery shelves across the US and in Scoop Shops where they will retail between $4.48 – $5.99.

Sadly the new flavours are currently only available to purchase in the US, but the company is gradually rolling out its vegan flavours to international markets so here’s hoping we see them heading to European freezers in the near future.