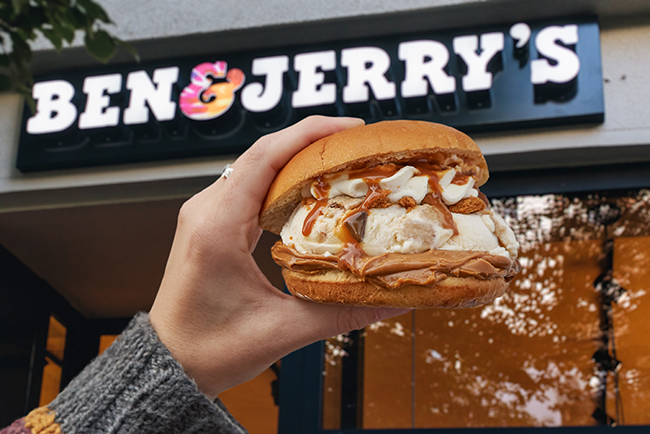 Ben & Jerry’s have teamed up with vegan recipe creators and best-selling cookbook authors BOSH! to create a mouth-watering limited-edition vegan menu in celebration of World Vegan Month this November.

Tasked with creating three menu items for their Scoop Shops in London, Berlin and Rotterdam, Henry and Ian from BOSH! were asked to “give vegan flavour fans a treat to sweeten up the season”, and boy did they deliver! 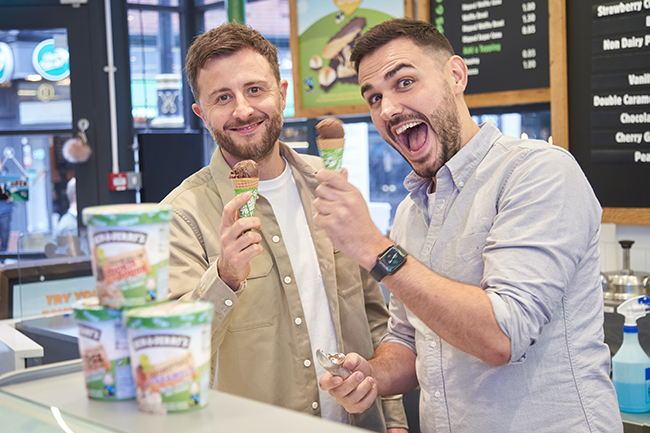 The limited-edition menu is full of belly-busting delights, all of which are completely free from animals.

The Im-BOSH-ible ice cream burger (£5.45) features a sweet and soft vegan brioche roll loaded with speculoos spread and your choice of Ben & Jerry’s Non-Dairy ice cream. Top it all off with a salty-sweet caramel sauce and finish with crumbled speculoos cookies and vegan whipped topping. 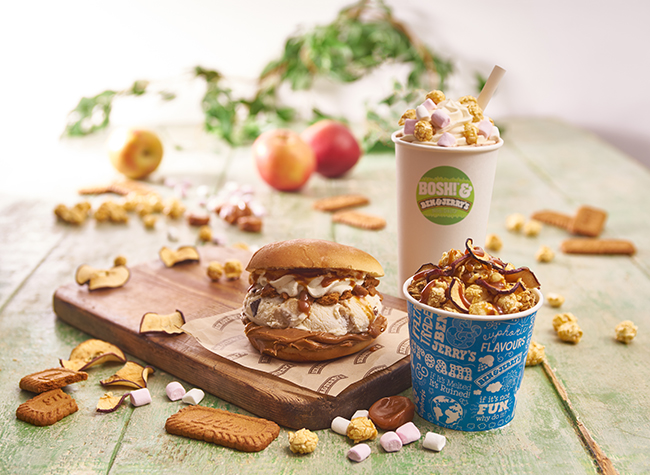 What could be better to cosy up with this November than the Campfire Snuggle Hot Chocolate (£5.45). This decadent beverage comes with a scoop of Ben & Jerry’s Non-Dairy Chocolate Fudge Brownie melted with almond milk and cinnamon into a smooth and fudgey, spiced hot chocolate, topped with lashings of whipped topping, vegan marshmallows and caramel popcorn.

In a statement sent to Vegan Food & Living, Henry and Ian from BOSH! said: “We’ve loved being let loose in the kitchen with Ben & Jerry’s vegan range, we hope fans will love this menu inspired by some of our favourite American recipes.

“We think our show-stopping burger, super stacked sundae and cosy hot chocolate will be perfect way to sweep away those autumn leaves.”

Ben & Jerry’s Scoop Shop Guru, Zara Hall added: “We knew this World Vegan Month we wanted to give vegan fans a reason to celebrate, so now the leaves have changed – our Scoop Shop vegan menu has too and who better take on the challenge than the BOSH! guys.

“Bringing together their flavour first, creative spark with a little peace, love & ice cream turned out to be a match made in plant powered dessert heaven.”