Ben & Jerry’s is releasing a vegan version of its popular cookie dough ice-cream flavour for the first time in the UK this Autumn. 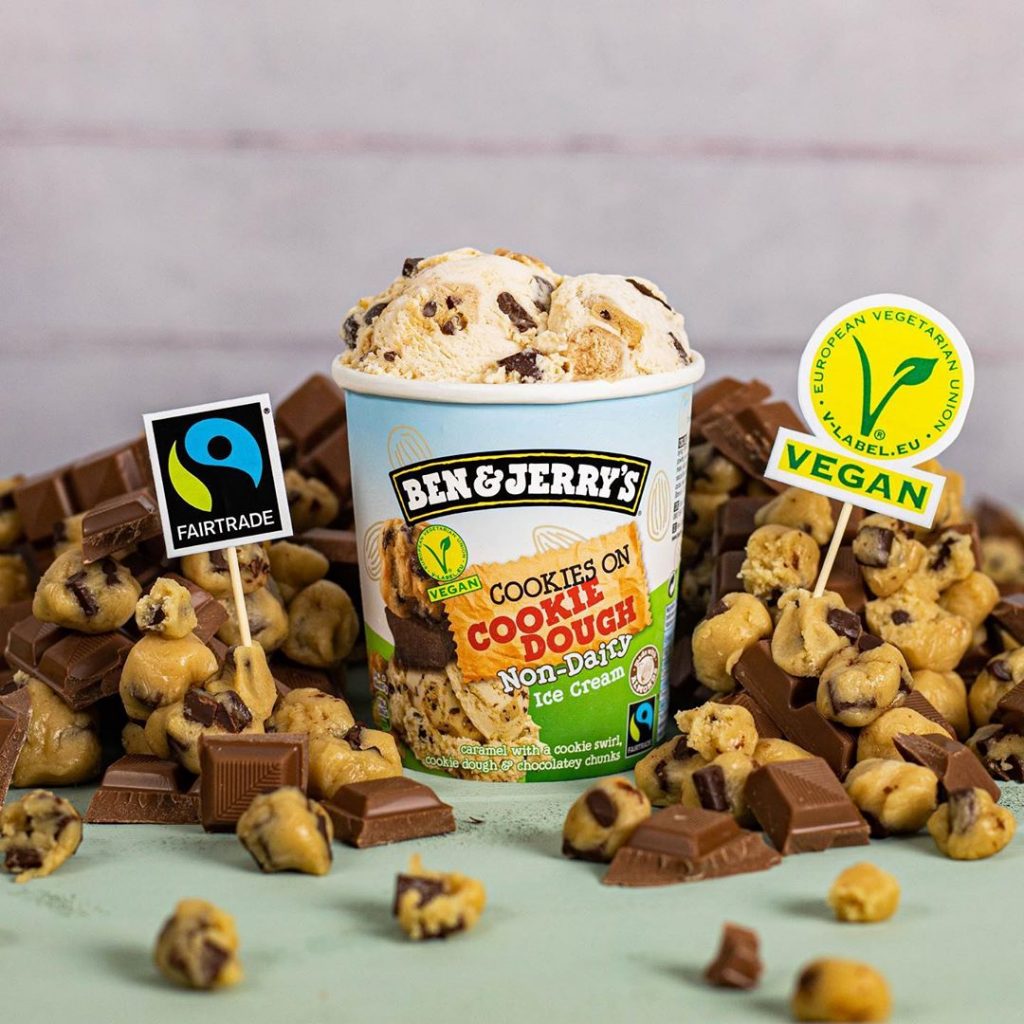 Following on from its US release earlier this year, ice-cream company Ben & Jerry’s is finally bringing the much-anticipated flavour to UK freezers.

The dairy-free offering, Cookies on Cookie Dough, is made with a dairy-free almond milk-based caramel ice cream and is packed with a generous helping of chocolate chip cookie dough and chocolate pieces.

According to the company’s website: “Here are two reasons to love our latest Non-Dairy. Firstly, it’s caramelly, & very cookie-ey. Secondly, it’s dairyless! Thirdly, you might need to sit down for this… it’s loaded with cookie dough chunks, now… VEGAN! Ok, three reasons. We’re not great with numbers but we are with chunks.”

Cookies on Cookie Dough rolls will be available to purchase in stores and major retailers nationwide from late September with a recommended retail price of £6.

Ben & Jerry’s Flavour Guru, Priscille Moussy said: “Our classic Cookie Dough tub was concocted for people who know the joy (and the temptation!) of sneaking a bite or two of cookie dough before it makes it into the oven, which got us thinking… Why should our vegan fans have to miss out?

“We’ve been working hard, with our friends at Rhino, to create a vegan cookie dough that really stands up to the original. I think we nailed it.”