The jackfruit, which has been described as a 'vegan sensation', will launch in a major UK supermarket later this week

Flavoured jackfruit created by Tropical Sun will launch in Asda later this week.

The fruit, which the brand has described as a ‘vegan sensation’ thanks to its meaty texture, will come in two flavours – BBQ and Tex Mex.

Tropical Sun notes that preparing fresh or tinned jackfruit can be ‘manually intensive’ and time-consuming, as it has a very mild flavour which requires flavouring with herbs, marinades and sauces. But this product instantly takes that stress away and you can use it in lots of different vegan recipes.

Like tofu, jackfruit takes on the flavours of seasonings, which means that when it’s well prepared, thanks to its meaty texture, it makes a delicious centrepiece for your meal.

Because the new flavoured products are ready-to-eat, they are an easier option for people who are short on prep time. 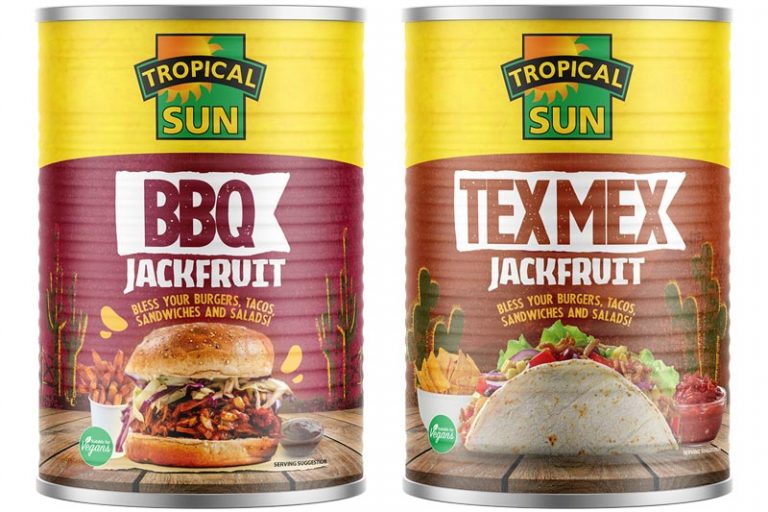 The versatility of jackfruit

According to the brand, its product offers ‘the perfect base for a quick and easy plant-based meal’.

It recommends using the BBQ flavour as a sandwich filling in a brioche bun, served with salad and chips, as a meat-free alternative to pulled pork.

Meanwhile, it says its Tex Mex option is perfect in a tortilla wrap with rice, black beans and guacamole.

In a statement sent to Vegan Food & Living, Vas Sideras, Tropical Sun’s Supermarket Lead said: “We’ve seen a soaring demand for plant-based foods in recent years and these ready-to-eat products build off the success of our Jackfruit in Brine and Jackfruit in Water, which are amongst the most popular foods in our entire range.”

Keen to try it yourself, but not sure where to start? Here are 19 vegan canned jackfruit recipes for inspiration