An award-winning vegan bacon product backed by Natalie Portman has finally launched in supermarkets and restaurants across the UK.

French brand La Vie says British consumers have been lobbying for it to make its rashers and lardons available on these shores.

The company says its products offer ‘the iconic taste and consistency of smoky streaks of bacon’, and ‘perfectly replicate the taste, texture and appearance of pork’.

Thanks to its realistic meaty flavour and texture, La Vie was crowned ‘Best Plant-Based Bacon in the UK’ at the Plant Based World Expo in 2021.

It credits its extensive taste-tasting of the recipe (which was trialled more than 5,000 times during development) for its parity to pork, as well as its production method, which involves using sunflower vegetable fat in a patented extraction process.

La Vie says its bacon is so realistic, it was ‘attacked’ by French pork organisation INAPORC, after it tried to stop it from using meaty nomenclatures, as part of a wider movement by the country’s meat producers to stop vegan producers from using traditional names for their alternative products.

La Vie responded to these words via social media, saying that the pork body’s acknowledgement that its product replicates meat is the ‘nicest compliment in the world’ .

It added: “To achieve this with plants, in France, without the animal in the equation and the suffering and CO2 that go with it, yes, we admit our crime: we’re happy with it.” 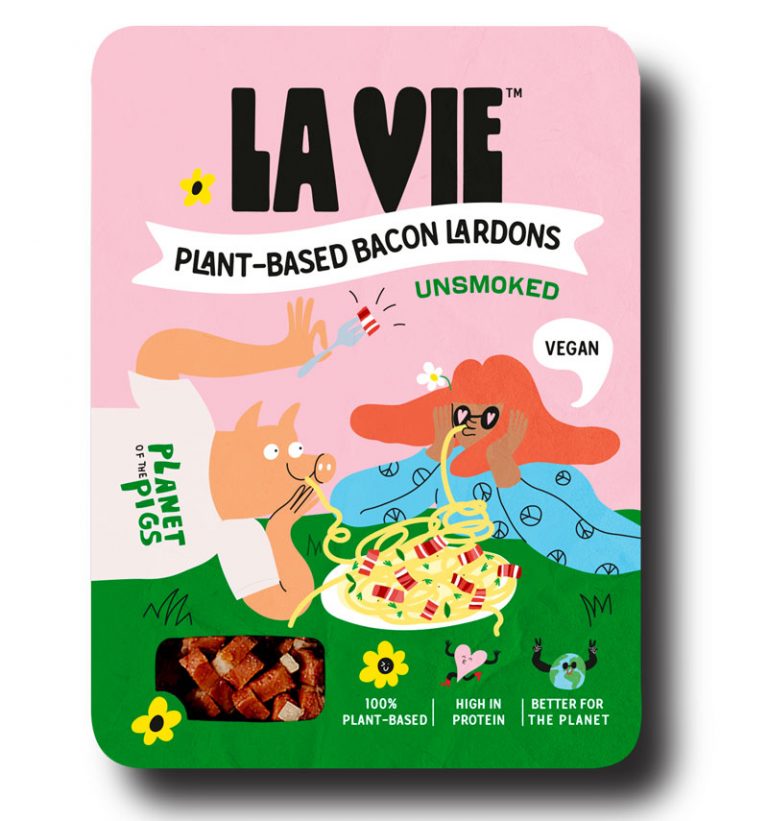 In a statement sent to Vegan Food & Living, CEO and Co-Founder, Nicolas Schweitzer revealed that consumers have been urging the company to bring its prize-winning product to these shores over the last 12 months so they can finally use it in their vegan recipes.

He said: “We are thrilled to have finally arrived in the UK, where we’ve been continuously requested ever since we revealed our plant-based bacon a year ago.

“Our goal is to unite everyone at the same table, no matter their dietary preferences, with a product that is not a compromise for anyone.

“I am confident this mind-blowing bacon is the best way to do just that.”

La Vie is now available at Sainsbury’s and Waitrose stores across the UK, and will launch in Planet Organic and Whole Foods Market next week. It has an RRP of £3.50.

You don’t need pigs to enjoy the perfect rasher, check out our 11 smoky vegan bacon recipes that taste better than meat