Asda mince pies have been given the vegan seal of approval just in time for Christmas, with the supermarket paving the way for vegan labelling yet again. 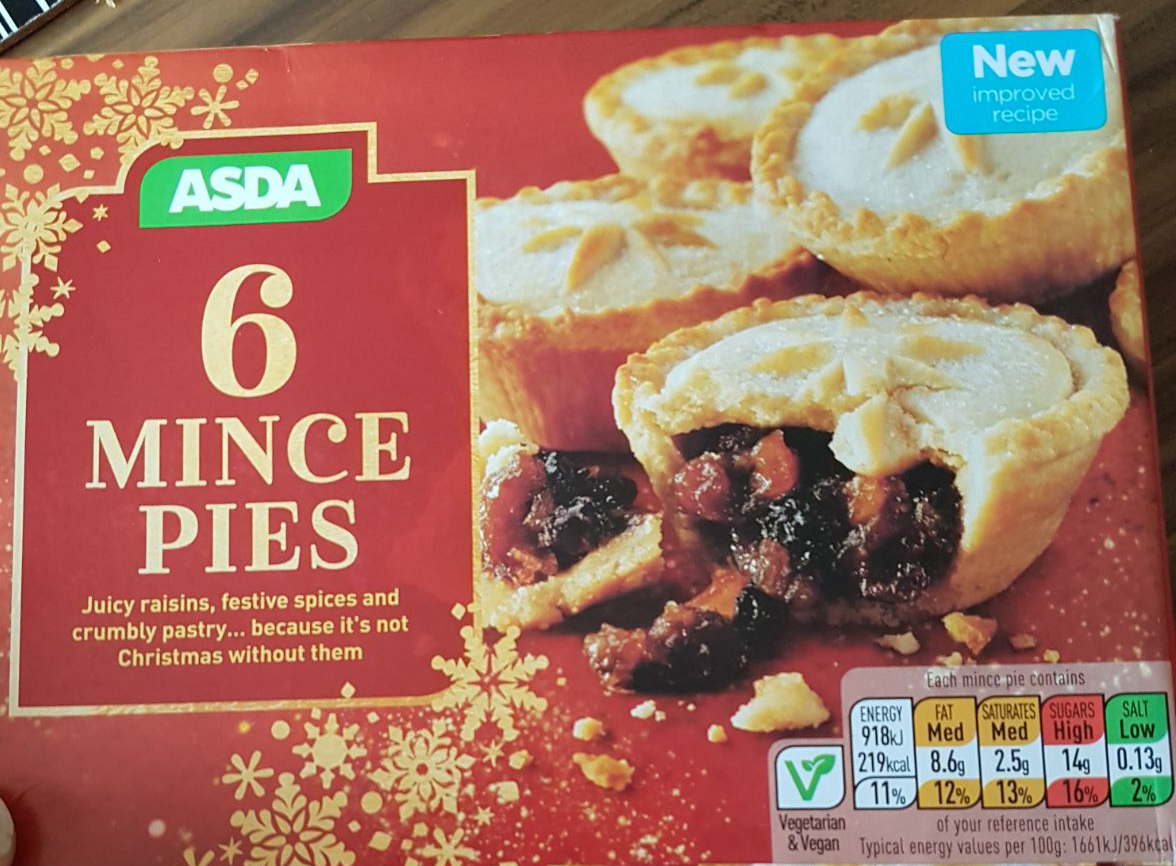 The mince pies are the first ones sold in a supermarket to carry the Vegan Trademark, the most credible vegan label on the market used to make it easier for shoppers to identify a product that is free from animal ingredients.

The Vegan Society has been registering products with the Vegan Trademark since 1990, with over 24,000 products from 53 different countries carrying the logo today.

At just 89p per a pack of 6, the mince pies are an affordable and easily accessible vegan Christmas dessert – or something to snack on this November as it’s World Vegan Month.

George Gill, Chief Executive of The Vegan Society, said: “We are delighted to register Asda’s delicious mince pies with our Vegan Trademark just in time for Christmas.

“Labelling products is important to vegans and those shopping on their behalf – especially for those hosting a vegan this year, it is very useful if they can identify a vegan product just with a quick glance at the package.

“Providing vegan options makes clear commercial sense for retailers, who can open up their market to a fast growing number of vegans worldwide.”

Earlier this year, Asda became the first UK supermarket to carry the Vegan Trademark in a bid to improve the labelling of its vegan products.

Ciara Loker, Bakery Product Developer at Asda, said: “This festive season, Asda is proud to announce we now offer mince pies that are suitable for vegans and have been accredited by the Vegan Society.

“At Asda we are committed to innovation and developing the best quality products that can be enjoyed by everyone.”

While Asda is the first supermarket to use the Vegan Trademark, Sainsbury’s and The Co-op also label the majority of their own-brand vegan products.