ASDA has launched a wide range of vegan-friendly BBQ products to welcome in the summer season and celebrate National Vegetarian Week.

Get ready to sizzle up some new products at your next vegan BBQ! ASDA has just announced its new lineup of products that are all suitable for vegans and vegetarians.

This exciting range features brand new products that haven’t been seen before.

Plant-based Korean chicken wings are one to look out for, made from wheat and pea protein and served with a sweet chilli sauce.

Corn on the cob has also been given a transformation into new Corn Ribs, which can be barbecued or oven-baked, served with a garlic and herb dressing.

It doesn’t stop there, as new Plant Based Moroccan Lamb Koftas are also a new addition, which pairs well with the new vegan sour cream and chive dip.

There really is so much choice to enjoy this summer, and ASDA’s new vegan BBQ range ensures that it will definitely be one tasty season.

The entire price range varies between £2 to £3, making it an affordable option compared with other vegan BBQ products. 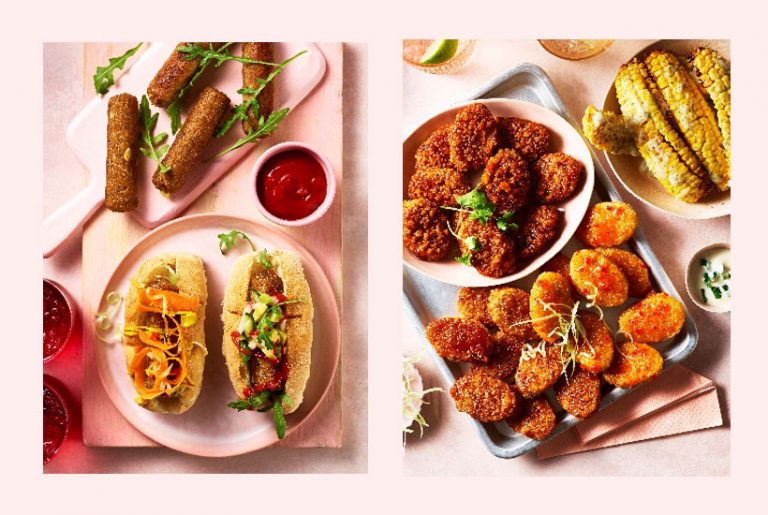 With the expansive ranges of vegan products that are currently on offer, it’s never been easier to throw your own vegan BBQ.

More supermarket outlets are expanding their plant-based ranges to cater for the growing demand for vegan products.

Sainsbury’s was one of the first supermarkets to lead the way by launching a vegan BBQ range in 2019 and keeps releasing more new vegan products.

Tesco notably has a vegan BBQ range which centres more on the traditional BBQ staples of vegan sausages and burgers.

In 2020, Aldi tried to keep up with the trend by launching its own vegan BBQ range with prices starting from as little as 79p.

It’s set to be a scorching summer for vegan food, so head to ASDA to try the new range for yourself.