Arla claims 34% of people living in the UK are making dietary choices “based purely on information from social media.”

Arla Foods, the world’s fourth-largest milk producer and the UK’s largest dairy company, has spoken out about changing attitudes towards the dairy industry.

In a recent statement, the dairy giant claims people are making ‘snap decisions’ based on what they read on social media regarding sustainable diets and dairy.

Additionally, Arla claims its research (which is not yet available) suggests that 49% of Gen Z participants felt ashamed to order dairy products in public.

The dairy cooperative has called for “the need to balance the conversation when it comes to food and the health of our planet”.

What’s more, Arla and its 2,100 farmers are encouraging the nation to “look at the full life cycle of food and farming” before removing an entire food group.

In a statement, Arla claimed its research showed two in five (41 per cent) of people are feeling confused about what exactly makes a sustainable diet.

The statement also said that the study found that 29% of Gen Z would only eat dairy in the privacy of their own homes, and that 65% of people felt ‘pressured’ to consume dairy alternatives but did not want to give up dairy.

Debbie Wilkins, Arla Farmer in Gloucestershire said: “Dairy farming can often be misunderstood, particularly when snap decisions get made based on what we see on social media.

Wilkins concluded by asking people to start “Considering things like the love I have for my farm, for my cows, all nature, and the environment when viewing the industry as a whole.”

Furthermore, Arla Senior Group Agriculture Director, Graham Wilkinson, added: “We know that farming is not without its challenges and when it comes to dairy farming and the climate crisis, we have many hills to climb to reach our target of achieving carbon net-zero by 2050.

“Arla has multiple farmer standards that we continuously challenge ourselves against, with everything from animal welfare, quality of our products and our environmental impact.” 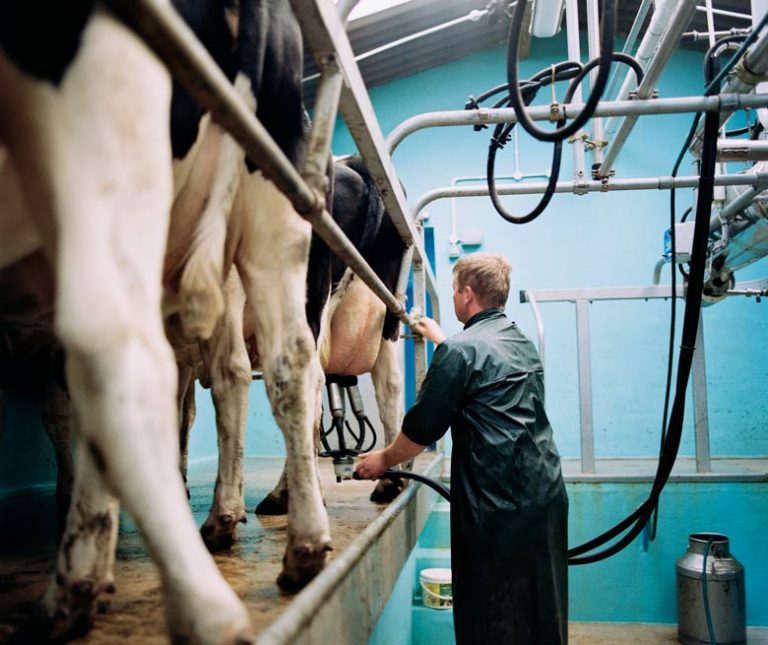 The problem with dairy

The realities of dairy farming have become more apparent in recent years.

As well as environmental factors, such as rising greenhouse gas emissions, animal welfare is a rising concern for many.

Like us, dairy cows only produce milk after giving birth. In order to keep up with the rising demand for dairy, mother cows are artificially inseminated, which can often be a painful and challenging process.

After nine months of pregnancy, the calf is taken from its mother within days or even hours.

The loss of her calf can have a tremendous emotional strain on the mother, yet she will be impregnated again whilst still lactating.

Moreover, this process puts the cow’s body under enormous stress and can leave the body physically damaged.