Applewood is getting set to launch its long-awaited smoked vegan cheese in supermarkets next week. 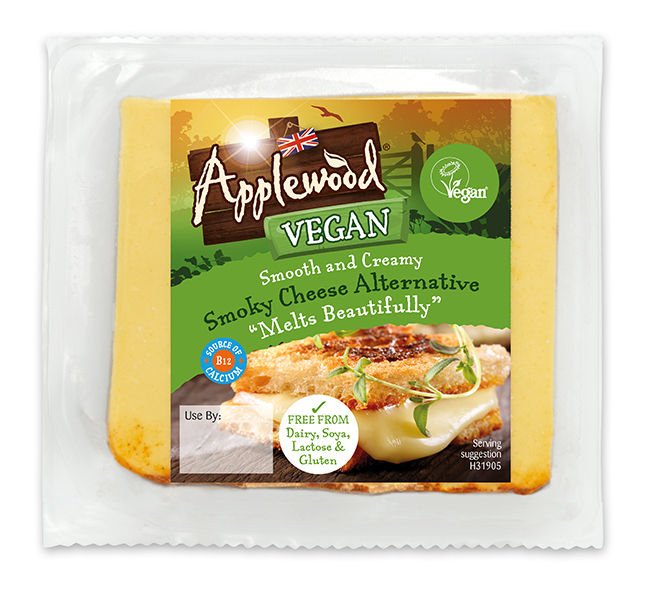 Applewood, a cheese company which has been producing traditional dairy cheese for more than 56-years, has announced it will be launching its first-ever vegan cheese on 23rd September in 235 Asda stores making it the UK’s first major cheese brand to launch a vegan cheese.

The company originally announced that the cheese would launch in UK supermarkets in January 2019 but went back to the drawing board to reformulate the recipe following consumer feedback.

Keen to make a cheese that could rival dairy cheese to help those who say “I’d like to cut out dairy but I’d miss the taste of cheese,” cooks and nutritionists spent two years researching and improving different recipes to make a smooth and creamy cheese that melts beautifully.

The new coconut-based vegan cheese is free from dairy, soya, and gluten, as well as being fortified with added B12 and calcium, and has a smoky flavour comparable to Applewood’s signature smokey cheeses. It has also been registered with The Vegan Society logo to ensure consumers peace of mind.

In order to create the vegan cheese, the packaging of which will be completely recyclable, Applewood collaborated with the pioneering and award-winning plant-based food company, VBites, which is owned by vegan champion Heather Mills.

In a statement sent to Vegan Food & Living, Applewood’s Senior Brand Manager, Lisa Harrison, said: “After producing traditional dairy cheeses for more than 50 years, we are thrilled to be launching a brand new plant-based cheese alternative, which not only has the same great flavour of Applewood but it melts beautifully too.” 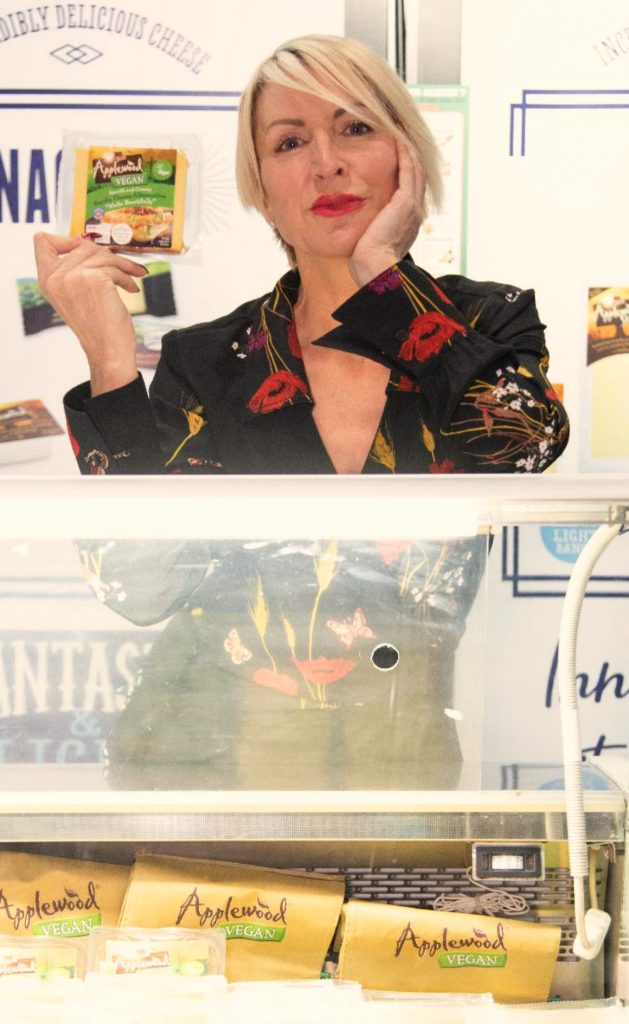 “There’s no lactose, milk, eggs, soya, nuts or gluten in Applewood Vegan, it’s dairy-free and cholesterol-free but it’s packed with the taste that vegans, veggies and flexitarians want in their sandwiches and lunch boxes,” added Heather.

“And because it melts wonderfully but still keeps its flavour, something which was important to 88% of people in our taste tests, it’s perfect for all sorts of dishes from toasties, pizzas and pastas to baked potatoes and cheesy nachos and even fondue.

“At last, for those thinking of changing their diet because of health, ethical and environmental concerns, there’s no need to worry that you’ll miss the taste of cheese.”

Applewood vegan cheese will launch on 23rd September in 235 Asda stores and in January 2020 it will be rolled out to all other food retailers and the entire food service.