Environmentalists are outraged as residents in a street in Bristol attach ‘anti-bird spikes’ to trees in a bid to protect their cars from bird droppings. 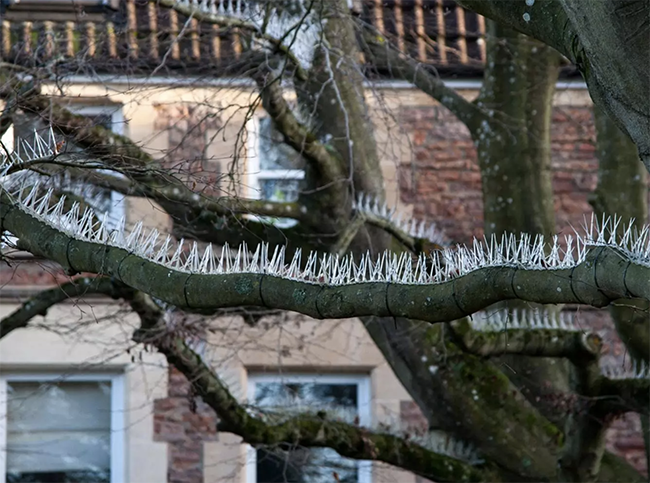 Environmentalists are outraged as spikes have been installed by the residents in a residential street in a bid to stop birds from being able to roost in the trees above their cars.

The spikes – which are generally used to stop birds resting and building nests on ledges and nooks on buildings – were nailed to two trees by residents in an exclusive part of Bristol.

The trees, located in the front gardens of privately owned flats in the Clifton area of the city, have been described by a local Green Party councillor as “literally uninhabitable to birds.”

One resident, who asked to remain anonymous, confirmed the spikes were “solely to protect cars” from bird droppings.

The residents claim to have tried other methods to scare off the birds, and previously installed a wooden bird of prey in the branches. 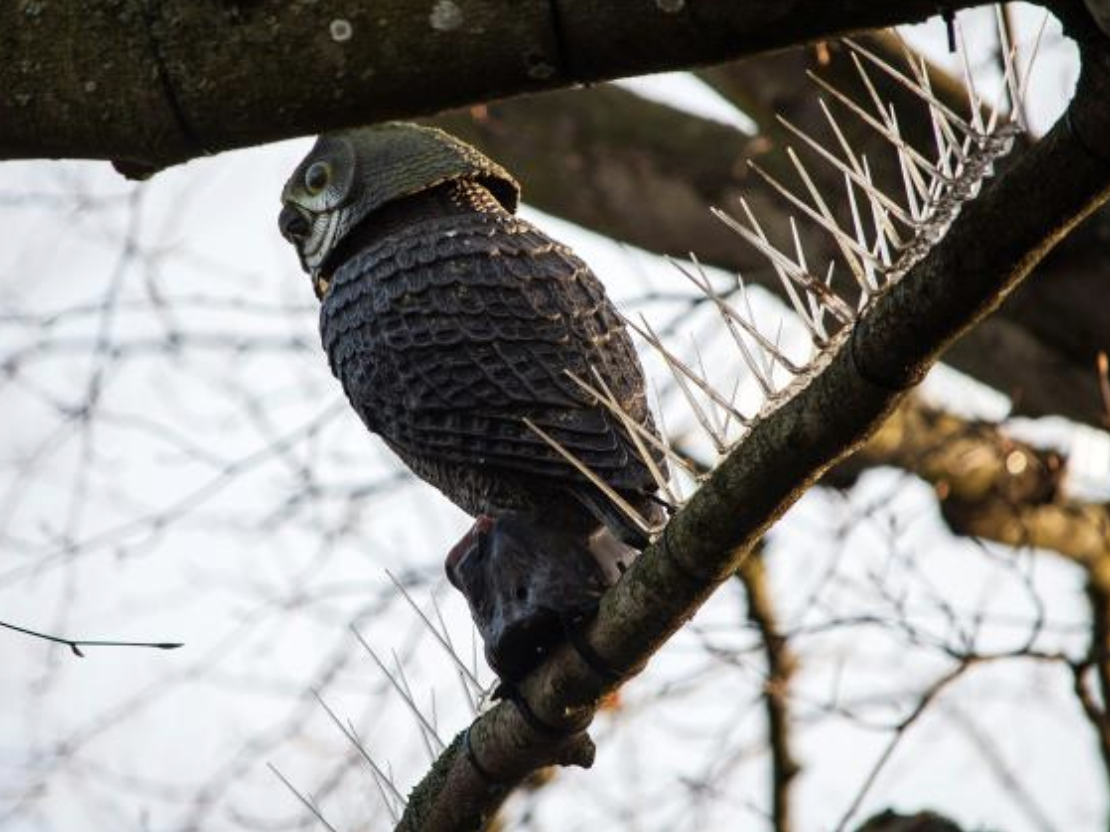 A council spokesperson told Metro.co.uk: ‘The spikes have been there for years, however as they’re on private property without a tree protection order, this is out of the council’s remit.’

Green Party councillor Paula O’Rourke, who represents the area, said: “I’m aware that the landowner might be legally within their rights to do this to the trees as they seem to be on private land.

“However, I will be looking into this at the council.

“Whether allowed or not though, it looks awful and it’s a shame to see trees being literally made uninhabitable to birds – presumably for the sake of car parking.

“Sometimes it’s too easy to lose sight of the benefit that we all gain from trees and green spaces and from the presence of wildlife around us in the city.”

Twitter user Jennifer Garrett wrote: “Our war on wildlife: now birds are not allowed in trees…?! Pigeon spikes spotted in Clifton, Bristol above a car park. Has anyone seen this before? How is it allowed?!”

Our war on wildlife: now birds are not allowed in trees…?! Pigeon spikes spotted in Clifton, Bristol above a car park. Has anyone seen this before? How is it allowed?!
📷: thanks to Anna Francis pic.twitter.com/NuG9WvYBMj

Ms. Garrett’s comments have been retweeted more than 2,000 times, with many other users condemning the barbaric use of tree spikes to stop birds from nesting in their natural habitat.