Anti-dairy advert banned from stores for being too ‘offensive’

A pro-vegan video depicting the horrifying truth behind the method used to artificially inseminate dairy cows has been banned from stores across Wisconsin after complaints from customers it was ‘offensive’ and ‘graphic’. 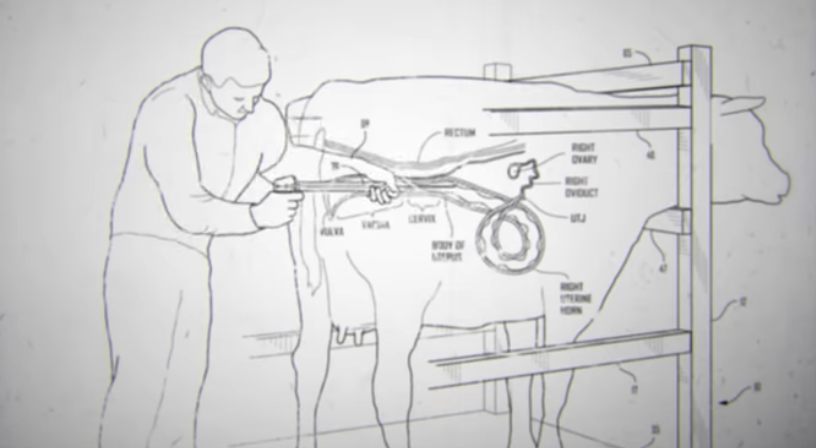 Vegan charity PETA’s short film The Pregnancy Gun has been pulled from 21 stores in Wisconsin where it appeared at the checkout after just two weeks thanks to complaints from customers it was ‘graphic’ and ‘offensive’.

The World Dairy Expo is being held in Madison next month, and so the vegan charity had debuted the 30-second film to unveil the reality behind the cruelty of the dairy industry in Wisconsin, a state that is dubbed the dairy-state as it is one of the largest producers or dairy in the US.

The film was originally supposed to run in Noor Meat & Grocery Store, Mother’s Food & Liquor, and Max’s Family Supermarket in Milwaukee as well as in Enrique’s Market in Madison before it was pulled.

“PETA encourages anyone left with a bad taste in his or her mouth by this video to ditch dairy ‘products’ in favour of soy, almond, coconut, or oat milks; creamy vegan cheeses; and other nondairy foods.”

PETA has instead replaced the film with an ad showing a mother cow and her baby alongside the words: “Not Your Mom? Not Your Milk!”