Another groundbreaking vegan poster campaign from Go Vegan World has launched in London, following on from the successful Veganuary and PETA tube station takeover campaigns. 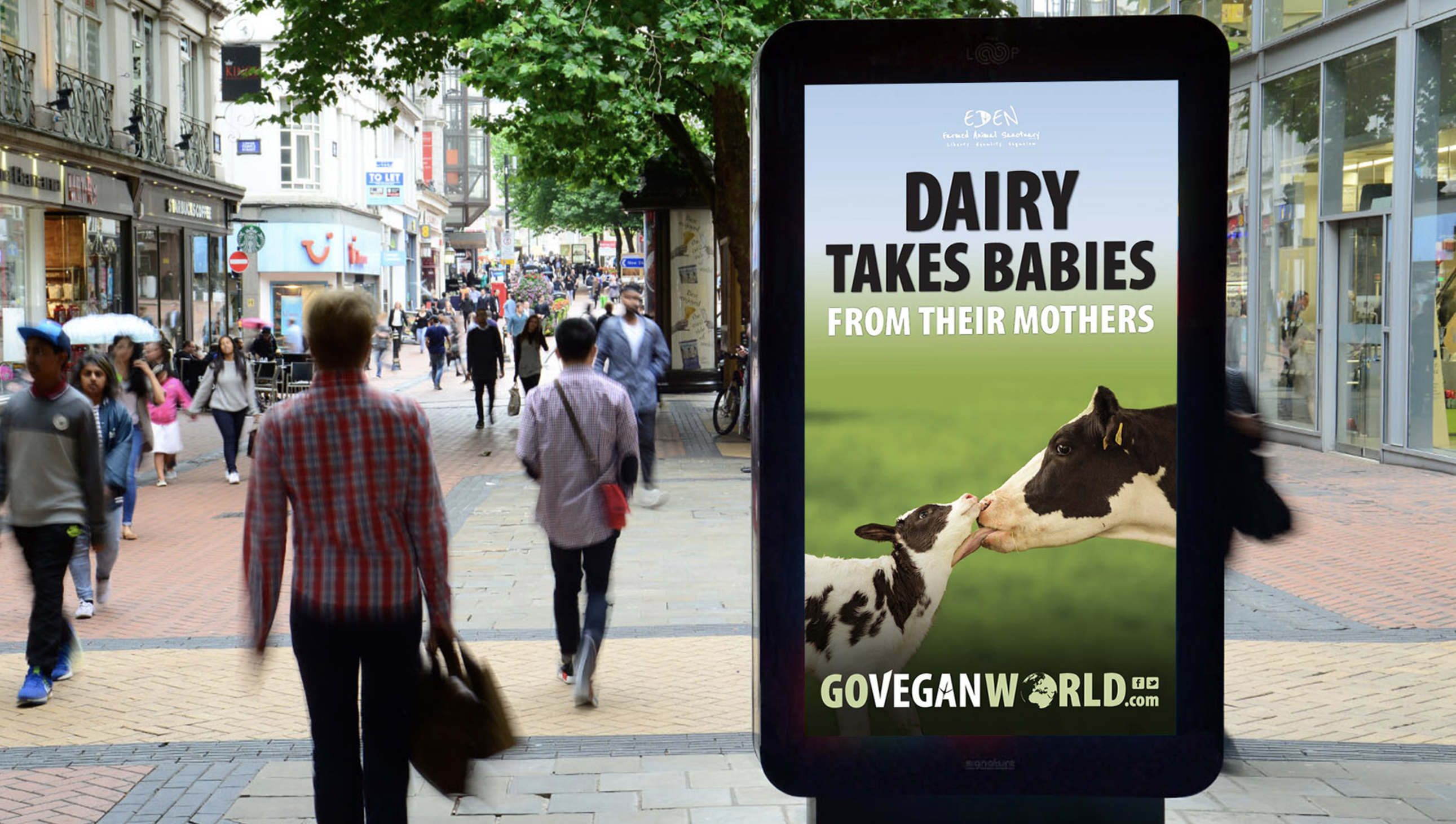 What happens when the animals we eat get to make their own ads? What would they say to us? How would it change what we eat and how we think of them? This is the exact premise of Go Vegan World, the largest and longest-running public vegan ad campaign, spanning several countries and reaching hundreds of millions of people.

The campaign, which is the brainchild of Eden Farmed Animal Sanctuary and Go Vegan World, aims to make the public change their eating habits by using shock tactics to make them reconsider their moral beliefs and values. 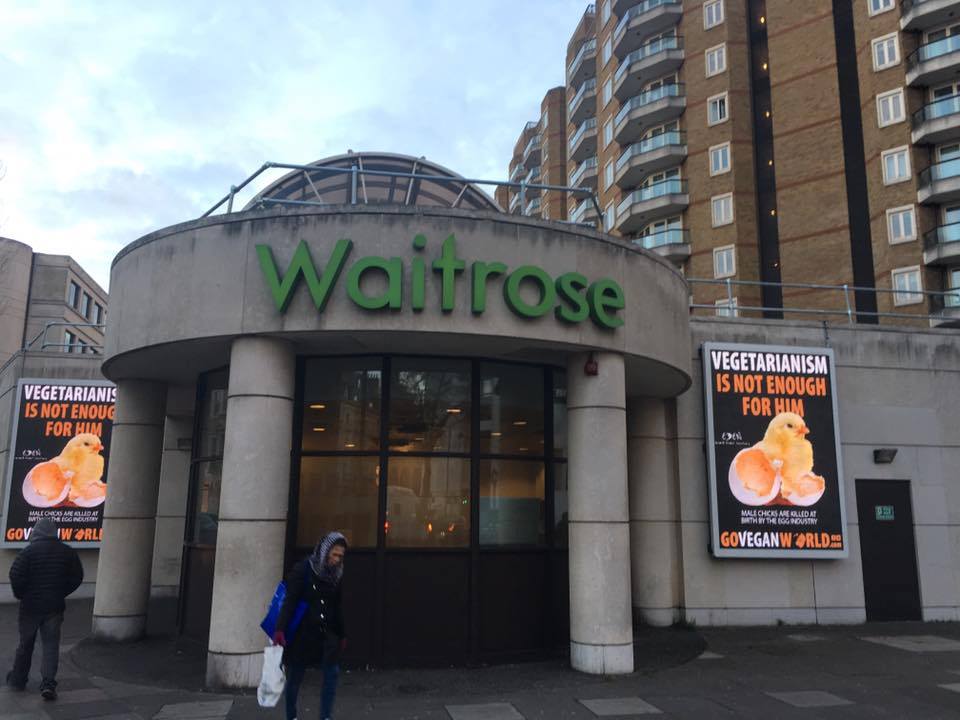 The thought-provoking new adverts are popping up everywhere from public transport, billboards, service stations to pubs to force passers by to confront and challenge the myth that using other animals is necessary for humans.

In this video, hear from the woman behind the campaign, Sandra Higgins, a vegan psychologist, educator, activist, and the founder and director of Eden Farmed Animal Sanctuary, the first of its kind in Ireland, as she shares the genesis of Go Vegan World.

Speaking about the campaign, Higgins said: “If you asked most people if they think it is wrong to unnecessarily harm other sentient beings, they would answer that it is. This is because we all know that other animals feel. They experience physical and psychological pain when we hurt them.”

There are many powerful headlines used in the campaign including ‘They Trust Us, We Betray Them’, and demand the “complete cessation of animal use by humans for food, clothing, entertainment, research or any other use”. 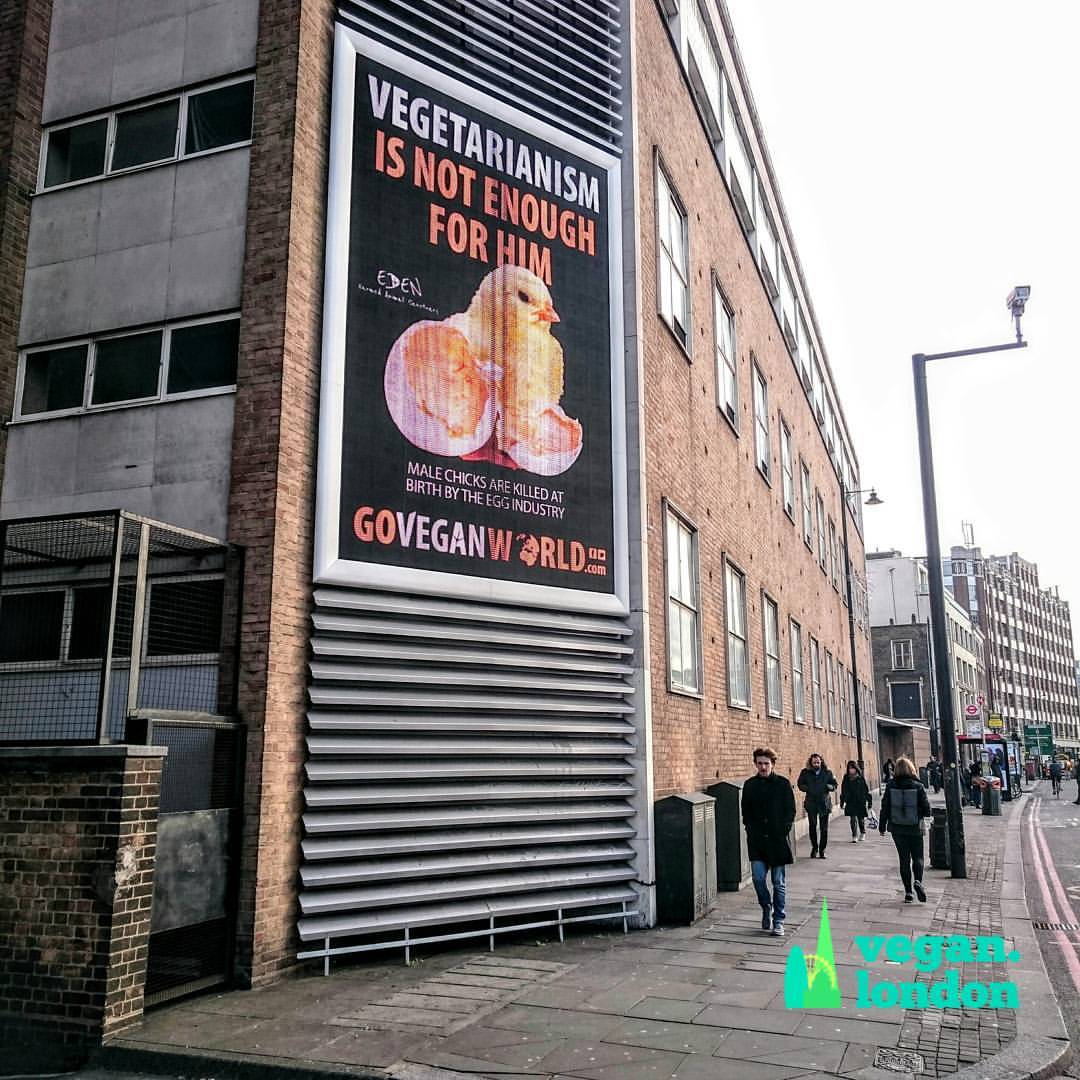 Higgins also went on to say that “veganism concerns every man, woman and child on this earth” and that human consumption of animals is, “the greatest tragedy this world has ever witnessed”.

The Go Vegan World launch is calling for uncompromising veganism through complete cessation of all animal use. Help and support is given through their website www.goveganworld.com and their Free Vegan Guide.